Did the worship of Jesus as God result from a move from a more Jewish-Christian faith to a more Greek-influenced or Christianity over time?

There have been some popular liberal NT scholars that maintained a view like this suggesting that worship of Jesus wasn’t original to 1st century Christian communities. This approach includes a liberal conception of the Bible and theology as a “historical evolution” or process. The NT statements itself however exclude this as a possibility, which we shall see. The fun thing is we don’t even have to quote an Apostolic to do so. Much like Paul quoting poets on Mars Hill, we can do the same today, quoting current NT scholars who are starting to acknowledge the truth.

Telling admissions are coming to light in recent NT scholarship that affirms what we Oneness people have maintained from the beginning. While they don’t always see or consistently apply their admissions, they are nevertheless powerful in affirming the Oneness view of God. Asking questions like, how does one reconcile the strict monotheism of the Jewish faith with the worship of Jesus? Writers like Larry Hurtado, Richard Bauckham and others are dispelling classic liberal notions saying Jesus was worshipped as God from the beginning. These scholars are even admitting things, like the use of the name of Jesus in early religious practices such as baptism, healing and casting out demons was indicative of equating Jesus with the God of the OT. Yes, they even admit Jesus name baptism points to worship of the one God (See Hurtado’s book Lord Jesus Christ).

The truth they’re acknowledging is that the NT clearly shows Jesus being worshipped! In the context of the book of Revelation this is incredibly telling because we see that when John falls at the feet of an angel to worship, he is rebuffed and told that the angel is only an instrument to communicate a message, not the source of revelation and therefore not worthy of worship. The source is God, who is the only One to be worshipped. But in this same epistle Jesus is seen as the source of this revelation and also to be worshipped (Rev. 19:10, 21:16, 20). So, the worship of Jesus is included, not excluded in the early Church! Scholars like Bauckham says this fact is incredible.

The acknowledgment is that language of Scripture itself bears Oneness out! In Rev. 11:15 the mention of God and Christ is followed by a SINGULAR verb. Further, in Rev. 22:3-4 and 6:17, the plural reading autou would be expected if this were about “persons” of a trinity, but instead what do we see? Singular verbs, not plural. Especially significant is Rev. 22:3 which refers to worship. So the point is that the Apostle John refuses to speak of God and Christ together as a PLURALITY! Even Bauckham admits this about the language of the book of Revelation.

The notion that Christian doctrine morphed into worshipping Jesus over time is no longer tenable even in liberal academic circles. Further, the Oneness of God is being lifted up by these scholars because of their defense of Jesus being worshipped. The language of the NT not only shows Jesus is included in worship, but He is the one God who is to be worshipped. What a day to be a Oneness believer! 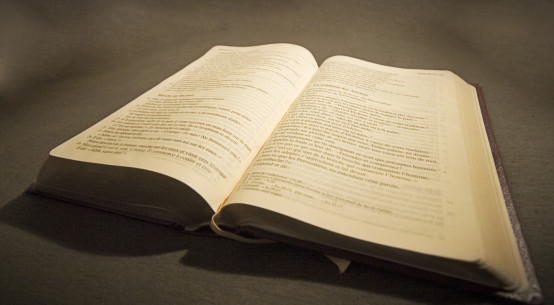