Bro. James Watson, tell us a little about yourself and your ministry.

I am now a full-time evangelist based out of the church in Detroit, MI, pastored by Bro. Art Wilson. While serving as youth director under Pastor Wilson, I was living out testimony after testimony that would turn into the core of the ministry. Our goal is to expose the weapons and vices of the enemy, share how to defeat them, and direct this generation back to the path of holiness and separation from things of this world.

What, in your opinion, is the greatest deception that Satan uses against God’s people?

I believe the greatest deception the enemy uses against the church is DECEPTION. John 8 tells us he is the father of lies and no truth abides in him. It’s been a tool of his from the beginning of mankind. Rather than having to tell a full lie, if he can just bend a portion of the truth, it can be the most dangerous weapon against the church. If the enemy would reveal the true destruction behind his weapons, the church wouldn’t be so easily convinced to fall into his traps of sin. To overcome the lies of the enemy is simple. Read the Word. Not just read it, study it. Every weapon we are given, every tool we need to defeat the enemy in warfare is found in the scriptures. One of the biggest struggles of defeating the enemy in the church today is that we are not familiar with the tools the Lord has given us. Sure, we all remember the passage found in Ephesians regarding the armor of God, but have you looked past the words to see why that illustration was given? Another key to overcoming the enemies’ attacks can be found in the title of the article, “Knowing Your Enemy.” If you don’t know who or what you’re fighting against, how can you know what weapons or tools to use in that battle? An all-too-familiar story, Job, gives us a great example of knowing your enemy. Even the devil knows to examine your enemy before attacking is wise. He examined Job before attacking. Just as in the secular issues of war, the same is true in the spiritual; you must know the enemy you’re attacking.

What is the best defense against other common deceptions and weapons that Satan uses?

Another common weapon is FEAR. Fear is a tool that can disable someone. I know from experience. When fear sets in and we allow it to take over the situation, it replaces our faith and we become helpless. The enemy knows without faith, we are not as successful in warfare. Similar to fear is doubt. Doubt will cause us to worry about our situations. Just as in the case of fear, now that your faith has been removed, you become somewhat helpless and an easy target. With being deceived into thinking we are the weaker in the battle, alongside fear and doubt, the enemy knows the battle won’t last long and will be easily won. If we have studied the weapons given to us, studied our opponent, and even know who our Father is, there is no room for the enemy’s weapons to succeed.

How can Christians strengthen themselves to overcome Satan’s attack?

While some may think it takes deep meditation, or a revelatory word spoken through a prophet at that special conference, the answer is pretty simple. Two basic principles in the foundation of every Christian’s walk with God are prayer and fasting. Prayer is our way of connecting on several levels with God. It’s the same with everyday relationships; without communication they fail. Communicating with the Lord daily will not only strengthen the relationship, but it will allow God to share things with you. Not just simple praying, but we should make it a daily practice to speak in tongues. Ephesians tells us to pray in the spirit daily and be persistent. Romans tells us that when we pray in the spirit, the Holy Ghost will make intercession for things we know not of, whether for yourself or someone else. Speaking in tongues is a sure way to ensure you are in the presence of God. It’s a way of communicating with Him that the enemy cannot decode. Fasting is key in strengthening yourself against your flesh. “Inside of me there are two dogs. One is mean and evil and the other is good and they fight each other all the time. When asked which one wins I answer, the one I feed the most” ─Sitting Bull.
That statement is so true in the spiritual world. Fasting is the way to feed your spiritual being. The more you fast and starve the flesh, the easier it will become to stand against the vices of the enemy and not be affected by them. Joined together, prayer and fasting can defeat the enemy on any level.

In what ways has Satan attacked YOU and how did YOU overcome?

Throughout the years of torment, and even after the deliverance, the enemy’s weapon of choice against me was fear. Fear had a grip on my everyday life. It had not only stolen my faith but also my time. I was more focused on convincing myself out of the fear than trying to perform simple daily tasks. It wasn’t until I was reminded by my leaders in church, the ministry team, and my pastor that the enemy cannot harm me, we have the authority over him and we control him, that I was able to truly defeat the vices against me. Along with knowing your enemy, we must also know who we are. Another area of deception is the enemy will feed lies to convince us he’s bigger than he really is, his weapons are stronger than what we have, and that we are the weaker in battle. If we know who we are, and the power and authority that is given to us, we can defeat him every time.

Can you share some success stories of individuals who have successfully overcome Satan’s devices?

Yes, there was a young man whose sister attends our church. She had been praying and asking for some time for him to visit with us. He finally gave into the request and visited. To some this may seem like a normal story: a sister invites a lost family member to hopefully get saved, but there was much more to his background that makes it a miracle and shows the true power of God. This young man was heavily involved in practicing witchcraft and performing rituals for some time, so for him to agree to attend a service was nothing short of a miracle. Something got hold of this young man, and after a few visits, the Lord had shown His might and delivered him from the occult lifestyle he was involved with. Not only was he delivered, but he was baptized and received the gift of the Holy Ghost. The second story is one my pastor shared with me a few years ago. While planting a church, and after years of hard work and sacrifice, he vowed to remain faithful to the call the Lord gave him and to stand firm on what he believed. Growth was slowly coming and just as with any other church planter, it can get discouraging. The enemy picked up on this and decided to pay a little visit. One night, the enemy visited Pastor in a dream/vision disguised as an angel of light and began to have a conversation with him. He went over all the gloomy details of church planting, painting a picture of defeat. With all that said, the enemy went into promising church growth by the hundreds if only this pastor would drop the holiness doctrine. In the moment, the delusion was so heavy that it was beginning to make Pastor think about it. The enemy had tried to confuse him and lead him down a path away from truth. A few minutes passed and then the Holy Ghost hit him. Pastor stood in the face of that enemy and said, “Not a chance!” With that, he simply commanded the enemy to leave, and he was gone. To this day, because Pastor has stayed in the truth and stayed with the holiness doctrine, the Lord has shown His power and the church has grown by the hundreds in spite of what the enemy said.

Tell us about the book you wrote. What motivated you to write this book?

Unmasking the Enemy is my personal testimony and life experience in dealing with spiritual attacks. It was written with the younger generations in mind. As a young person, born and raised Apostolic, I was clueless as to the vices the enemy used on us as a form of control. I had heard about spiritual warfare but never imagined it would or could happen to me. After dealing with the war in my life, the attacks and everything that came with them, the Lord laid it heavy on my heart to share it with as many as would listen. Not only is it an account and proof the enemy and the warfare is real, I want to make sure that everyone who reads it knows who he is, what he uses against us, and more importantly, how to win every time.

What material does the book cover?

In the book, I share the story of two demons that tormented me for several years with manifestations, visions, and even speaking to me. Having not been trained properly in spiritual warfare, I was not able to overcome the deception of fear and doubt. It was only through prayer, fasting, and the discernment of my pastor, Bro. Art Wilson, the Lord showed me the source of the attack, how they were related to music and movies I was heavily consumed with, and how to defeat them every time. From that, I go on to share a few revelations the Lord gave me through studying. We seem to overlook and forget the traits of our enemy. I simply remind the reader of them and give scripture text to support. Without giving the whole book away, one of our greatest weapons is found in our worship.

The cost for the book is $10. To order a copy or ask a Bro. Watson a question, use the link on his Facebook page: www.facebook.com/UnmaskingtheEnemy.LitMinistries/ or by email litministries@yahoo.com. 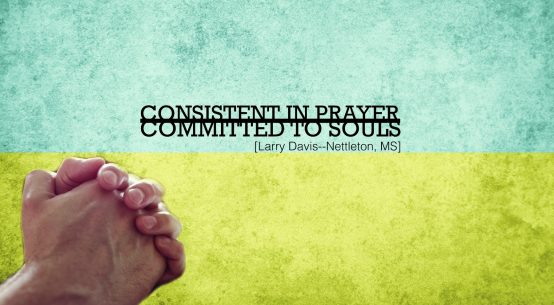 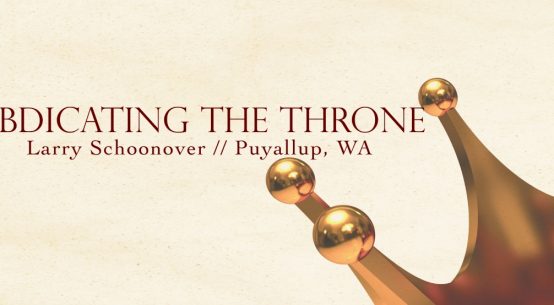