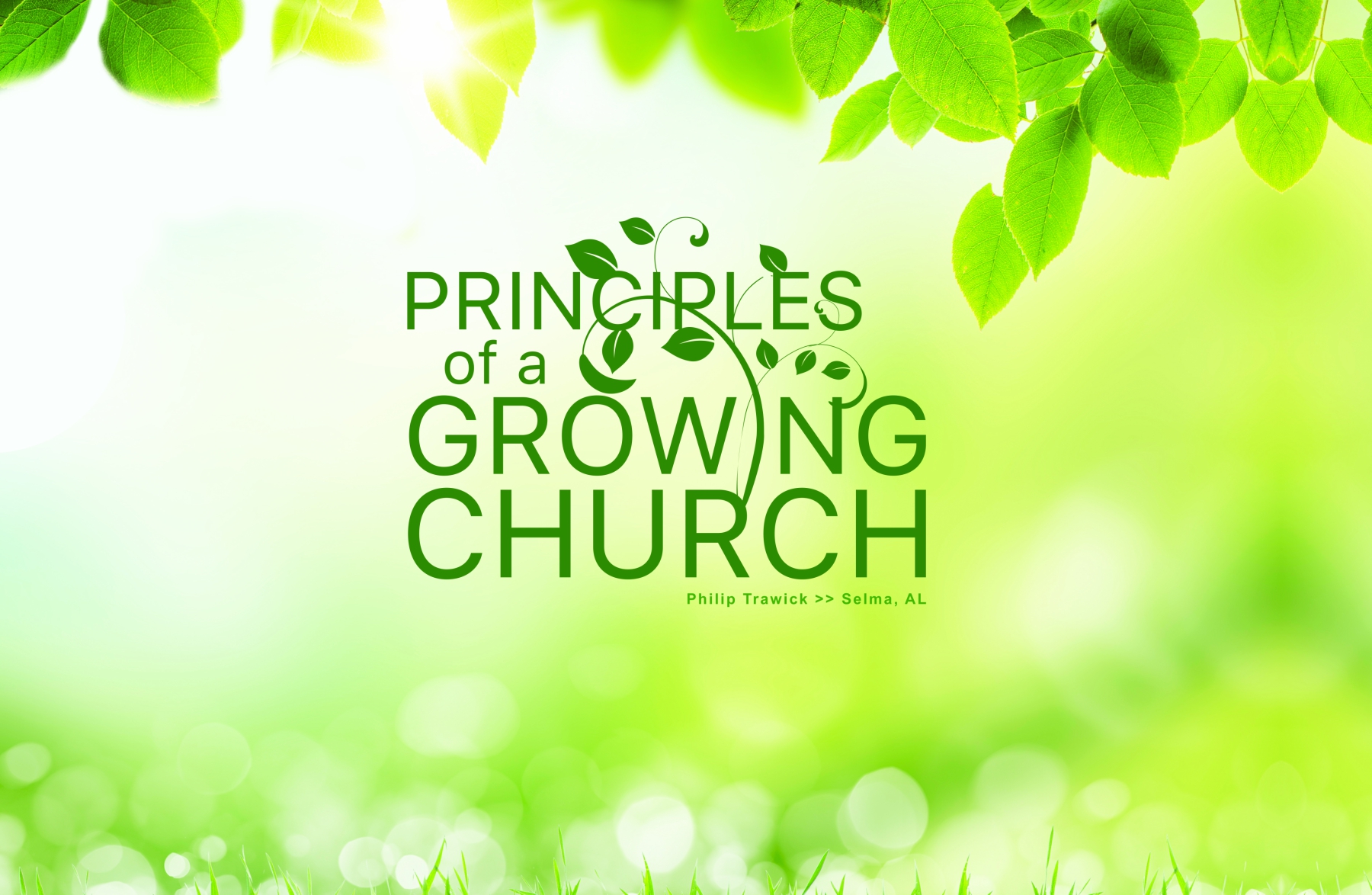 “I believe that personal evangelism is the most important factor for consistent growth. This was the pattern set by the early church, and I believe the established pattern will currently be effective,” said Bro. Philip Trawick, pastor of First United Pentecostal Church of Selma, Alabama. He currently serves as presbyter of section five of the Alabama District UPCI and district administrator for Purpose Institute. He also is a proficient writer, using his talent to write articles for the district publication, Focus.

Pastor Trawick said his priorities in the realm of evangelism are prayer, fasting, diligent study of the Word for the perfecting of the saints, the work of the ministry, and the edifying of the body of Christ (Eph. 4:12).

His church is involved in a variety of unique outreach and evangelism methods. “We have determined that some of the traditional methods of outreach don’t work in our area, so we have discontinued them,” he explained. “I currently stress personal evangelism. W

icipal offices throughout the city.

“We have an outreach/ministry program for the elderly who are shut in and cannot come to church because of physical reasons. We go to their homes on Sunday afternoon and have an abbreviated service. We rotate between the homes and an assisted living facility. Some would ask why we don’t use the Internet to reach these people, but to some elderly people personal touch means more. The departments and ministries in the church are Sunday School, Media Ministry, and Elderly Care.”

The First United Pentecostal Church of Selma is thankful for miracles within the congregation. “We have a brother who was healed of cancer,” said Pastor Trawick. “I was unaware of his condition until after he was healed. He came forward for prayer during one Sunday night service and did not share the need with me. The next morning, he called me and the cancer was gone. He had a scheduled appointment for a surgical procedure. I encouraged him to have this medically verified. He did, and it was confirmed that the cancer was gone.

“Also, there was one sister who had suffered with heart ailments for some time. She had an appointment for a procedure but asked for prayer the Sunday prior. During the procedure the following week, the doctors advanced the procedure to a certain point and stopped. They sent her home with the report that a heart procedure was unnecessary as there was

nothing wrong with her heart.”

When asked about his philosophy of ministry, Pastor Trawick said, “The example we have of the true meaning of ministry is that of Jesus at what we call The Last

Supper. He assumed the role of a servant and ministered to the disciples by washing their feet, even the feet of Judas Iscariot. Ministry is servitude. I must keep in mind that God did not call me to rule or lord over His people; I have been called to serve them.

“Periodically, I will read through the pastoral Epistles to keep myself focused and aligned with God’s expectations for the ministry.”

Pastor Trawick said he doesn’t have a favorite subject on which to preach; he enjoys teaching about a variety of topics. “I strive to be balanced,” he said. “However, I am fascinated with the greatness and power of the God we serve.”

First United Pentecostal Church of Selma is housed in a metal building with a sanctuary that will seat approximately 125 people. It has a Sunday school office, pastor’s office, kitchen, five classrooms and a sound room. “There are no unique features to our building and no prior uses,” the pastor said. “It was built for the purpose of worship. Currently, there are no plans to build additional rooms, etc. Our hope is that any expansion will be in the form of new facilities.”

Many aspects of Pastor Trawick’s youth influenced his ministry. “As a child, my sister and I had the privilege of spending time with our grandparents,” he explained. “They were country people and my grandmother was a woman of great faith. She had the ability to take simple examples from gardening, such as plowing a straight row, planting seed and reaping what is sown, and she taught me some of the great lessons of the teachings of Jesus. Those lessons were imbedded in my mind, and I will never forget them. They have impacted my life as much as any sermon I ever had the privilege of hearing and I have been privileged to hear some great ones. Those experi

ences played a crucial role in shaping my life and the prayers that she prayed for her grandsons to be ministers of the gospel have been fulfilled many times. I was 16 years old when I first felt the call to ministry.”

As stated above, his grandmother played a crucial

role in the spiritual formation of his early life. “Her guidance helped influence my ministry to a great degree,” said Pastor Trawick. “Also, even before receiving the Holy Ghost, I listened to many sermons preached by Marvin Hicks. I had a portable cassette player and I would listen to the sermons by Bro. Hicks when I went to bed at night. His messages were the last thing I would hear before going to sleep. I never had the privilege of meeting the man but he influenced my ministry. I began my ministry around 24 or 25 years old; my first sermon was during a youth service in the church I was attending at the time.”

There have been many milestones during Pastor Trawick’s many years of ministry. “I think the first milestone would be when the first person received the Holy Ghost in a service where I preached,” he said. “Other milestones would be the positions of leadership God has allowed me to fulfill. Each position helped me understand the great responsibilities of administration in the church.

The First United Pentecostal Church of Selma was started in the early 1970s when an Air Force base was still active in the city. “I don’t know who actually started the church but former pastors include retired missionary Don Clenney,” said Pastor Trawick. “My first service in the church was before we were members there. We were ministering in a church in another city and were called to fill in for the weekend in the pastor’s absence. After becoming pastor, we knocked doors and utilized an aggressive visitor follow-up procedure.”

He said his favorite preacher, for many reasons, is Jerry Jones. “I still love to hear him preach.”

What does Pastor Trawick do in his leisure time? “You might be surprised to know that I am a former Jiu Jitsu instructor,” he said. “I also like holidays and relaxing time with the family, grilling food and sitting around a fire pit. Being a bi-vocational pastor, leisure time is rare. But I do enjoy reading and I try to read broadly. My favorite author is Louis L’amour. When time and the opportunity presents itself, I enjoy the shooting sports and hunting.”