Bro. D.G. Hanscomb, tell us about your current involvement in ministry. I am a full-time associate minister with Global Missions working under the supervision of Bro. Bruce Howell. I teach Apostolic Theology and Church History in various countries, notably in the country of China. I also evangelize and teach in Bible schools in the U.S.

Share your personal testimony and conversion from Catholicism into the Apostolic faith.

At the age of 15, I entered the Catholic Seminary in Three-Rivers, Quebec, Canada. This was born out of my desire to know God in a more personal way and to serve the Roman Catholic Church. The eight years that followed would prove to be very challenging as I went from the seminary of philosophy to the seminary of theology to the Trappist Monastery and finally in 1972 to an old fashioned Apostolic church altar, where at the age of 23 my life was forever changed. After being disillusioned by the contradictory and confusing teachings of the Catholic Church, one day I just asked the Lord to lead me to absolute truth. I was tired of ritualism and formal worship. God answered when I prayed that prayer. Not knowing any Apostolic people, it took the Spirit of God to lead me to the door of His house. In the fall of 1972, I was introduced to the Lily of the Valley. I was excited because I knew that my being in that service was the Lord’s doing. On that same day, I repented of my sins, not before a mortal priest, but before our High Priest who is able to forgive our sins. I was also baptized that day in the name of Jesus and received the baptism of the Holy Ghost. That was 45 years ago. It has been a good life living for the Lord, and I have never looked back.

Tell us about your first book, From Rome to Jerusalem , and how you came to write it.

My whole life experience with the Roman Catholic Church and my discoveries of contradictions and confusion surrounding the Catholic faith led to the writing of my book. It appeared often to me, during my course of theological study, that the Catholic theologians were actually contradicting their own Roman Catholic theology. One of the most outstanding scholars in the history of Catholicism had written a Dictionary of the Bible , and his writings concerned the trinity. I was taken aback by his words: “ The trinity of God is defined by the church as the belief that in God are three persons who subsist in one nature. This belief was reached only in the 4 th and 5 th centuries A.D. and hence is not explicitly and formally a Biblical belief .” In my mind, I felt this was contradiction of our own dogma concerning the nature of God. I quickly resorted to more research, hoping to challenge his denial of the trinity. I was shocked to find that the new encyclopedia, written by other Catholic scholars, actually supported his writings. I discovered in the New Catholic Encyclopedia 1965 – Spirit of God : Volume 13, pp. 574-576: “ The formation of three persons was not solidly established into Christian life prior to the 4th century. The Old Testament clearly does not envisage God’s Spirit as a person! God’s Spirit is simply God’s power. The majority of New Testament texts reveal God’s Spirit as something not someone .” I realized that at the end of the day the only thing with eternal value is truth. The truth, in this matter, is that there is no trinity ! There never has been nor will there ever be a trinity of the Godhead.

In what ways has the Catholic Church attempted to destroy the Oneness message, both today and historically?

History tells us that there was growing intolerance for the “heretics” of the church. St. Thomas Aquinas, Roman Catholic Dominican priest in the 13th century, is held in the church to be the model teacher for those studying for the priesthood, the master and patron of all Catholic schools. He wrote: “With regard to heretics; two points must be observed; one on their own side and the other on the side of the church. On their own side there is sin whereby they deserve not only to be separated from the church by excommunication but also severed from the world by death!” Giovanni Battista Bugatti (1779-1868) was the papal executioner and was employed by six different popes. Through the papal guillotine, 516 people lost their heads from 1796-1865 at the hands of Bugatti. I remember thinking as I knelt at the foot of the statue of the Virgin Mary, “Why so much blood when Jesus said to love your enemies?” Pope Sixtus V (1520-1590) was the most infamous figure of the Counter-Reformation. Local legend states that the intolerance of this particular pope resulted in more heads rolling on the chopping block than melons in a Roman market. Michael Servetus, a 16th century theologian, was burned at the stake by orders of Pope Julius III, also John Calvin, on October 27, 1553 for being in denial of the holy trinity.

Your latest book is Now Are Ye the Sons of God . What can we learn from this today?

How do we order your books, the cost, and the best way to contact you? 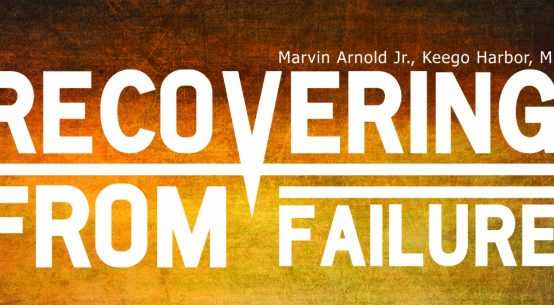 You Can Win Souls