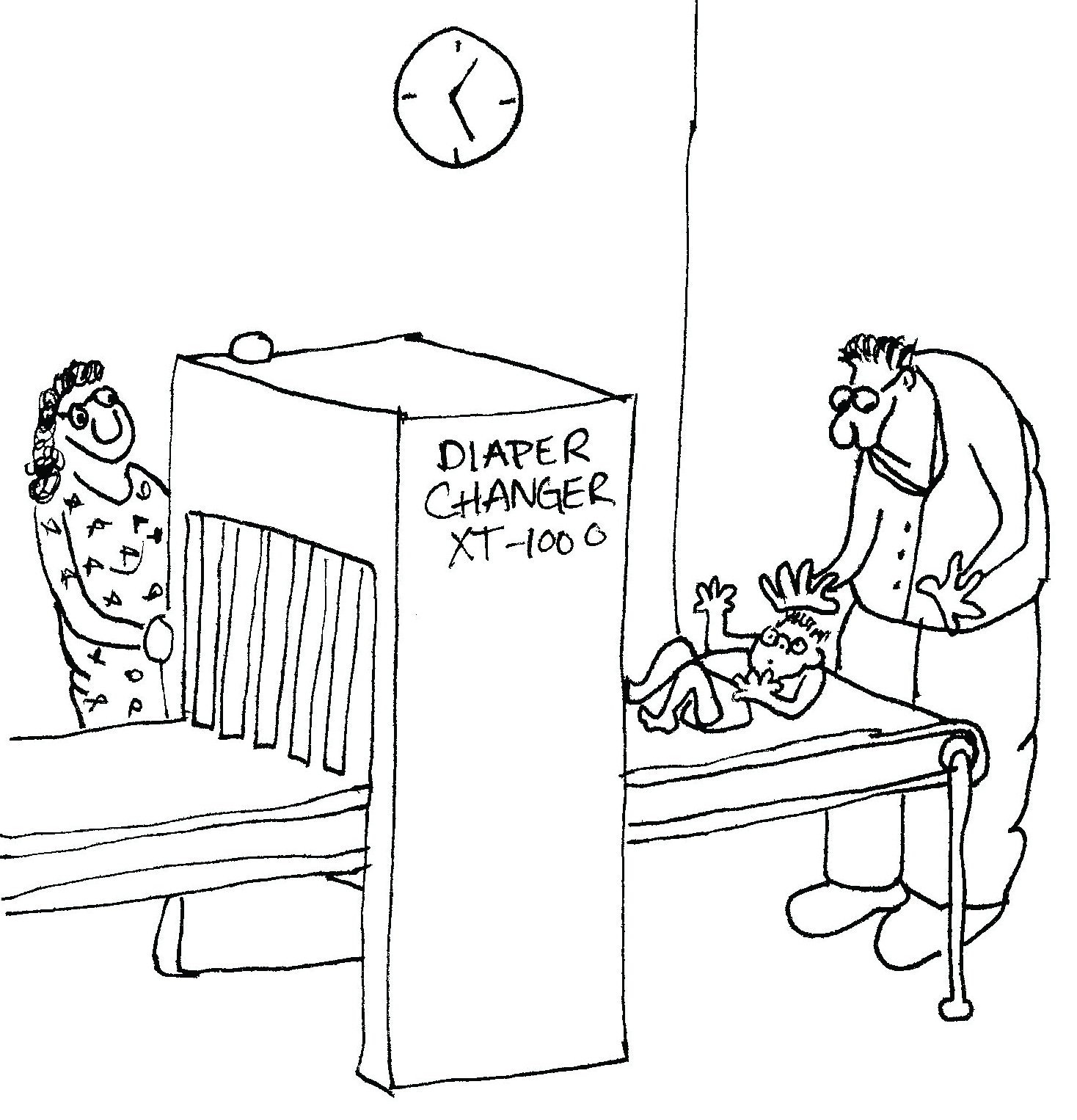 “If absence makes the heart grow fonder, a lot of folks must love their churches.”

A blind man sat on the steps of a public building with a hat by his feet. He had propped up a sign nearby which said, “I am blind, please help.”

There were only a few coins in the hat. A man walking by took a few coins from his pocket and dropped them into the hat. He then took the sign, turned it around, and wrote some words. He put the sign back so that everyone who walked by would see the new words.

Soon the hat began to fill up. A lot more people were giving money to the blind man.

That afternoon the man who had changed the sign came by to see how things were doing. The blind man recognized his voice and asked, “Did you change my sign this morning? What did you write?”

The man said, “I only wrote the truth. I said what you said but in a different way.”

He had written, “Today is a beautiful day and I cannot see it.”

Melanie (age 5) asked her Granny how old she was. Granny replied she was so old she didn’t remember any more. Melanie said, “If you don’t remember you must look in the back of your panties. Mine say five to six.”

Brittany (age 3) had an earache and wanted a painkiller. She tried in vain to take the lid off the bottle. Seeing her frustration, her Mom explained it was a childproof cap and she’d have to open it for her. Eyes wide with wonder, the little girl asked: “How does it know it’s me?”

Susan (age 4) was drinking juice when she got the hiccups. “Please don’t give me this juice again,” she said, “It makes my teeth cough.”

DJ (age 4) stepped onto the bathroom scale and asked: “How much do I cost?”

Tammy (age 5) was with her mother when they met an elderly, rather wrinkled woman her Mom knew. Tammy looked at her for awhile and then asked, “Why doesn’t your skin fit your face?”

“Is it true,” she wanted to know, “that the medication you prescribed has to be taken for the rest of my life?”

There was a moment of silence before the senior lady replied, “I’m wondering, then, just how serious is my condition, because this prescription is marked ‘NO REFILLS.'”

“Good, what are we having for breakfast?” said Dewey, the new husband.

The new appliance was a real hit in the church nursery.