Skip to content
You are here
Home > In This Issue > From the Publisher > Paul D. Mooney – We Will Become One Thing Or The Other

Abraham Lincoln, kicking off his campaign for the United States Senate on June 16, 1858, presented a radical statement. The speech is noted in Donald T. Phillips recently authored book, Lincoln on Leadership for Today. Lincoln had chosen an expression from Mark 3:25 to describe the state of the Republic at that moment. His campaign managers were advising him against the possibly inflammatory remarks. With conviction, he responded to their hesitancy: “The proposition is indisputably true, and I will deliver it as written.”

“‘A house divided against itself cannot stand.’ I believe this government cannot endure, permanently half slave and half free. I do not expect the Union to be dissolved — I do not expect the house to fall — but I do expect it will cease to be divided. It will become all one thing or all the other. Either the opponents of slavery will arrest the further spread of it, and place it where the public mind shall rest in the belief that it is in the course of ultimate extinction; or its advocates will push it forward, till it shall become alike lawful in all the States, old as well as new — North as well as South.”

Phillips described Lincoln’s address as “bold, morally courageous” for the time. I believe there is a possible application to Lincoln’s remarks that we need to consider. I am hoping that our dear readers will take my thoughts as an appeal to contemplate the consequences of disunity as a matter that determines our ability as a body to succeed together. “Every kingdom divided against itself is brought to desolation” (Matthew 12:25).

The Pharisees accused Jesus of casting out the devil by the power of Beelzebub, the prince of devils. Jesus responds by saying, do you really think the devil is divided against himself? “But if I cast out devils by the Spirit of God, then the kingdom of God is come unto you” (Matthew 12:28). Therefore, there is no cooperation with the devil’s agenda. The objectives are incompatible. Bible commentator John Phillips says on this passage, “(Jesus) argued that what the Pharisees had just said in their jealous rage was inconceivable, inconsistent, and incongruous.”

Kingdoms divided against themselves fall. Division destroys all kingdoms, all nations, all churches, all businesses, and all families. However, Lincoln’s fear was not that the country would be dissolved necessarily, but that it would unite under slavery. As he put it, “It will become all one thing or all the other.” Because, only in some position of unity or agreement could the nation go forward. Unity was and is necessary to survive. Allowing disunity, especially as it pertained to this issue, was an accommodation of evil, and a half-free America was not a free America at all.
To ignore the division or the division’s cause was a step closer to destruction.

Note Jude’s admonition: “Beloved, when I gave all diligence to write unto you of the common salvation, it was needful for me to write unto you, and exhort you that ye should earnestly contend for the faith which was once delivered unto the saints” (Jude 1:3). Contend for that “one” faith. Lincoln might put it this way — if we don’t stay unified under that “one” faith we will unify as something else. Eventually, if we haven’t already, our movement will decide – we will either be unified as Oneness, holiness, believers of the essentiality of Jesus’ name baptism and the infilling of the Holy Ghost or it will cease to unite us — and we will be something else.

One of Lincoln’s most profound quotes, in my collection, is this:  “Pulling people back from the extremes is one of the most difficult jobs a leader can undertake, Presidents in particular.” As a pastor, friend and an organizational servant, I have found that the possibility of pulling someone back from an extreme position doctrinally or ethically is exceedingly difficult. Often to my sorrow and failure. The spark of disunity must be addressed immediately or we risk the flame of destruction. We cannot accommodate dualities for too long in our thinking, our expressions of faith – we won’t pull it back. 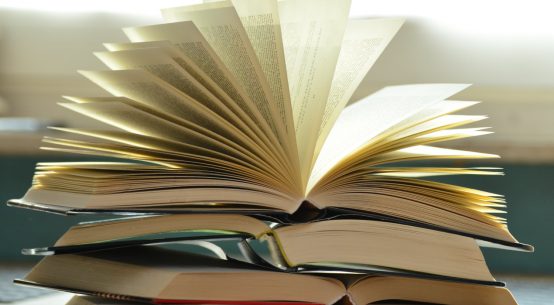