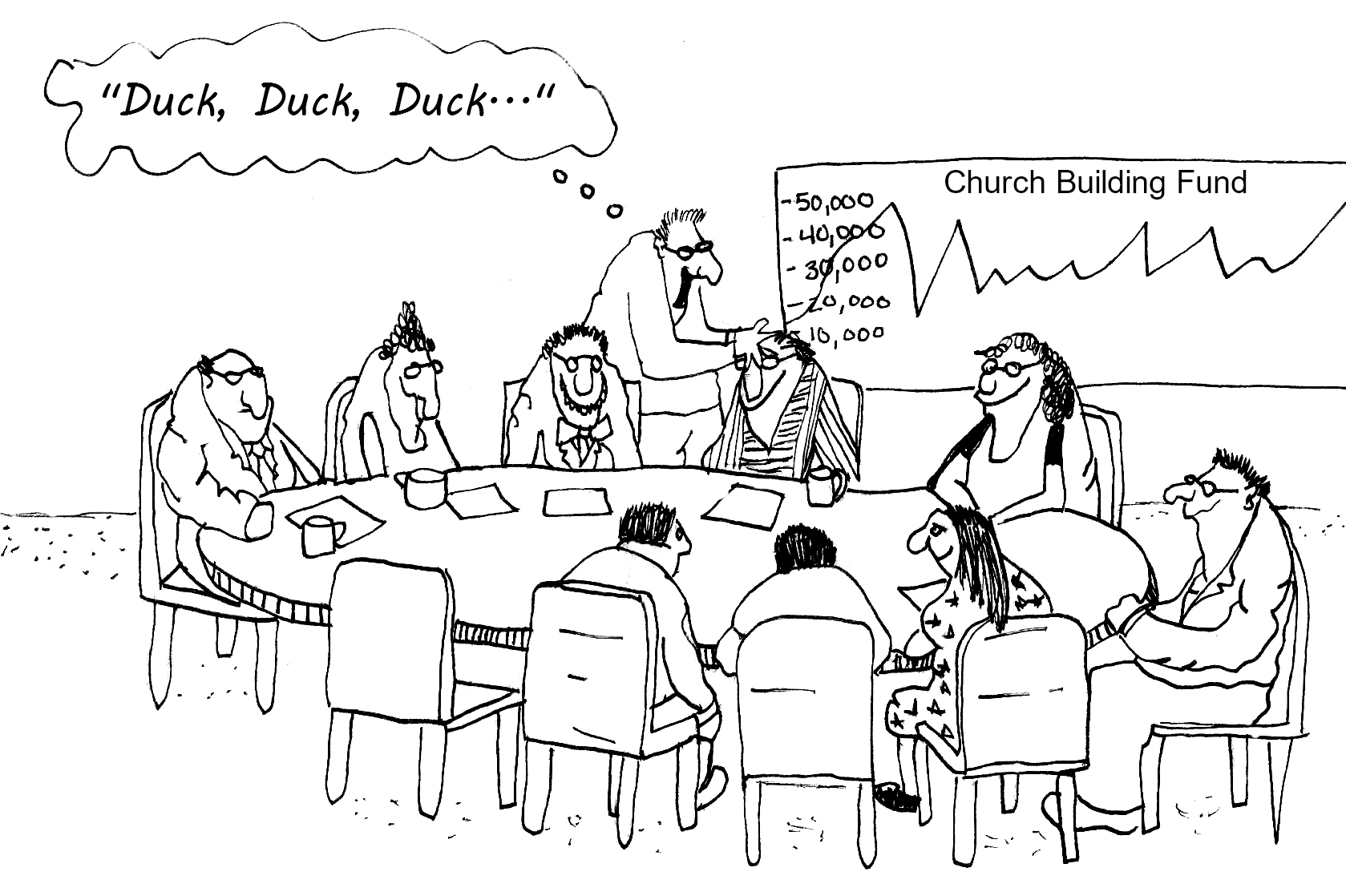 “Dad, I think the Smiths next door are angry at us.”

“They’re probably mad because our dog can retrieve the newspaper, and theirs can’t.”

“How could you possibly know that? We don’t even subscribe to the paper.”

“Yeah, that’s probably got something to do with it, too.”

“Good, what are we having for breakfast?” asked Dewey, the new husband.

The Growth Committee at the Pine Creek Church was severely misdirected.

The awkward moment at church when you go for a handshake… and they go for a hug.

A Texan was taking a taxi tour of London and was in a hurry. As they went by the Tower of London, the cab driver explained what it was and that construction of it started in 1346 and was completed in 1412.

The Texan replied, “Shoot, a little ol’ tower like that? In Houston we’d have that thing up in two weeks!”

“Well, boy, we put up a bigger one than that in Dallas and it only took a year!”

As they passed Westminster Abbey, the cab driver was silent.

“Whoa! What’s that over there?” asked the Texan.

The driver replied, “I don’t know, it wasn’t there yesterday.”

Johnny: “Would you punish me for something I didn’t do?”

Teacher: “Why, of course not.”

Johnny: “Good, ’cause I didn’t do my homework.”

The church board members knew the importance of unwinding after a high-pressured meeting.

News You Can Use – 15 Ways to Improve Your Preaching