“I am Alpha and Omega, the beginning and the ending, sayeth the Lord, which is, and which was, and which is to come, the Almighty” (Revelation 1:8).

The One Who Was

I believe that the One who was is referring to His first coming. If you read Micah 5:2, it says something very explicit beyond His birth location concerning His eternal identity to Israel. It says “But thou, Bethlehem Ephratah, though thou be little among the thousands of Judah, yet out of thee shall he come forth unto me that is to be ruler in Israel; whose goings forth have been from of old, from everlasting.” So it talks not only about the place this One is going to be born but signifies something about His eternal identity.

Isaiah 9:6 says, “For unto us a child is born, unto us a son is given: and the government shall be upon his shoulder: and his name shall be called Wonderful, Counsellor, The mighty God, The everlasting Father, The Prince of Peace.” It not only reveals to us that it is a child that is going to be born, but there’s something eternal about this One that is coming. He is the mighty God and He is the father of all eternity. Only our God who dwells and lives in eternity and who possesses life can offer us eternal life. Only He has it, so only He can give it.

Gabriel told Joseph, “You’re going to call his name Yeshua.” This means Jehovah-Saviour. Jehovah, who has become our salvation and our Saviour. It shows His purpose: salvation. And it shows His eternal identity: Jehovah.

Isaiah prophesied His name would be Immanuel. Well, we know they didn’t call His name Immanuel, they called His name Jesus. Matthew added to this prophecy. It is a statement that gives the full impact of the eternal identity of this Child. He is “God with us.”

2 Corinthians 5:19 says He came for the express purpose of reconciling and restoring a broken, shattered, sin-scarred life and humanity back into a right relationship with its Creator. Only God could do that.

Acts 20:28 says that God has purchased the Church “with his own blood.” God paid the purchase price. When Jesus Christ came as a man, He laid down His life, and He paid the price. The Bible says you were purchased with the precious blood as of a lamb slain without spot and without blemish. So how did God do it? The Bible says that He humbled Himself and became like a servant. He humbled Himself and took on the form of man, the form of humanity. Jesus Christ died. He was buried. He bled. He prayed. He cried. He grew. He suffered. He was tempted in every point like as we are. He lived among us and He died, but He had power over death, hell and the grave and rose up triumphant.

1 John 1:1-3 tells us that “the life was manifested.” It was made visible. People actually had a conversational relationship with Him. They touched Him. They handled the very Word of life. You see, Jesus is the eternal God who came to us. He is the sole possessor of eternity who humbled Himself and became flesh to die for our sins so that you and I could be partakers in eternal life. Eternal life was the promise that He gave us from the beginning.

Hebrews 9:15-17 talks about God’s will, and it talks about the testator. It says for “where there is a testament,” or a will, “there must of necessity be the death of the testator.” The power of the testament, or the will, is after the man is dead. Otherwise, it will have no strength while the testator lives. And you can only inherit what the testator possesses. Our inheritance is eternal life through Jesus Christ our Lord. Only He possesses it, so only He can give it. This is why God—the possessor of eternal life and the Testator of the will—came to us as a man and died at Calvary, so that you and I could be partakers of eternal life.

Jesus didn’t just robe Himself in flesh; He became flesh. He was manifest in the flesh. He came to us bodily. We also see Jesus Christ was the fulfillment of the Tabernacle.

John the Baptist shows us this. He said, “I am the voice of one crying in the wilderness preparing the way of Jehovah making straight in the desert a highway for our God.” John knew who he was preparing the way for—Jehovah. But when he saw Jesus, he didn’t say “behold Jehovah.” He said, “Behold the Lamb of God.” Jesus Christ perfectly fulfilled the Tabernacle plan of salvation that focused on deity and sacrifice. Deity fused itself with sacrifice, in Jesus Christ, for the express purpose of our salvation.

Years later, when John was in prison, the disciples came and asked Jesus, “John wants to know if you are truly the one that he was preparing the way for or should we continue to search for another?” John understood his mission: he was preparing the path for Jehovah. Notice what Jesus replies, “Go and tell John the things which you do hear and see. Tell him the blind see, the lame walk, the lepers are cleansed, the deaf ears hear, the dead are raised, and the gospel is preached to the poor.” That might not mean a whole lot to you, but it did to John. Jesus was actually referring to a scripture in Isaiah 35:3-6 that declared miraculous things that would take place when Jehovah came to save us. When that message came back to John, he could say, “Mission accomplished. I prepared the way for Jehovah who would come and save us.”

One day Jesus was talking to the Sadducees, scribes and the Pharisees. Jesus says, you know Abraham was glad to see my day. They discounted him as being a little bit off and crazy, and said, “You’re not even 50 years old.” But then he said, “Before Abraham was I am.”

The One Who Is

In Colossians 2:9, Paul writes, “For in him dwelleth all the fullness of the Godhead bodily.” The word dwelleth is present tense, continual. It was written years after His ascension. Yet, Paul says the fullness still dwells bodily. This same Jesus who left and went into the clouds, you shall see Him ascend from Heaven with a voice, with a shout, with a trump, and with His angels and with ten thousands of His saints. He is our God!

The One Who Is to Come

Jesus said a time will come when “I will show you plainly of the Father.” Jesus said there’s going to be a time coming when He won’t veil things any longer. He won’t speak to you in parables. He will express and show forth so everybody understands and is in full understanding of who He is.

Paul writes to Timothy about a time that is coming when God will reveal plainly His identity. It is at Christ’s second coming, “… until the appearing of our Lord Jesus Christ. Which in his times he shall shew, who is the blessed and only Potentate, the King of kings, and Lord of lords; Who only hath immortality…” 1 Timothy 6:14-16. His second coming reveals His oneness!

Revelation 19:16 says, “And he hath on his vesture and his thigh a name written, King of Kings and Lord of Lords.” When He returns there will be no confusion. Every knee will bow, every tongue will confess that Jesus Christ is Lord. The One who is coming is almighty God. Jesus Christ is God, no matter how you slice it!

The signs of the times reveal to us that the One who is to come, the first and the last, the beginning and the ending, the Almighty, is coming. He’s coming. The question is, are you ready for the return of Jesus Christ? 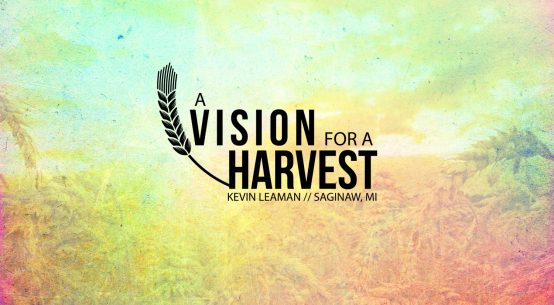 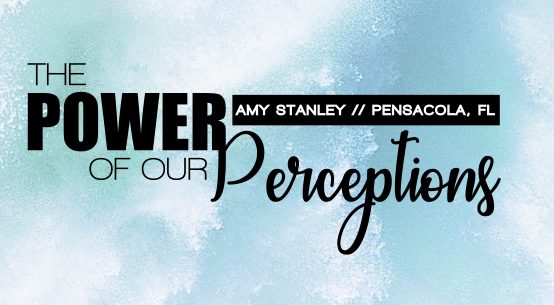