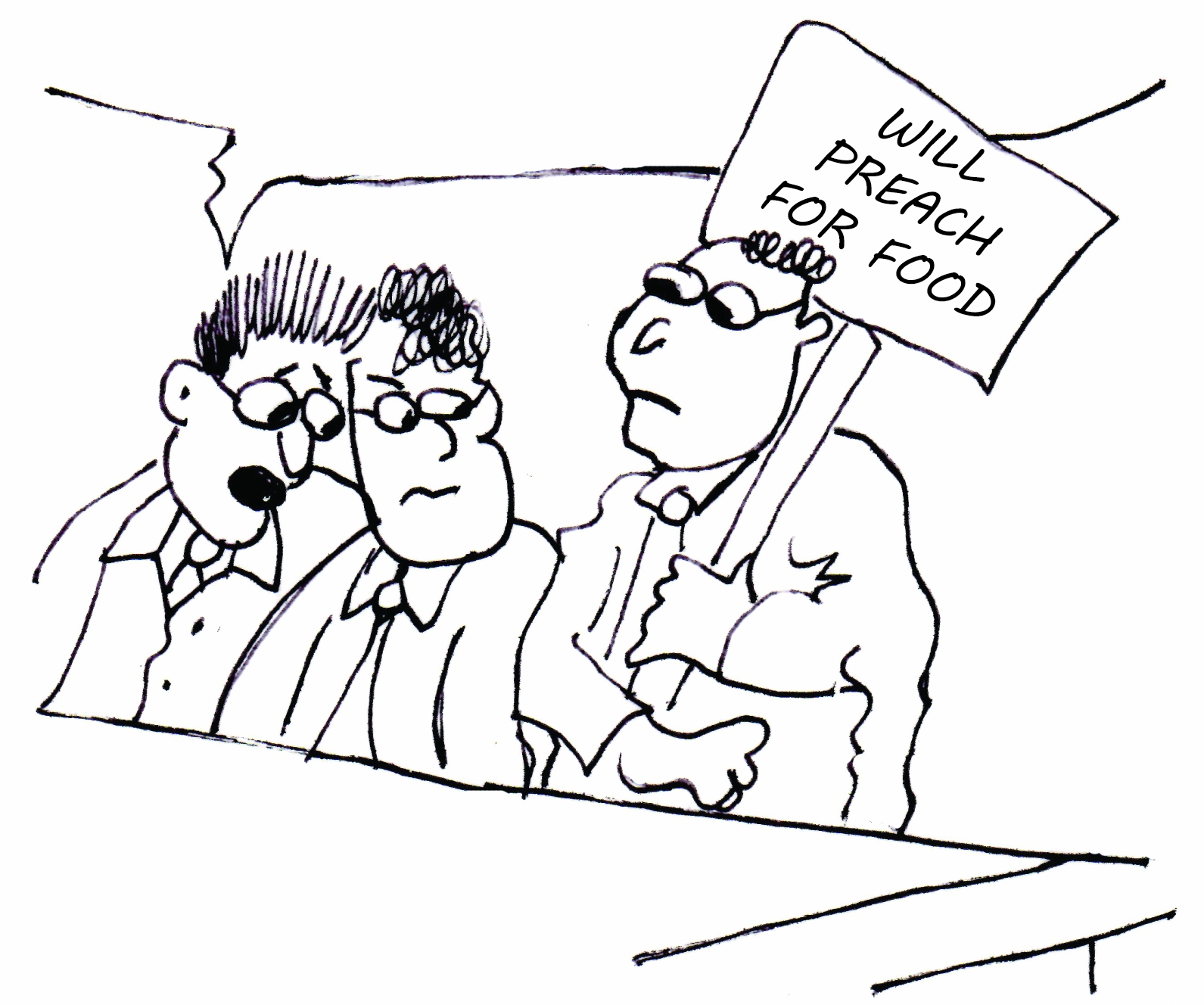 “If a church wants a better pastor, it can get one by praying for the one it has.”

A lady noticed her husband standing on the bathroom scale, sucking in his stomach.

Thinking he was trying to weigh less with this maneuver, she commented, “I don’t think that’s going to help.”

A nursery school teacher was delivering a minivan full of kids home one day when a fire truck zoomed past. Sitting in the front seat of the fire truck was a Dalmatian dog. The children started discussing the dog’s duties.

“They use him to keep crowds back,” said one youngster.

A third child brought the argument to a close. “They use the dogs,” she said firmly, “to find the fire hydrant.”

A minister decided that a visual demonstration would add emphasis to his Sunday sermon. Four worms were placed into four separate jars.

– The first worm was put into a container of alcohol.

– The second worm was put into a container of cigarette smoke.

– The third worm was put into a container of chocolate syrup.

– The fourth worm was put into a container of good clean soil.

At the conclusion of the sermon, the minister reported the following results:

– The first worm in alcohol – Dead.

Just then a little old woman in the back quickly raised her hand and said, “I get it! As long as you drink, smoke and eat chocolate, you won’t have worms!”

A little girl was in the kitchen watching her mother prepare for the following day’s Christmas dinner.

She asked, “Mommy, can I please have a cat for Christmas?”

Her mommy replied, “No, you’ll have turkey like the rest of us.”

“I’m new on the finance committee… is it true that the pastor hasn’t had a raise in three years?”

When Adam stayed out very late for a few nights, Eve became upset. “You’re running around with other women,” she told her mate.

“Eve, honey, you’re being unreasonable,” Adam responded. “You know you’re the only woman on earth.”

The quarrel continued until Adam fell asleep, only to be awakened by a strange pain in his side. It was his darling Eve poking him rather vigorously about the torso.

“What are you doing?” Adam demanded.

He thinks about it for a bit and then says in a soft voice, “Well . . . there’s nothing wrong with your eyesight.”

As husband comes in from the garage scowling, his wife asks, “What’s wrong?”

He replied, “I lost something. I distinctly remember that I had put it somewhere safe in the garage.”

She asked, “How many safe places are there in the garage?”

“Clearly one more than I can remember.”