David Alexander III, Pensacola, FL – What if someone comes in who is mentally ill, waving a gun, and it’s creating fear among your congregants? What if someone runs in and says, “Help! Someone is chasing me!”?

Men and women’s ministries can be direct lines of communication to help with domestic situations that could perpetually come up in your places of worship. This is especially true when the sister is saved, and the husband isn’t. The husband can show up at the church and create a scene. Someone, at least, needs to be appointed to lock the door.

Just as Nehemiah had a sword in one hand and a trowel in the other, as a pastor I have a responsibility to protect those God has placed under my care.

Some say they don’t want guns in the church, and that’s fine, but you still need a plan.

David Tipton, Grenada, MS – One would think such senseless acts of violence would take place in larger cities, but we found out, after what happened in Sutherland Springs, Texas, that’s no longer the case. These questions need to be asked: “What if it happened here?” “Who’s going to call 911?” “Who is the backup?” “Who’s going to talk to the media?”

Now, more than ever, our pastors have to be proactive to ensure the safety of our congregants and guests. Right now, our churches are completely vulnerable.

If you have proper training and defined roles, I have no problem with firearms at all. My recommendation is to identify persons in your congregation who have retired from the military or are serving in law enforcement. Certainly, you would want people who have people skills and mental and emotional stability.

My wife was nearly abducted one time. A man had a hand around her throat and was trying to force her into a waiting car. She prayed under her breath, and she will testify that something was actually restraining him that kept him from doing her harm. Still, there are other cases when someone prays and that doesn’t happen.

Prayer is first and foremost. As somebody in one of the wars once said, “I’m going to pray, but I’m going to keep my powder dry.”

Dan Cox, Warsaw, IN – We do have armed security, but you also need to have a security guide for procedures placed into your church bylaws, in case there is an incident. We recently had a camera security system installed that covers the parking lot as well as inside the church.

The people most likely to be taken out in the case of a tragedy would be the ushers, because they are the first people a shooter would encounter. So you should also have designated people in the audience who are trained and prepared — people who basically sit in the same place all the time.

We brought in a professional security trainer to train our people in case of an emergency situation. Having security for our church family doesn’t mean we’re not a praying, believing church. We still see signs, wonders and miracles, and you don’t have those without faith!

Carlton Coon, Springfield, MO – It is unfortunate that the words church and security have to be used in the same sentence. We have already rethought our security. Several people in our church have careers that position them to carry firearms. Another fellow is a martial arts expert. He is actually in the Martial Arts Hall of Fame. These people are qualified to serve as an informal security team. They are approved to take necessary action should there be a threat.

Obviously, I believe in prayer. I also believe in being prepared to address whatever comes. We are surrounded by violence. A person angry with his or her spouse could come in and do great harm. We apply the adage, “Watch and pray.” I’ve also communicated that those who are not licensed to carry are not to bring a gun to church.

Lionel Traylor, Jackson, MS – David was a doorkeeper in the house of God, but he was also a man of war. I believe that’s why he was a doorkeeper. Peter held his sword, while he accompanied the Lord and did ministry with Him. I don’t believe he had to go and find his sword when trouble came. I’ve got sword carriers around the church, and I have had them since the inception of our ministry; but we have doubled down on it because of the rash of church shootings.

Two of them already work in security in their secular jobs. Some of them are military, so they are trained. These are faithful men and women of God, full of the Holy Ghost — persons who show signs of stability. These are people I know and trust. They are also bold. They are people who will eliminate the aggressor.

Some church shootings are random and some are intentional. In Texas, it was a vendetta. Any of those things can happen in our churches. A person can simply show his disdain for our traditional values on marriage, homosexuality or anything. We don’t even have to know who the person is.

Spirits are angry. Society is irreverent to the Christian church. America is not really protecting the Christian faith, so we have to pray and protect ourselves. Like anything we pray about, faith without works is dead.

James Whitmer, Newton, TX – The shooting in Sutherland Springs, which is about 300 miles from us, heightened our awareness as to how lax we are at taking people for granted and giving them the benefit of a doubt. We’re in a rural church, in a community of about 300. Everybody knows everybody, and you wouldn’t expect something like that to happen.

Now, the elders and men of the church are paying more attention to who comes in and out of the church. A couple of men in our church have concealed carry license permits, and I let them know that it is acceptable to carry, as long as the weapon is concealed, and that them being armed would probably benefit us.

I don’t believe it’s an indication of less faith. It’s just keeping up with the times. You can’t wait for something to happen to you before you make changes. 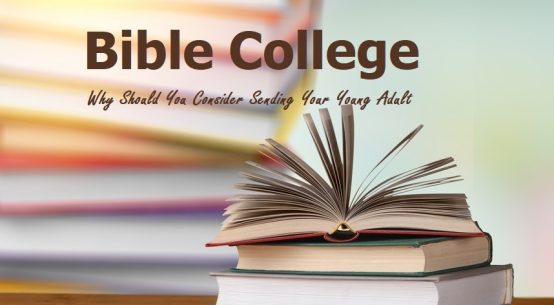 Bible College – Why Should You Consider Sending Your Young Adult 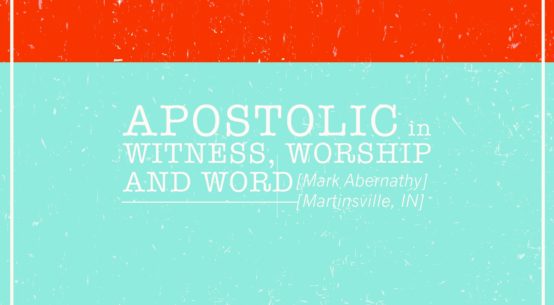