“We want to meet people, wherever they are, and lead them to Christ,” said Pastor Mark A. Johnson of Life Tabernacle Church in Elkhart, Indiana. “Our vision is to love God and love people. We have a multi-cultural congregation with 14 different backgrounds represented, so we strive to cross barriers and reach other groups that are diverse. We have a goal to impact our community with the gospel, and to impact our state and the world through missions, by both giving and going to preach and teach.”

“We are focused on meeting people’s needs to open space in their life to fulfill their spiritual needs,” said Pastor Johnson. “My priority as pastor is in growing people and finding opportunities to help them succeed. Fathering and training sons, as my good friend Nathan Scoggins has preached many times, are my focus today. God calls, and we develop our callings together.”

The methods that have worked best for increasing attendance at Life Tabernacle Church have been special events such as revivals, block parties, graduating young people from life skills training, and music groups. These are the big events people come to and stay because of the worship, teaching and preaching. “Our members bring their friends and acquaintances to church, and we have a constant flow of guests seeking God in their lives as a result.” Bro. Johnson explained. “It’s been said that a new person will stay in church after a year if they develop seven friends, so to keep people, we try various ways, such as small groups, to connect with them. We also have a coffee shop before church on Sundays where we gather and fellowship.” Pastor Johnson meets monthly with department and ministry leaders, and their office team meets daily to review and coordinate their volunteer efforts. There is a handbook of job descriptions, and team members give monthly verbal reports and do event reviews and SWOT analysis before major events. “I meet with the leadership team at a yearly retreat off-site,” said Pastor Johnson.  “We have used the Launch Your Ministry material for training at one point but are currently using videos from the Trajexion training conference. We include training in some of our monthly meetings, pass out books, review them, and email articles and information for the ministry team to review. I serve with a committee of pastors who host INVision, an Indiana seminar for ministry training that our ministry team participates in annually as well.”

Approximately 50 percent of Life Tabernacle’s members serve in at least one ministry, and some serve in several. Not including children, the figure would be close to 70%, Pastor Johnson noted. “Fifteen to 20 percent of our leaders are actively reaching out to new people or serving new converts.” He promotes and encourages involvement by preaching and modeling it. “Our church participates in CIAD projects, and our ministry teams serve our neighboring churches, providing musicians and preachers to churches when they have a temporary outage. (Our worship team once served for a year as the worship team for a neighboring church.) We are partners in revival with the pastors that surround us. We talk about serving community needs and serving our personal community over the pulpit, and try to follow the example of the Good Samaritan.” “We have three mute/deaf members who have received the Holy Spirit,” said Bro. Johnson. “One clearly started speaking in tongues by saying ‘Hallelujah’ repeatedly.

“And a gentleman had a visible tumor on his neck and on the X-ray. He was scheduled for surgery. We prayed, and one of our board members visited him and laid hands on him on a Sunday evening before his surgery on Monday. The next day, the doctor ordered a final X-ray before surgery, thought the machine was broken, moved him to a second X-ray station, and cancelled the surgery. The cancer was gone! He was dismissed from the hospital with no further treatment.

“My personal history has a giant miracle. My wife was told she would be unlikely to ever have children, due to treatments she had for a severe kidney condition since age two. She was told her life would end up with her on dialysis and an early death. When she became pregnant with our second son, we were on our way to Hong Kong to serve as AIMers. Her doctor told us we would be killing her and the baby if we went. Instead, she was completely healed of her disease after we landed in Hong Kong and has never had a recurrence. Since there was no known cure for her disease, insurance companies still refuse to cover her or her kidneys, for they seem to have a hard time trusting a healing.” It’s not surprising that Pastor Johnson’s favorite subject to preach on is faith. “Our building was built in 1928 by the Brethren church,” said Pastor Johnson. “We purchased it about 30 years ago. It has a high ceiling and tall stained glass windows. We have approximately 22,000 square feet on three levels. The sanctuary seats 350, including our balcony. We have purchased 36 acres on the south side of town to use for our expansion, as we are landlocked at our present facility.” He continued, “We have had several churches start from our congregation. We are currently rebuilding and working toward planting a daughter work. Our attendance is about 175. We were at 130 a couple of years ago after the economic downturn and having two churches separate from us. Elkhart had the country’s worst economy, according to unemployment, and many young adults moved for jobs. We have been in constant revival and growth since the economy recovered. During the downturn, we established a community training center, purchased a bank of computers and taught retraining classes to our community. We also developed and taught a 36-lesson life skills program to troubled kids from Bashor Children’s Home in Goshen, Ind. for a number of years. We had a number of our members participate in that outreach and education process, based on their expertise. We were teaching 20-30 non-attending young people a week.” Pastor Johnson’s father served in the Army for 24 years, serving one tour in Korea and two full tours in Vietnam. “Most of my early life was spent on or around Army bases in the U.S. and Germany,” said Bro. Johnson. “My father retired out of Ft. Benning, Ga., and most of my youth was spent in Columbus, Ga. at Bro. Harold Sheppard’s church. His mother, Alice Sheppard, was my pastor.” He explained, “I was raised in a divided home. My father was a heavy social drinker and wasn’t saved until later in life. My older brothers were saved but left the church as teenagers. My two younger brothers and I lived for God with Mom through our teen years, but my brothers left the Apostolic movement when they reached adulthood. My mother remained faithful to church. Today she has Alzheimer’s disease but attends Atlanta West Pentecostal Church in Atlanta, Ga. when possible.”

Bro. Johnson received the Holy Ghost at age 12 at a Georgia youth camp. He said, “My Sunday school teachers, like Joan Sheppard, greatly impacted my younger life. As a teenager, my teachers and youth leaders, Harold Sheppard and Randy Blizzard, felt I had ministry potential and invested in me. Since my father wasn’t in church, the men of the church often took me aside and directed me. I felt the call of God to Bible college at age 16 and went to Apostolic Bible Institute (ABI) a year later. I graduated from ABI in 1982. I am currently enrolled at the Urshan Graduate School of Theology.”

Pastor Johnson said, “Many men in Indiana influenced my ministry. Paul Mooney, with his leadership and vision, has been invaluable to my growth. Others who gave me opportunities to work and preach for them were Charles Benninghoff, Ron Humphrey, Robert Stroup, Simeon Young Sr., Tom Simison, Jim Fielder, and Missionaries Robert Forbush and Robert Arthur. I count many of my peers to have an ongoing influence as well, especially my ABI classmates.”

Bro. Johnson began his ministry upon graduation from ABI at 20, working under Bruce Bush as youth pastor in Decatur, Ind. He preached his first sermon at age 16 to a group of American soldiers and officers on a Sunday outreach.

“The milestones of my ministry began with getting married,” said Pastor Johnson. “I chose a good thing, which has been invaluable to me and my family’s ability to grow and serve. And graduating from ABI not only taught me the Word of God more deeply but introduced me to lifelong friends and peers.

“My greatest personal joy comes from being with family. I have three granddaughters that I adore, and spending time with them brings me great pleasure.” 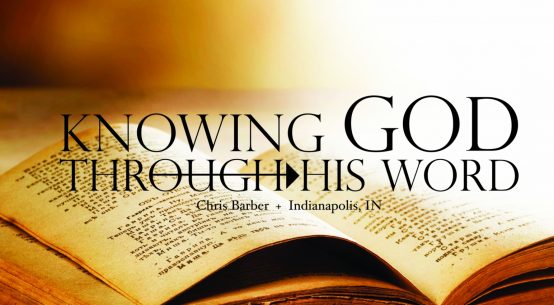 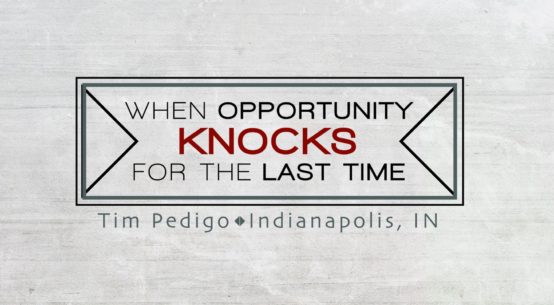