Skip to content
You are here
Home > Staff Columnists > Bobby Killmon – Are There Historical or Scientific “Errors” in the Bible?

Are there historical or scientific “errors” in the Bible that shouldn’t be considered errors because of our modern standards of truth in these categories?

Well, no. An error is an error, whether written now or 4,000 years ago. There are some liberal methods regarding the inerrancy of Scripture that people try to make seem conservative. We must guard against these claims, which can, often unwittingly, be reproduced by good people because they don’t understand the implications. Often the approach used is deadly to the doctrine handled.

This means that questions of method are foundational to the issues that arise in understanding any biblical truth, including the inerrancy of Scripture. For instance, how should we make sense of “Father/Son” language in the NT? Do we use 2nd-4th century philosophy to understand the NT and dismiss the OT revelation itself? Even noted Trinitarian scholar Oscar Cullmann dismisses this method saying, “If we are to avoid the danger of seeing the Christological problem of the NT in a false perspective from the very beginning, we must attempt first of all to disregard all these later discussions.” He shows the NT language is rooted in the OT speaking of Jesus the man as “servant of the Lord” like all other kings, prophets, and ministers. Cullmann demonstrates the WAY we approach theology matters as much as what we SAY theologically. One, in fact, will determine the other. As Apostolics, we must base our doctrine on seeing Scripture’s own explicit statements on any matter first and foremost, and then continually be checking and changing our understandings by the claims of the Bible itself.

The problem with many modern liberal approaches is attempting to privilege human fallibility over God’s Word by using non-biblical sources to “make sense” of inspiration. Our beliefs and doctrine regarding the inerrancy of Scripture must come from the claims of Scripture itself. Modern liberal views like Peter Enns who insists that conservatives ought no longer to find any difficulty in allowing extra-biblical data to condition the doctrine of the inspiration and authority of Scripture. This “incarnational-inspiration” has been condemned by many in his own evangelical ranks. As one man has asked, “What does exactly this conditioning involve?” poignantly, where does it stop? Can you claim there are historical errors or errors in science but they’re not “real” errors? So, Scripture is technically inerrant but not truly inerrant by our definitions? This is theological-doublespeak meant to hide liberal assumptions. It’s dangerous and devastating to the authority of Scripture.

John Frame says this of Enns’ view of inspiration, “I find much to agree with in this book, in the end I would not recommend it as a basic text on biblical inspiration to a seminary-level reader… Seminarians need to study biblical inspiration in a way that motivates both humility and confidence in God’s word. The present volume says much (both legitimately and illegitimately) to motivate humility. It says nothing to promote confidence in the truth of the biblical text. That, I think, is a serious criticism.” Again, the methodology matters. Do you leave with confidence AND humility? Or do you just leave with doubt? We must resist this type of attack on Scripture’s authority. 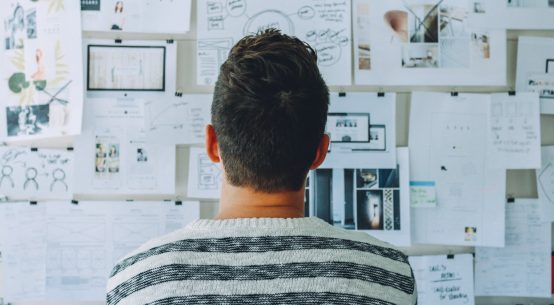 Bobby Killmon – Why We Are Against New Cultural Norms