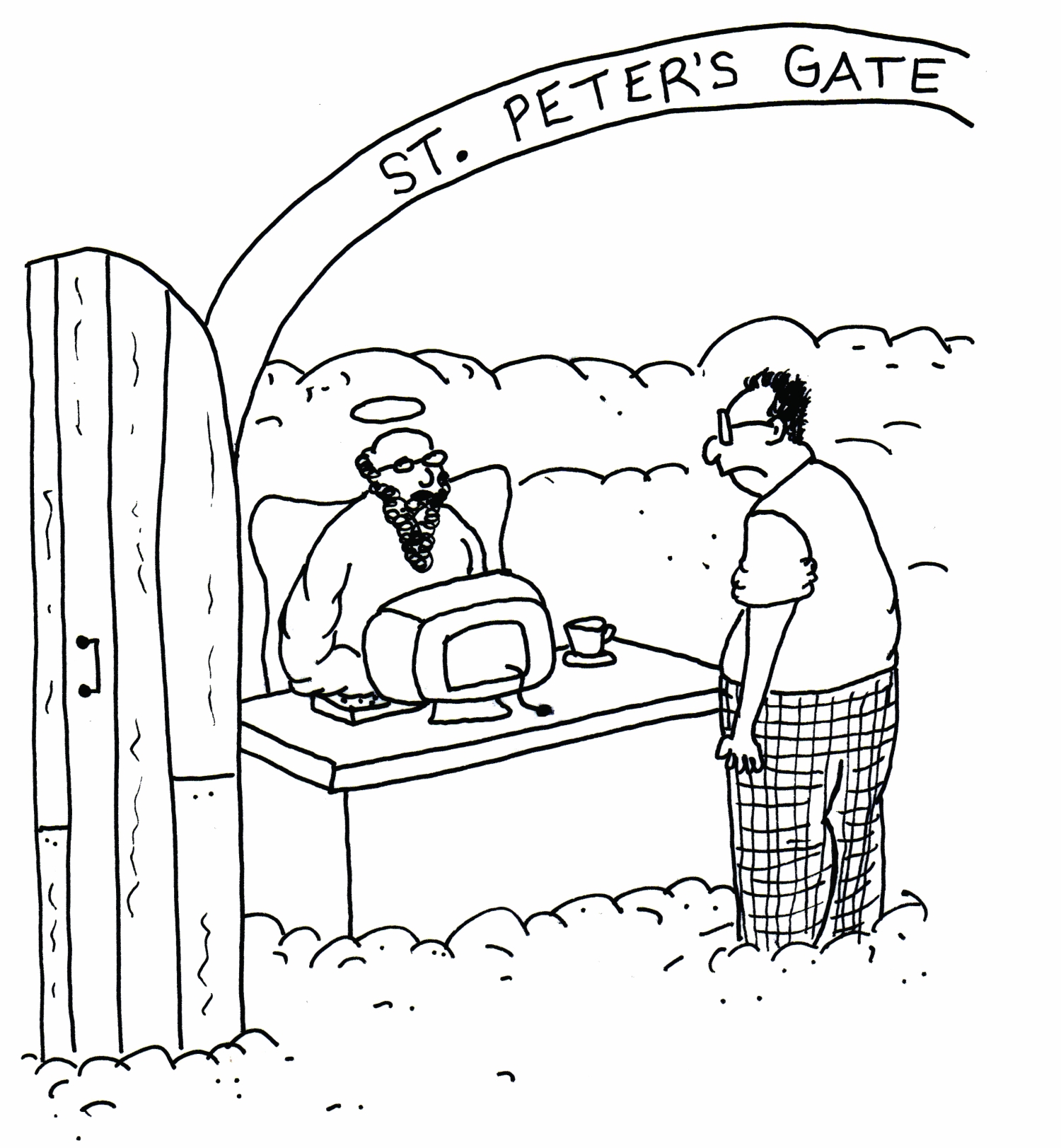 “Never judge people by their relatives.”

A hunting party, hopelessly lost in the mountains, blamed their guide for leading them astray.

“You told us you were the best guide in Colorado!” they cried.

It was Palm Sunday but because of a sore throat, 5-year-old Johnny stayed home from church with a sitter.

When the family returned home, they were carrying several palm fronds. Johnny asked them what they were for.

“People held them over Jesus’ head as he walked by,” his father told him.

“Wouldn’t you know it,” Johnny fumed, “the one Sunday I don’t go and He shows up.”

Pastor Jones was very adept at finding those great hidden truths within the Scripture text.

A new prisoner is placed in his cell. Before long it is time for “lights out” and the cellblock becomes dark and nearly silent.

Eventually a voice from the darkness cries out: “Twenty-two!” and everyone breaks out into raucous laughter. A while later another voice calls out “Forty-one!” and again the entire cellblock hoots and roars.

The new prisoner asks the guy in the next cell: “What’s going on?”

The guy says: “We’ve been here so long, we all know each other’s jokes.  So we assigned numbers to them, and when we want to tell a joke we just use the number.”

The new prisoner calls out “Ninety-eight” and sets off uproarious laughter, much more than the other numbers. So he asks the guy in the next cell why that was.

Through barely-controlled mirth, he replies, “Nobody had heard that one before.”

I went to the doctor the other day.

She told me that I needed to get some exercise. So I went to McDonald’s.

My wife wanted to know why I went there.

I told her the doctor told me to get some extra fries.

She made me an appointment with a hearing doctor.

He thinks about it for a bit and then says in a soft voice, “Well…there’s nothing wrong with your eyesight.”

One Easter Sunday morning as the pastor was preaching a children’s sermon, he reached into his bag of props and pulled out an egg. He pointed at the egg and asked the children, “What’s in here?”

“I know, I know!” a little boy exclaimed, “pantyhose!”

“Well, good news for you. Our computers are down. You can go back home until Monday.”