Kevin Woodgett, Muncle, IN – Gossip is idle talk, idle words. Gossip doesn’t have to be true; it’s just you putting out there what’s damaging to the next ear. There never even has to be a finalization to what is being said, but it’s out there just the same. Once you share it, it becomes lethal. Then the church is not paying attention to the work of God. They are paying more attention to things that really have no merit.

We have a zero-tolerance policy for discord. It’s in our right hand of fellowship ceremony. We tell people that if there is discord in our church, we have a remedy. We charge people that they have the authority that if someone comes to them with discord, they can tell them they don’t want to hear it. If that person won’t hear them, they have the authority to take the matter to the elders. The resolution is that the person you are talking about should know you are talking about them. What you are saying, you need to be able to say in front of the person; we bring them together.

If there is no praise or virtue in a thing, we shouldn’t even think it, because what we think will eventually come out of our mouths. We are made in the image of God.

Jeff Arnold, Gainesville, FL – Gossip is like mob violence to me. It separates friends, casts people down in the eyes of other people, and casts a veil of suspicion on people without having any proof. More importantly, gossip brings the anger and displeasure of God on people.

The majority of the time, cowardice is attached to it. I think the person being gossiped about is owed a trial. I’ve said to people, “If this is truth, let’s go to the person and confront them. We are in the reconciling and restoration business. Let’s get these people restored.” But I have never had the first person to go with me – ever. They’re only interested in condemnation and separation. God doesn’t want anybody lost.

Almost everybody I have gone to about their gossiping has appreciated it. I don’t confront them to condemn them. Seldom do I bring somebody in my office. When the pastor brings a person in the office, it’s like the warden bringing somebody out of the prison cell. I talk to them in the hallway, so as not to embarrass them; but at the same time, I want them to know their gossiping must stop and that they are playing into the hands of the adversary. I remind them . . . he that repeateth a matter separateth very friends, and he that soweth discord is doing something God hates.

If they don’t stop the gossip, I will take it to the pulpit and do a Bible study on it. I’ve never put anyone out of the church.

Matthew Cannata, Noblesville, IN – I have seen where gossiping has split churches and ruined ministries. Whatever happened to extending grace, instead of kicking them when they are down? If what you’re saying causes your brother and sister to look at somebody else in a different manner, when they didn’t have an opinion toward them at all; or if you tell what you don’t have permission to tell, you’re gossiping. Galatians says ye who are SPIRITUAL restore such a one. I encourage every God-called pastor to deal with gossip and let the church move forward. It is a shame to allow gossip or the gossiper to tear down others. If we give undesirable attention to gossip, we give an occasion for the devil to cause confusion and division in our churches. Yes, I believe leaders must deal with gossip by approaching the involved parties and not just sweep it under a rug until it eventually makes its way in the church body and infects it.

Rufus Parker, La Crosse, WI – I would have no problem putting someone on roller skates and tell them to get down the road. So far, I have not had to. Gossiping is a bad habit, and it demonstrates a lack of character. I’ve seen churches destroyed by gossip. Sometimes, it’s just people being around people and hearing them talk, and they just want to add to a conversation. They don’t realize they are adding to the gossip. Other times, people have a bone to pick with someone, or they are jealous and as a result, discredit or talk about a person. They don’t know if it’s true or false.

James E. Walden Jr., Winterville, GA – I would define gossip as a poison in the church. If it is left unchecked, it will kill everything it touches.

We let people know upfront we don’t do drama in this church. I can’t have you talking about your brother or sister, and you not wanting anybody to know you said it. If you don’t want to be part of it, just leave it alone. I don’t let people get comfortable talking about people. If they tell me, “Don’t tell who said this,” I say, you’d better not tell me. If it is a personal matter that involves another individual, it should not be discussed unless you have express permission from that person.

I have not had to make anyone leave the church, but I addressed an individual and told them if they did not stop, they were going to have to leave. Eventually they left on their own. Once they left, all the trouble stopped. 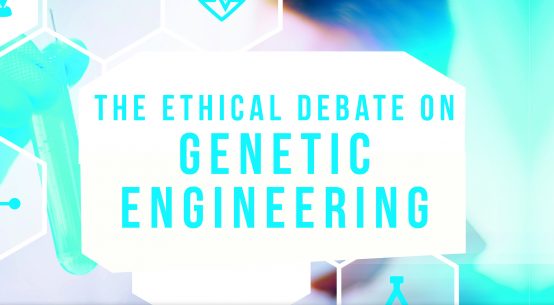 The Ethical Debate on Genetic Engineering