British-American Bernard Lewis, a renowned Middle East scholar, has written for decades about the rapid advance of the “Islamization” of Europe. He cites as one of the reasons for Islam’s shocking success the “surrender mode” among Europeans, who, he points out, display an “unwillingness to enter into any serious discussion” regarding the topic.

Lewis’ concept of the “surrender mode” is not to be taken lightly. What causes cultures and religions to surrender their core values without a fight? Denial? A false sense of invincibility? Are such people brainwashed into submission, desensitized to danger? Do they no longer understand the value and importance of their foundational principles? Have they forgotten what shaped them and made them? Or have they just grown frustrated and disappointed by those in positions of leadership whose dedication to globalism and to their own pocketbooks supersede the will and best interest of the common man? These supposed leaders skirt around the law, make their own rules and suffer few consequences. The honest lose hope. They unconsciously or consciously slip into the “surrender mode.”

Mr. Lewis notes that many Europeans, especially the young, feel no sense of loss or danger. They aren’t in mourning even though they are suffering a rapid degeneration of their cultures. They ignore the growing Islamic conversions, the changing demographics, and the innate subversive power of mass immigration itself, as if numbers don’t matter. Further, they refuse to consider the consequences of decades of anti-marriage philosophies, not to mention the casual aborting of their children. They surrender to what they see as inevitable.

Sadly, I fear we are witnessing the early stages of the “surrender mode” among many Christians, even Apostolics, who more and more disregard the moral dangers we face. I note a growing frustration in many of our young men and women who are grievously affected by the inconsistency of our teaching and practice of holiness. They fall prey to the “surrender mode” because they are confused and angry. They find little support in their peer groups and are forced to endure inconsistent application of the standards of conduct. They simply cave in — angry, unsure and disappointed.

I fear a good number of church folks, especially young people, may fall prey to a “surrender mode” at a time when we are experiencing the rapid advance of the Antichrist. The question is, “Why?” There are, no doubt, many reasons; but I challenge you to think about at least one: perhaps it is the fact that they see way too much compromise. They note many who are in positions of responsibility who take no action against the destructive influences of the world, entertainment, false doctrines, worldliness, and bold hypocrisy. They take note – and they question.

Many good young men and women and seasoned saints in our churches feel cheated and betrayed. Some become angry. Others quietly carry a deep hurt when they see the ungodly who openly flaunt their cool mockery of holiness and righteous living, yet despite the unfaithfulness, continue unreproved and remain in good standing. They flood social media pages with examples of their rebellion, yet they remain – chosen – performing in our services, leading our worship and sometimes even preaching in our pulpits. This leaves a conundrum for the obedient. Do they cry out? Or, do they ignore the misbehavior? Do they wink at it? Do they step aside, silently sulking into the surrender mode of inevitability? But should the forsaking of scripture be inevitable?

When elders tolerate such behavior, are they saying that talent upstages godliness? Are they saying that they prefer performance to anointing or faithfulness? What confusion! It is an unfortunate betrayal to allow a talented person in any discipline, whether it be oratory, music, sound, communication or business, to take even one step on the assumption that personality, talent, connections or money can cover sin. Only the blood of Christ can cover our sins. We must therefore walk humbly, not in arrogance flaunting our disobedience.

The deeper and broader matter here is the consequence of the Church not going through the vetting process, so to speak. The Bible does say that we must “Know them which labor among you” (1 Thessalonians 5:12). If we fail here, the end result will be disastrous chaos. If we promote platform personnel in the house of God who do not live Godly, separated lives, then we thwart the moving of the Spirit. We create hurt and separation among the good and faithful.

We are responsible for the young man and woman who must sit in service after service and endure the positioning of the unfaithful and the unholy who take the “high” seats. We are responsible when the good kids take the “surrender mode” – when they lose hope (Ephesians 5:3).

God forbid we teach them that only the talented and only the cool matter. God forbid we stand by while the good kids get angry. We cannot sleep through this day of confrontation. WE cannot surrender on the issues of righteousness and holiness. We ARE a holiness movement. 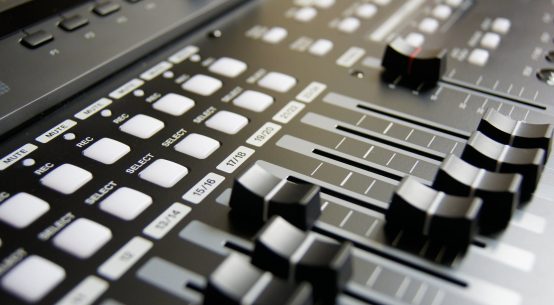