Someone asked me about the “Deuteronomistic History,” and I was wondering if this is something we should embrace?

What is it? First, remember it is just a theory. It could be summarized as follows: Joshua through Kings shows a fulfillment of promises in Deuteronomy. Israel’s future about being in the land of Canaan is shown vividly and in great detail. The accuracy of Deuteronomy (and its fulfillment in the books of Joshua to Kings) has made liberal critical scholars conclude Deuteronomy could not have been written by Moses because it is prophetic in nature (written about what will come). They instead claim Deuteronomy through Kings must have been authored by someone living after these events.

Conservative Bible-believing scholars say Deuteronomy was written by God through Moses, and Joshua through Kings is simply recording the history of that fulfillment. Liberal critical scholars object, claiming all these materials must have been written or reworked shortly before or during Israel’s exile in Babylon. This author/re-worker (redactor) that they suggest edited or wrote Deuteronomy (instead of Moses) is termed the “deuteronomic historian.” Men who embraced modernistic anti-supernaturalism like Dewitt, Wellhausen, and Noth created and developed this theory, which grew out of their anti-supernatural bias and Hegelian evolutionary dialectic.

What’s at risk? This theory has become very popular in recent scholarship, and Bible believers need to understand the term and its devastating presuppositions. We Apostolics who believe in the inerrancy and inspiration of the Bible must know what holding this view means for Scripture. It starts with the denial of God’s ability to foretell the events of the future and have Moses accurately record them. That’s the only reason to suggest Moses didn’t write Deuteronomy and invent “editors” or “redactors” who changed the text. If you don’t believe in the supernatural and the fact that “holy men wrote as they were moved by the Holy Ghost,” then I see the necessity of claiming someone “faked” a text.

What is the problem with endorsing the “Deuteronomistic History?” There are serious issues that make holding the view untenable for Apostolics. First, the theory suffers from its starting point. It is humanistic in that it denies supernatural prophecy. As Apostolic Pentecostals, how can we believe this? Secondly, it denies in part or wholly that Moses authored Deuteronomy, in contrast to Deuteronomy’s own claims about the author being Moses (Deut. 1:1-5; 31:9, 24-26; 32:44). Thirdly, the NT quotes Moses as the author of Deuteronomy (Acts 3:22 quotes Deut. 18:15 crediting it to Moses). Also, see I Cor. 9:9. Fourthly, in Matt. 19:8 Jesus claimed Mosaic authorship by quoting the passage on divorce in Deut. 24 attributing authorship to Moses. Can’t we believe Jesus? Will we not lose the incarnation if Jesus is lying, deceiving, or simply wrong and doesn’t know Moses didn’t write Deuteronomy?

This theory, when held consistently, destroys inspiration and inerrancy. As one of my favorite preachers said once, “I refuse to make a contribution to the death of the Church.” What that means here is that we can’t adopt uncritically the methods of this age. 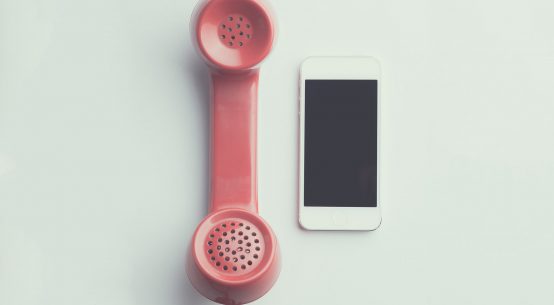 In Your Opinion, What Evangelism Tool Is The Most Effective?