Skip to content
You are here
Home > In This Issue > Guest Pulpit > The Gospel According to Aunt Dosey – Pastor Paul D. Mooney

Repetition is the essence of learning, so never get weary of speaking about the gospel. There is an idea out there that you can say something once, but that is usually not the case. Oftentimes, the most important things must be repeated.

Philippians 2:15-16: “That ye may be blameless and harmless, the sons of God, without rebuke, in the midst of a crooked and perverse nation, among whom ye shine as lights in the world; Holding forth the word of life; that I may rejoice in the day of Christ, that I have not run in vain, neither labored in vain.”

It is true that culture affects us, our children and grandchildren, and the church. We cannot retreat from the battles of the world; however, without the Holy Ghost we will not be able to make it. If we are to win this battle, we must be aware of three things: The Present Danger, The Present Trend and The Apostolic Strategy.

Many articles today deal with morals, culture and how theology interacts with these. Why has culture suddenly placed a focus on the spiritual? The answer lies in the fact that a deep destruction of the ideals that people once believed and trusted in has taken place. With no moral foundation, the culture is now, in a sense, without definition. To put it in more simple terms, the culture is “up for grabs.”

It is vital for us to understand that the way we teach about God affects morals. It is easier to serve and worship God when you know whom He is and in whom you have put your trust. Therefore, we need to continue to teach doctrine and be thankful for churches and preachers who continue to instill righteousness, holiness, separation and sanctification.

The entire blanket of Pentecost is also in a pivotal time. There is no doubt that its power and energy represent influence. There are those who desire that power, control and human exaltation. This is why a merging of Pentecostalism and other varied beliefs can be so dangerous. As many know, one does not have power over a people except through religion. This leads us to Revelation 12:15 where scripture gives us insight and imagery where the world or enemy of the church is going to send a flood of false doctrine and heresy against the church. “And the serpent cast out of his mouth water as a flood after the woman, that he might cause her to be carried away of the flood.”

In these last days, there is certainly a deluge of false prophets and doctrines. This is the present danger; however, we see in Revelation 12:14 that the church will be given wings of a great eagle so that it can find a place of great nourishment.

It does not matter how dark the world gets; God will supply you with a place of nourishment. He will put you in the right place, at the right moment, and at the right time. Do not be weary in well doing for you shall reap if you faint not. We must continue with this gospel because if He be lifted up, He will draw all men unto Him.

II Corinthians 11:2 gives us Paul’s thoughts in the days of the early church, which also experienced false doctrine and present dangers. “For I am jealous over you with godly jealousy: for I have espoused you to one husband, that I may present you as a chaste virgin to Christ.”

It was Paul’s objective to get people saved and present them as a chaste virgin to Christ.

In the early church it was not about how to make someone feel good, how to make money, get along with people, win friends and influence them. It was about getting people to heaven. The message has not changed. There is still one God, one Cross, one Redeemer, one Way. The church’s purpose continues to be that of becoming a clean, holy church without spot, wrinkle or blemish.

II Corinthians 11: 3-4 sheds more light on Paul’s fear. “But I fear, lest by any means, as the serpent beguiled Eve through his subtility, so your minds should be corrupted from the simplicity that is in Christ. For if he that cometh preacheth another Jesus, whom we have not preached, or if ye receive another spirit, which ye have not received, or another gospel, which ye have not accepted, ye might well bear with him.”

Paul’s concern in the early church was that it would get caught up in this evil flood, not resist and just bear with it. If we do not resist the things that are contrary to the apostles’ doctrine, we will see Paul’s fears become reality. We are not the first generation to wage war against false doctrine; however, Christianity does have many faces today.

We have Historical Christianity, Scholarship and Therapeutic Christianity, as well as Theatrical, Get Rich, and Non-Revelatory Christianity, which does not believe in a true, inspired Word of God.

In his book, Will the Real Heretics Please Stand Up, David Bercot spoke of early Christianity in that it had been more of a way of life rather than a set of doctrines, but after 300 years, this belief partially floundered because most Christians lost their obedient trust in God. This occurred because they believed they could improve Christianity through human means by adopting the methods of the world that in reality did not prove Christianity but rather gutted Christianity.

This is the danger for us. We cannot just sustain church forever. The people need to hear the truth.

Timothy Tennent shares in his work, Christianity at the Religious Round Table, that he worries Christianity will become ensnared by the swamp of “religious pluralism,” which concludes that we are all saying the same thing. We are not all saying the same thing, because there is still one Lord, one faith and one baptism. Tennent goes further by saying that those who are eager to jump on the post-modern bandwagon are realizing that the real struggle is not between tolerance and intolerance but between truth and falsehood.

Pluralism, by definition, is a philosophy or theory or system that recognizes more than one ultimate principle or authority. A “pluralistic philosophy” argues that all ideas and philosophies are equally valid.

Just as a notion this idea is dangerous, but when applied to politics suddenly one cannot preach certain beliefs. It will offend another’s beliefs, which are equal in importance and validity. In other words, no one should witness or convert. This leads to laws against passing tracts and hate crime accusations following a message against homosexuality.

Globalists believe in pluralism. These individuals believe that the one thing that will separate us is religion, so they are trying to get everyone to the point of acceptance. Many churches are embracing the idea of pluralism. Lee Penn in his book, False Dawn: The United Religions Initiative, Globalism, and the Quest for a One-World Religion, mentions the eight observations of this agenda. 1. Squelch Christian evangelism in the name of promoting interreligious peace. 2. Marginalize orthodox Christians as intolerant fundamentalists. 3. Prepare the way for new global spirituality that can accommodate domesticated forms of all current religions and spiritual movements. 4. Promote a new collectivist global ethic. 5. The idea that the main goal of religion is social reform rather than service to God.  6. Promote the idea that all religions and spiritual movements are equally true. 7.  Population control. 8. Provide a global podium and respectability for cultism, witchcraft and philosophy.

The trend is pluralism and accommodating the world; however, we are in a fight for eternity, and accommodation is not an option for the church. If we accommodate, we will be left with no belief, worldview, conviction or core values.

When asked what it takes to be saved we must be ready to give an answer like that of Paul in Acts 2:38. He spoke with authority and urgency. This leads us to the gospel according to Aunt Dosey.

She loved to cook and take care of her family. She was a great Christian and loved God, but she had one serious personality flaw. She was afraid of storms. It did not matter if it was a little cloud, she would go crazy. The story goes that one day there was a large cloud in the sky and supposedly Aunt Dosey saw the face of Jesus in this cloud. After she got done praying the cloud just floated away and she believed it was a Jesus cloud.

Every time a storm would come she would look at the clouds and if she did not see Jesus in the clouds, she would start screaming and telling everyone to get into the storm shelter. My aunt was radical. It did not matter if her family believed her or not . . . they got into that storm shelter. She was not going to let anybody remain outside of that storm shelter. Through these experiences I learned a great lesson.

We need to have the faith and trust of an Aunt Dosey. I thank her even today because she was not willing that anyone get lost in the storm. That is the kind of Apostolic church that we need today. Everybody needs to repent, be baptized in Jesus’ name and receive the gift of the Holy Ghost.

Here are nine important steps that will implement this Apostolic strategy. 1. Your church must have a name and must remain at that post. 2. Take over communication. In other words, the church must communicate, teach, preach and repeat this message with passion and power. 3. Speak plainly. 4. Write a headline of the future. Create in your mind what a revival headline would say. 5. Host a summit. Get people together to talk and discuss these topics. 6. Have more heart and less intellect. We must not lose our passion for the truth. 7. Be credible. 8. Have a strategy of “all for one and one for all.” Never cross-purpose yourself with the work of God or be contrary to the Bible. 9. Live the brand. Live and be who you say you are.

We have an obligation to say, “Repent, and be baptized in Jesus name and you shall receive the gift of the Holy Ghost.” If we get stripped of this “Gospel according to Aunt Dosey,” we will lose the one thing that will help us change the world. 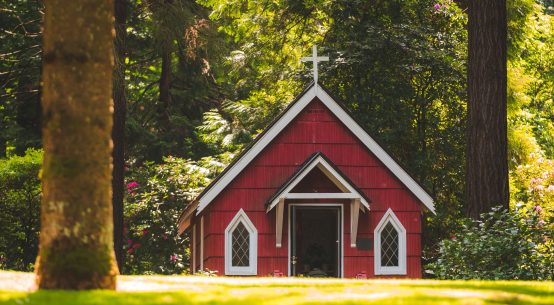 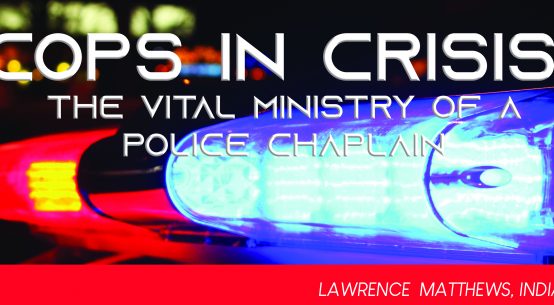