“Let’s meet at McDonald’s!” That’s what Pastor Matthew Drake of Richlands, North Carolina, said four years ago. “We started a Bible study in the McDonald’s dining room,” he explained. “More and more people began coming to the Bible study to the point that we had 39 in attendance one evening. We quickly realized we needed a building!”

While renting space in downtown Richlands for a short period, the congregation of Richlands United Pentecostal Church began saving money to buy a piece of property. Their efforts were rewarded on September 22, 2017, when over 200 volunteers showed up to help construct their beautiful new facility. The church building was raised from the foundation up in one day, through the efforts of the Church in a Day (CIAD) program, funded by the United Pentecostal Church International’s North American Missions department. Since then, the church has welcomed nearly 300 visitors, baptized more than 50 people and witnessed many filled with the Holy Ghost! What is Pastor Drake’s philosophy of ministry? “I believe the truth is not fragile,” he said. “We do not need to sugar coat the Gospel; we do not need to puff it up or soften it. We simply need to preach it in love. I believe one of the greatest misnomers concerning Jesus Christ is that He needs to be marketed by modern day pastors. The ideology is that somehow better marketing of Jesus produces more revival. I contest that we just need to preach the truth. Love people, get right down to where they are, spend time with them doing the things they like to do and tell them the truth of the Gospel!

“I enjoy preaching about the oneness of God and receiving the Holy Ghost. These two revelations are not common practice among denominal churches, but I believe the revelation of either of these leads to full gospel conversion.

“We do not have target groups. We have a large number of military saints, but we also cross all lines of demographics, race, color and creed. We range from farmers to businessmen, from postal carriers to hog farmers and grocery clerks.” Pastor Drake believes there are three very important keys to revival: consistent and corporate prayer, all hands on deck teaching home Bible studies and a continual outreach ministry. “A revival pastor should place his priorities in the realm of evangelism,” he said. “Much emphasis today is placed on making disciples, as it is the command of God to do so. Evangelism should be first priority in order to find the people to disciple.

“I believe the most successful method we have used to make a difference in our area is to be integrated into the community. People win people, so you must go where the people are, and you have to befriend them in order for them to trust you enough with their time. Personal and corporate evangelism must be ongoing — saints reaching into the lives of people and the church reaching out to the community.

“We corporately go on outreach every week when the weather is good to knock on doors. I know many churches have moved away from this, saying it is obtrusive; however, nearly every time we go out, either we have a first-time visitor as a result or we make a new connection that looks very promising. We participate in every fair, parade and community gathering. A large number of people from our church go each time in an ongoing effort to let the people of our area know we are there! Every year we put a vehicle in our town Christmas Parade and a large number of our people walk in the parade, passing out between 2,000-3,000 invitations with candy canes.” According to Pastor Drake, more than 50 people have been baptized since the congregation moved into their new building. He said, “Catholics, Baptists, Methodists, Church of God, people from all backgrounds are receiving the revelation of baptism in Jesus’ name. We have also had 36 receive the gift of the Holy Ghost. There is an awakening going on in our county, and people are being born again!” Their new Church in a Day building has a capacity of 99 seats. It was quite an event for the city of Richlands the day that it was built – reporters from five news crews, two radio stations and three newspapers were on hand to document the big day! “We had so many visitors at church afterward,” said Pastor Drake. “They came because they saw us interviewed. I meet people nearly on a daily basis that say they heard about us that way. Phase I of our growth plan was our CIAD building, and we didn’t expect the growth that we’ve experienced so soon; we are already out of room! Phase 1.5 will add another 40 seats. Then Phase 2 will add another 100 seats. Phase 3 is our “Super Sanctuary” that will hold 500-600.” Pastor Drake said a new fellowship hall is being built, as the congregation has already outgrown the current one. Plans are also being drawn up to knock out seven walls of the interior of the church to expand the sanctuary, gaining 40 more seats. Does Bro. Drake have any unique aspects of his youth that influenced his ministry? “I was a troubled teenager, having been arrested multiple times,” he said. “I believe this helped me to be very non-judgmental and able to reach folks that others may not. My first pastor, Rick Olson of Jacksonville, Florida, showed me by example how to love the unlovable.”

He went to high school and then joined the military at age 17, where he was sent to fight in the Gulf War. He served as a gunner and took some college courses. He first felt the call into ministry at the age of 22 at a church in Lexington, North Carolina, pastored by Kenny Marshburn. The individuals that influenced his ministry the most were his grandfather, L.E. Lumley, his former pastors Rick Olson and Kenny Marshburn, his father-in-law Thomas L. Whitman and his wife, Stacy.

The Drake family planted the church in Richlands. After holding Bible studies for a short period in the dining room at the local McDonalds, they began renting a storefront building in downtown Richlands in September 2013. It seated 62 and only had an open area in the back for Sunday school.

“The first service we had there was so exciting!” he said. “We were so happy to have a place to worship. We’re technically still in those early years. We go out on a weekly basis knocking doors and passing out invitations to our church. We also utilize every community gathering — parades, farmer’s days, street fairs, etc. — that puts us in front of the community. We also place a high emphasis on personal evangelism. Our men meet every weekday at 5:30 a.m. for early morning prayer. Our men lead the church in prayer and in doing so they also lead the church in evangelism.” In his leisure time, Pastor Drake enjoys teaching Bible studies and outreach, and spending time with his family. He also enjoys fishing, hunting and shooting with the men of the church. He collects knives, guns, and military memorabilia, and his favorite author is Louis L’Amour.

But his favorite activity is going on family vacations. He and Stacy are the parents of four children. 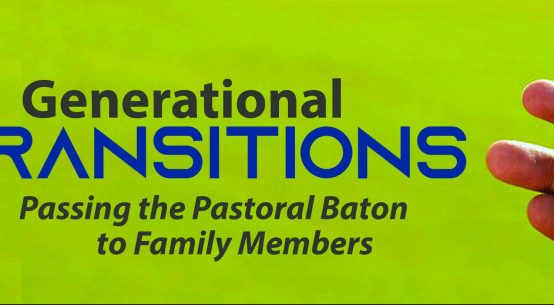 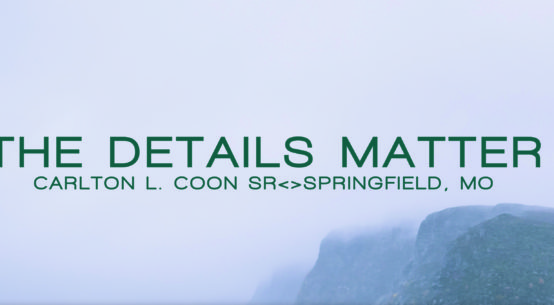