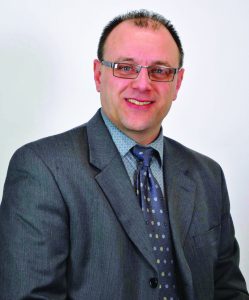 Tell us about yourself.

I was raised in an independent Apostolic church. My family was always heavily committed to church work, so naturally that impacted my life and passion for ministry. I evangelized and youth pastored before attending Indiana Bible College. I then taught at Calvary Christian School for five years while attending graduate school. I have a lovely wife of almost 20 years and a 17-year-old son. I have served at IBC for 11 years.

Has there always been an Apostolic Church?

One thing to point out is that we Apostolics do not believe in a “triumphalistic view” of church history. This means we do not care what the majority of people came to believe. We seek first to be biblical. There has always been a “narrow” way and a “broad” way. Truth may have winnowed down to just eight souls in Noah’s day, but truth is still always truth.

The question remains, though — has there always been an Apostolic Church? There are two differing views of church history on this. One view is the restorationist view of church history. It would say the visible Church “went into darkness” (had less than full Acts 2:38 revelation) and then God brought light and revelation back in stages until 1914. The opposite view is the remnant view, which claims there has always been an Apostolic church or Apostolic truth in every age.

Is the restorationist view of church history connected to the Light Doctrine?

Yes, either implicitly or explicitly. The idea that the “full gospel” (John 3:5, Acts 2:38 and Heb. 12:14) ceased to exist or was “hidden,” then incrementally brought back over time is the same view. Those holding this view say that during that time those people were judged only by “all the light they had.” The major problem is that Acts 2, John 3 and Hebrews 12 have never disappeared from Scripture. So no one has ever been without an Apostolic witness.

Is this connected to the 3-Destination Doctrine?

Again, yes. It is a subset of belief connected to the Light Doctrine. Some well-meaning Apostolics have misused verses like 2 Pet. 3:12-14 seeking to make a distinction between “the righteous” and “the holy,” saying there are two different types of “saved” people. The problem is the text is talking about “righteousness,” not “the righteous.” They have also attempted to make Rev. 22:10-12 speak to three separate destinations for the “righteous, the holy, and the wicked.” Again, this is misuse of the context. It’s repetition of terms. Holy and righteous is one group. Unjust and filthy is the second group. That’s easy to see because if one was consistent, wouldn’t there have to be four destinations? Bishop Golder probably said it best, “There’s only heaven or hell, and you’re not smart enough to miss them both.”

What are the dangers of these doctrines?

There are multiple. First, it tempts us to leave people unsaved. Secondly, it quenches the fires of evangelism. The belief that, “they don’t know what we know, but they’re going to be okay” is a very different view than seeing them lost and on their way to hell.
I believe people can be sincerely wrong. Yet, sincerity gets them something. John 16:13 says they will be led to ALL truth. Not some truth. I think Acts 4:12 should make us shout and rejoice for our salvation. But it should also make us weep and work to reach a harvest that is “already white.”
Further, when the necessity of the baptism of the Holy Ghost is not preached, it dies out. A lamenting Assembly of God minister, McLean, in his section on systematic theology, points out, “It is sufficient to observe where the baptism of the Holy Spirit becomes seen as nice but not necessary, there the baptism of the Holy Spirit ceases to exist.”

How do we defend the truth of Apostolic essentially regarding Acts 2:38?

Scripture is clear (John 3:5-8, Acts 2:38-39, Heb. 12:14), so teach and preach it clearly. But there is also a growing body of evidence regarding historical discoveries of Jesus name baptism and tongue talkers through all historical periods. Marvin Arnold’s work, Apostolic History Outline, is one. Gathered together in another small book entitled Baptism in the Name of Jesus, Bro. Kulwant Boora has compiled numerous resources. He notes Tertullian admits the Church in Great Britain had no Roman influence and didn’t baptize in the trinity. At the Council of Constantinople in 381 AD, the leaders dismissed the Eunomieutychians as heretics because they refused baptism in the trinity, instead baptizing in only the name of Christ. Pistorius, a catholic monk in 1525 AD, dared to baptize in “the name of Jesus only.” In 1645 AD, the Catholic Church conceded they had to tolerate Jesus name baptisms, though they had tried to stamp it out. Even in America, some of Sherman’s troops were baptized “in the name of Jesus Christ” by General Polk in 1864. The oldest church in Jamestown, Virginia had a plaque of Acts 2:38 on the back wall in 1607 AD. The point is the Apostolic truth did not ever cease to exist.

Are we diminishing the views of our elders to discredit these doctrines?

No. Wonderful people I love held some of these views. However, misusing good people to silence truth, who didn’t yet understand all the implications of the Apostolic truth, is disingenuous. G. T. Haywood is a hero of mine and yet he taught a type of Light Doctrine. But he also used to teach the trinity and other doctrines we disagree with. That doesn’t make him a zero; it just made him wrong on this issue.

What are your final thoughts?

We must remember that our hope and constancy in God is established through His Word. If we can’t trust what God says on sin and being lost, we can’t trust what He says on grace and salvation. If I can’t trust Acts 2:38 and 4:12, John 3:5, and Heb. 12:14, then I can’t trust any of the promises of Scripture.
So, what do we do with all these people in history like Luther, Wesley, Seymour, and all the “revivals” in history? We must be careful. Some of these people may have later seen the truth of Jesus name baptism and received the infilling of the Spirit speaking in other tongues. Yet it may not have been recorded in history. However, we cannot say less than what Jesus and the Apostles say about the doctrine of essentially. After all, aren’t we Apostolic? 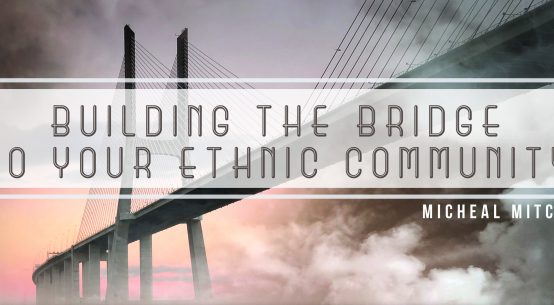 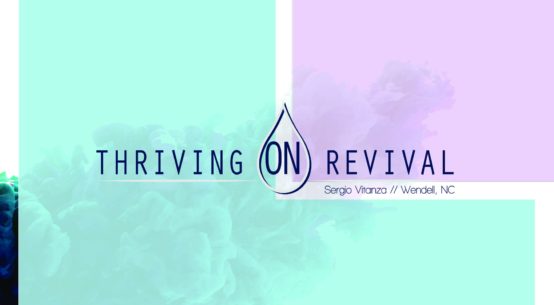