Bro. Matthews, tell us a little about yourself and your past ministry background.

I started ministry in Gaithersburg, Maryland. There, my youth pastor, Tracy Lewis, taught me altar counseling and how to teach home Bible studies. He also opened up the opportunity for me to preach in a youth service. Within the first year of being in church, I felt a call to preach. About a year later, my Sunday School Superintendent invited me to be a Sunday School teacher. In that role I received a chance to mentor young men, who didn’t have a father figure in the home. After teaching the class for two years, God called me to Indiana Bible College, where I attended 2002 to 2004. After I graduated, I became the High School Pastor at Calvary Christian School in Indianapolis. I worked at Calvary Christian School for a year and a half, then left to evangelize. While evangelizing, I volunteered to conduct some of the jail services when at home in Indianapolis. After I was married in 2009, I transitioned from evangelizing full time to preaching on the weekends. Between services, my wife and I helped out a store-front mission (Jesus House), working with children. We also helped out at Children’s Church when home on Sundays and Wednesdays at our church. Later, my wife and I were asked to become the Children’s Church Pastor at Calvary Tabernacle. Today my wife and I still serve in that capacity. Over the years, we have also had the privilege of preaching children’s camps and other services geared toward children and young people.

Share the story how you came to become a police chaplain for the Marion CountySheriff’s Office.

In 2007, one of my professors, Bro. Jim Sleeva, at Indiana Bible College, asked me to help him with a service at the Marion County Jail. I agreed to help. As they were bringing the inmates into the chapel, Bro. Sleeva was called to leave and tend to something else in the jail. This left only me, a young IBC graduate with a room full of inmates. I was frightened out of my mind, but I started singing and preaching anyway. With this, I began to watch the Spirit of God move on these inmates and it gripped my heart. By the time service was over that day, I had caught a burden for jail ministry.

Please describe your job duties and responsibilities of a police chaplain.

A chaplain is a first responder’s first responder. The first responders we work with may range from a Sheriff’s deputy working at the jail in a harsh, spiritually dark and violent atmosphere, to a firefighter having to run into a burning building and having a near brush with death. This could include the EMT who arrives on the scene and is greeted by a parent holding a lifeless baby girl in their arms, or so many others. All of these individuals are expected to operate at a high level to save and protect lives.

Sometimes they succeed in saving a life and sometimes they don’t. After they have experienced these horrific tragedies, the First Responders may have to brush themselves off and go to the next scene. They may never truly have a venue or outlet to process what they saw or witnessed. At times, they may even feel that something is their fault if they couldn’t save the life that was lost. Many won’t talk about it because they don’t want to be seen as the weakest link in the chain of their organization. Why? For some, it may be hard to trust someone else and become vulnerable. Sometimes, first responders may live their lives like a shaken, unopened soda bottle. They face a great deal of pressure from their jobs. This pressure affects every aspect of their lives. Where can they run? Who can they trust?

What relief can they find, other than the pills they may take to drown out the sights they have seen? The answer is found in God using a chaplain.

It is a chaplain’s duty to be the candle set upon a hill in a dark city. It is a chaplain’s privilege to speak a word of encouragement to that deputy that just got finished dealing with a tough situation. A chaplain is needed in every city and department for our first responders.

My role at the jail varies greatly from making sure all the religious materials are available to our inmates, to counselling the inmates. Some of my responsibilities require me to go into our suicide blocks. There are inmates who have lost all hope, instead of coping with the crime and the time they face, the enemy at times tries to talk them into ending their lives. We also have Lockdown blocks. The inmates in these areas are very violent offenders, escape risks, or may have severe mental health issues. They are at times are locked down 7 days a week, 365 days of the year. They can’t just come to us, so it’s my job to go to them, I take the Bible Study to them. There have been times where the presence of God has shown up so strong in these lockdown blocks that men began to weep under conviction.

What are your greatest challenges in this position?

I believe one of the greatest challenges in my position, is helping inmates seek God to be changed rather than believing that if they put a prayer in God will give them a blessing of what they’re asking for. I have spent quite a bit of time helping inmates learn to submit their life to Christ, pray for God’s will, and wait on His timing. I try to help inmates understand that if they submit their whole life to Jesus (according to Acts 2:38), He will fix their brokenness. You see, it’s the unresolved issues of the heart (Proverbs 4:23), that keep an inmate coming back to a correctional facility. At times, I have to help inmates digest the thought that sometimes it may not be God’s will to release them at the present time. They have to learn to trust in God’s will for their life in the situation and wait on His timing. Some need to come to the awakening that they have to pay the debt for their past crimes. I believe God may be allowing these incarcerated men and women to experience being in the belly of a whale like Jonah. An inmate’s life could be changed by being in the belly of the jail, knowing that it’s a part of God’s will, and waiting on His timing.

What are your greatest rewards and blessings of this position?

One Thursday night this year, IBC came to do a concert at our jail. During the concert, there was an inmate who was leaning forward. I went to pray with him and the presence of God was so strong that he began to weep. I couldn’t tell if he was speaking in tongues or not because he was Latin American. However, I could tell the Lord was working on him. For the rest of the concert, he remained in that position, weeping and crying out to Jesus. As he was leaving after the concert, with tears in his eyes he said, “The Lord touched me.” Months after that, I continued to see him on and off in the hallways of the jail. When our eyes connected, he raised a hand, with tears filling his eyes, and shaking his head to let me know that he and Jesus were okay. One day when the US Marshals were picking up inmates for transportation to the Federal Prison, I looked over and saw him. He looked at me and raised his hand like always, but this time it was different. He said with broken English “I will be okay because God is with me.” My greatest reward and blessing is to see that inmates have caught the message. That message is salvation through coming to the cross, redemption and grace. After they experience Acts 2:38, I enjoy seeing that they go boldly to face life and their sentence knowing that Jesus Christ is going with them. This can only happen when they allow God to transform them through the power of His Spirit and Word.

If a young man or woman approached you about their desire to become a police chaplain, what advice would you give them? How do you find such a position?

I would encourage them to get in contact with their local police or sheriff’s department. Ask and discover the needs of the department in relation to chaplaincy. Try to learn the needs of the community and see how you can help fill them. If you feel like you don’t have the training, some departments may pay for your training. If they don’t, try to invest in your ministry and take online courses or search for training in your area.

Do most first responder departments (police, sheriff, fire fighters, ambulance) have chaplains? Is there a national organization for chaplains?
Some first responder departments have a chaplain but not all do. A person could look into the International Fellowship of Chaplains (IFOC). They are an organization that provides chaplain training throughout the year and country. Their website is ifoc.org.

Please share a success story of how you were able to minister while in this position.

There was a particular time that I had just walked into the jail to do a service. As I was making my way to the chapel, a female inmate stopped me. She began to tell me about her story. She explained that while she was in the military, she had an abortion. She described the sorrow she felt afterward. She explained that after she came back from the clinic, she ran into the chapel and cried out to God. In the middle of crying out to God, while she was asking for forgiveness, she began to explain that she started saying words that didn’t make sense. She explained that she didn’t understand what happened to her and had never experienced that since. At that point, I explained to her Acts 2:1-6 and 1 Cor. 14. She asked me if it could still happen again. I said, YES! I asked her to lift her hands and start asking God to forgive like she did before. She started to pray and the tears began rolling down. While on the other side of the bars where I couldn’t lay hands on her, God filled her with the Holy Ghost with the evidence of speaking with other tongues. The Spirit started moving so much that the other three women around her started praying also. God showed Himself mighty and strong that day.

Would this be a good position for a bi-vocational pastor? (those that have to work & pastor).

I would say yes. For example, one of our local pastors in a nearby city, is the pastor of a growing church and is effective as both a pastor and chaplain at the local police department, showing that it can be done. A pastor can also be a blessing to their community by being a volunteer. The local first responder group may not have the budget to hire a staff chaplain. However, they may love for a local pastor to come in and invest time into their first responders. My situation is a little different. I live in a large metropolitan area, and the jail I work at is the largest in the state of Indiana. I believe an individual facing my situation needs to be on staff if possible. I say this because if an individual is on staff, it is like the jail is the church they pastor. The prisoner, civilians, and law enforcement officer are the members. These men and women need the pastor’s time.

If one of our readers had questions for you, would you mind them contacting you? 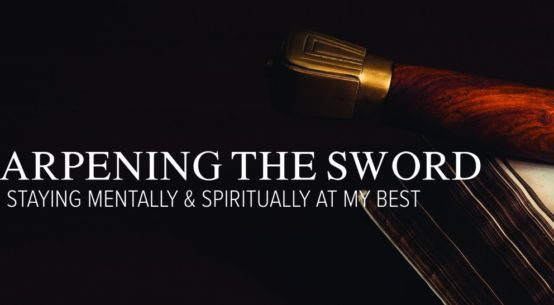 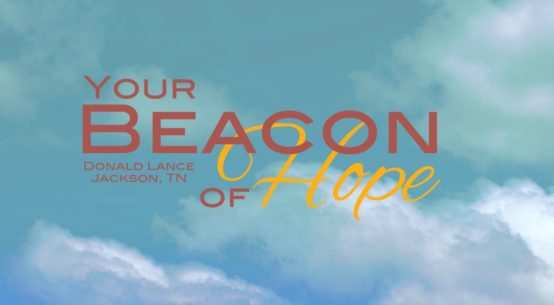