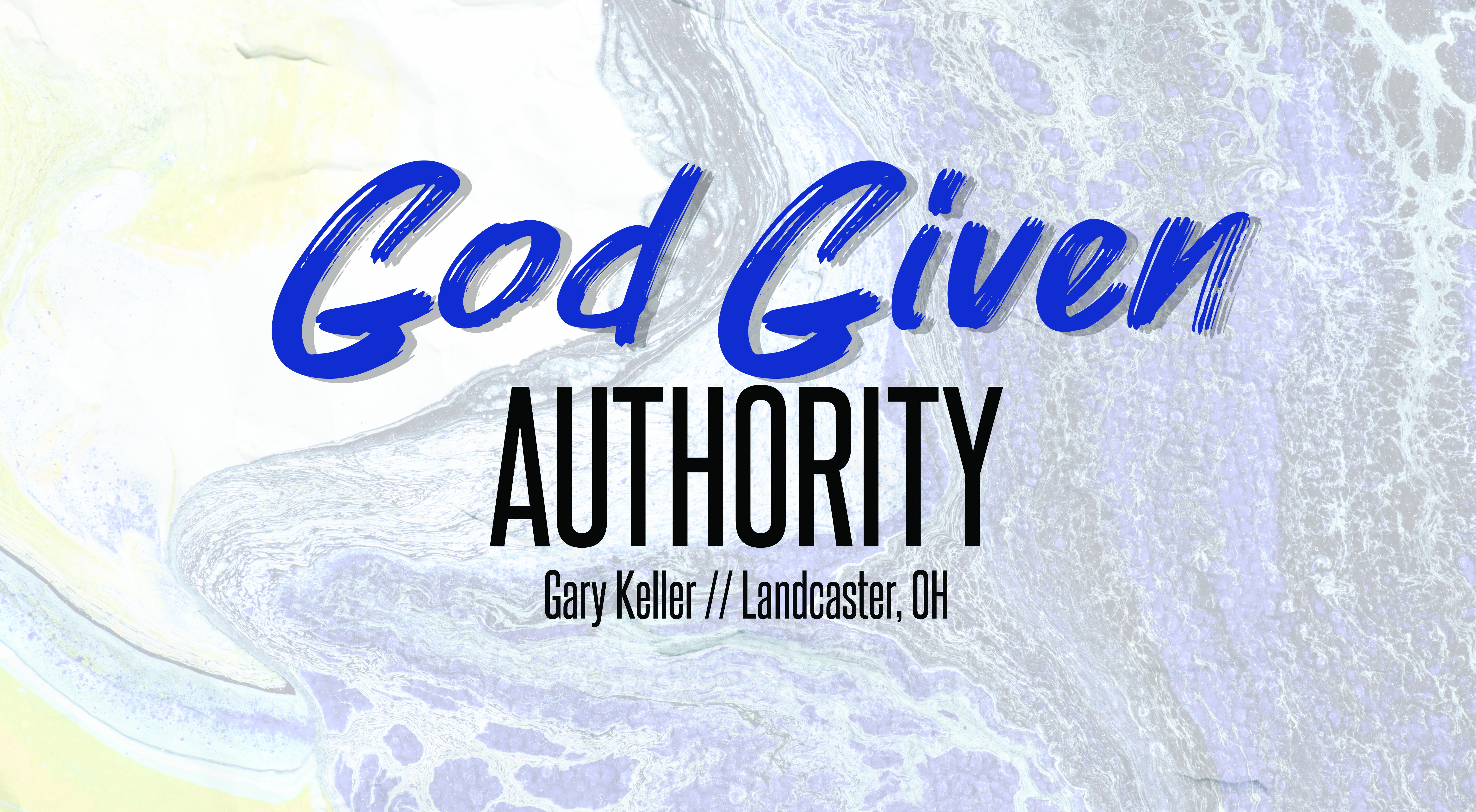 To look at this carefully you would have to go with me to Proverbs 29:2, “When the righteous are in authority, the people rejoice: but when the wicked beareth rule, the people mourn.” What is the wise man saying? He is saying when you are right with God, when you are where you are called to be, when you are in right standing with God, it is then that you have the right to say with the Apostle Paul in Romans 14:17, “For the kingdom of God is not meat and drink; but righteousness, and peace, and joy in the Holy Ghost.” However, when you are not right with God, when you are not where you are called to be, when you are void of spiritual authority in your life- the flood is going to come, the winds are going to blow, and the rain is going to fall. It is going to happen; you are going to be challenged because your house is built upon the sand. The enemy is not going to leave you alone. You and I must understand that it is vital that we have a rock that we are building our lives upon, our families upon, and our future upon. Jesus tells us: the wind is coming, the rain is coming and the waves are going to dash, but the house on the rock stood firm while the house built on the sand fell.

Authority Over The Storm

Right after that parable we hear these words from Matthew 7:28 – 29, “And it came to pass, when Jesus had ended these sayings, the people were astonished at his doctrine: For he taught them as one having authority, and not as the scribes.”  To survive the storm you must have authority over the storm. If this is just a game and you are building your life upon the sand, you are going to be wiped out. The enemy’s ability is to bring the storm, the wind and the rain, but if you have the authority of God- you can stand in the middle of it all and say, “my God is my rock and my fortress and my strength.” In other words, you have the ability or the power to control the command over the enemy’s ability.

In Mark 1:21-22, we find the first showdown between God’s authority and the devil’s ability. In this scripture, we get a clear picture of what God is trying to tell us. It went like this: “And they went into Capernaum; and straightway on the sabbath day he entered into the synagogue, and taught. And they were astonished at his doctrine: for he taught them as one that had authority, and not as the scribes.” When there is authority, the enemy is always going to feel threatened. When the scribes teach and preach, every devil in the world can sit still because they are not intimidated. However, when someone walks in with authority and teaches with the power and anointing of Almighty God, something is going to be stirred up. In the synagogue that day there was a man with an unclean spirit. When Jesus started teaching with authority, he cried out, “Let us alone; what have we to do with thee, thou Jesus of Nazareth? Art thou come to destroy us? I know thee who thou art, the Holy One of God. And Jesus rebuked him, saying, Hold they peace, and come out of him, And when the unclean spirit had torn him, and cried with a loud voice he came out of him. And they were all amazed, insomuch that they questioned among themselves, saying, What thing is this? What new doctrine is this? For with authority commandeth he even the unclean spirits, and they do obey him. And immediately his fame spread abroad throughout all the region round about Galilee.”

You can play games and be built on the sand, go through the motions and have no authority-or you can decide to activate the authority in your life and be a victorious, sold out, committed person to the kingdom of God. Do not let the enemy sell you short. You have authority if you are a one God, Apostolic, Jesus name baptized child of God. In Luke 9:1, Jesus called his 12 disciples together, and gave them power and authority over all devils and power to cure diseases. There is authority in the name of Jesus and you have power over the enemy.  You can be victorious over the enemy that is against you. God gave his disciples authority over the enemy, and he is no respecter of persons, he will give you authority over every devil that has come against you.

John 10:10 tells us that, the enemy’s ability is to steal, kill and destroy.  However, if you stop there you are going to short circuit your Apostolic position. Do not stop short of tapping into His authority. His authority said, “I am come that they might have life, and that they might have it more abundantly.” Jesus said, I have come to give you authority over the ability of the enemy and you have power in the darkness of night. Job lost it all, but he did not lose his authority. The devil had the ability to steal, kill and destroy almost everything he had but he could not take his authority.

The Power of the Word

The one thing that the enemy cannot pry out of your hands is the Word of God. He might take your faith, but he cannot take the Word. We see a story unfolding. Peter and the other disciples are in a boat, and they are fishing. Jesus makes a statement that does not make any sense unto them: launch out into the deep. They knew from experience that there were no fish in the deep at that time of day. But you have to understand Psalm 8:8 that talks about God’s authority over the fish of the sea. Even though they knew there were no fish in the deep and their faith said there were no fish in the deep, Simon said “even though my faith is weak, nevertheless at thy word.” Sometimes all we need is to take His word and then act upon it. The moment Simon Peter stood on the edge of that boat and threw his net out is the moment God said, fish go there, and they went, and they almost sank the boat. You might be right, there are no fish in the deep, but I challenge you to get on the edge of your boat and say, “God I am going to take you at Your word.” Your word has authority, Your word has creative power. You are able.”

Sometimes you wonder why the church was praying for Simon Peter to be out of jail, but they had no faith. How do you know they had no faith?  Because when Simon Peter showed up, and Rhoda said “he is at the door,” they said, “you are mad.” They were praying for something that they did not believe was going to happen. But when the faith of the church was gone Simon had a word from God. You have got to get the authority of the Word. Thank God for your faith as a grain of mustard seed, but sometimes that faith is not enough in your mind. So you have to go back and get ahold of the Word. He sent His Word and healed them, He sent His Word and delivered them, He sent His word and set them free.

Mark 9:17 says, “And one of the multitude answered and said, Master, I have brought unto thee my son, which hath a dumb spirit; And wheresoever he taketh him, he teareth him: and he foameth, and gnasheth with his teeth, and pineth away: and I spake unto thy disciples that they should cast him out; and they could not. He answered him, and saith, O faithless generation, how long shall I be with you? How long shall I suffer you? Bring him to me. And they brought him unto him: and when he saw him, straightway the spirit tare him; and he fell on the ground, and wallowed foaming. And he asked his father, How long is it ago since this came unto him? And he said, of a child. And ofttimes it hath cast him into the fire, and into the waters, to destroy him: but if thou canst do any thing, have compassion on us, and help us. Jesus said unto him, if thou canst believe, all things are possible to him that believeth. And straightway the father of the child cried out, and said with tears, Lord, I believe; help thou mine unbelief. When Jesus saw that the people came running together, he rebuked the foul spirit, saying unto him, Thou dumb and deaf spirit, I charge thee, come out of him, and enter no more into him. And the spirit cried, and rent him sore, and came out of him: and he was as one dead; insomuch that many said, he is dead. But Jesus took him by the hand, and lifted him up; and he arose.”

Pay attention: it says, “And ofttimes it hath cast him into the fire, and into the waters, to destroy him: But if thou canst do any thing, have compassion on us, and help us.” In the King James version it says, ” if thou canst believe, all things are possible to him that believeth.” The NLT version reads, “Have mercy on us and help us, if you can. What do you mean, ‘If I can? Jesus asked. Anything is possible if a person believes.” All you have to do is believe and stand on God’s Word. Turn your question of “can God” into a statement, “God can!” How do you know if God can, because he has given you authority, power and dominion over the adversary of your soul. “Greater is he that is in you than he that is in the world.”

Before God puts you in it, He gives you authority over it.