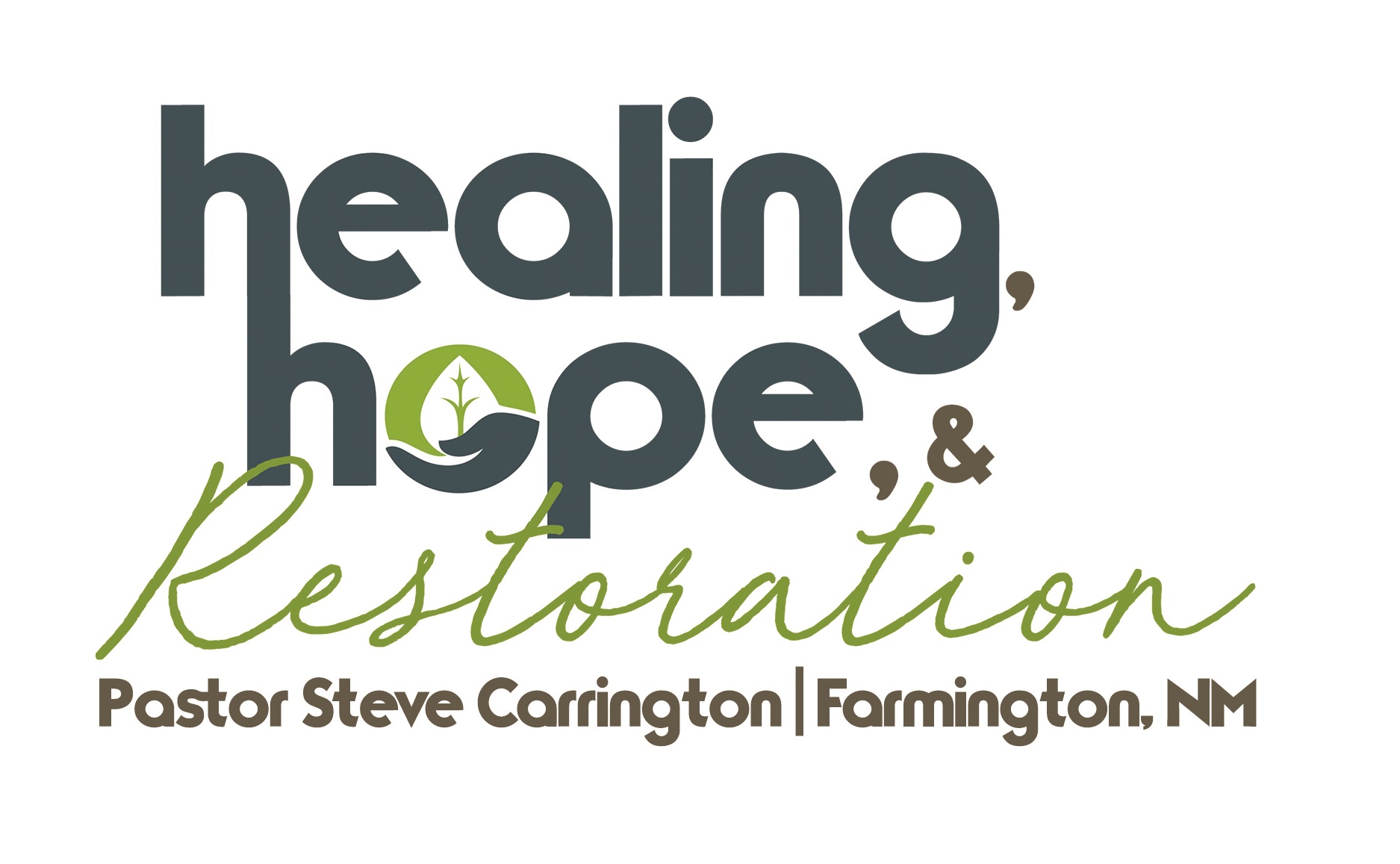 Welcome to Farmington, New Mexico, a place that is alive with majestic scenery and ancient history. It’s the traditional homeland to a number of Native American communities. Because of its great location and nearly ideal climate, Farmington is an outdoor recreation paradise with a plethora of activities, parks and recreational venues for people to participate in. The vision of The City of Farmington Department of Parks, Recreation and Cultural Affairs (PRCA) is dedicated to providing the opportunity for citizens to play, to laugh, to grow, to learn and to engage in enriching their quality of life. Nestled inside this recreational paradise is a church dedicated to its community. Farmington United Pentecostal Church, Pastored by Rev. Steve Carrington, is a place of healing, hope and restoration to everyone that is in need. The church features a friendly atmosphere, dynamic worship, anointed preaching, and relevant ministries that target every age group. Children, young people, and adults find Farmington UPC to be a place to belong to a thriving community of caring people and a place to become all Christ wants us to be!

Bro. Steve Carrington and his wife Sheila, were elected to the pastorate on August 17, 1998 and their first service as pastor was on August 30, 1998. “The church had gone through a difficult situation and was hurting,” said Bro. Carrington. “I will always remember that first service as pastor. I was scared and I am sure they were nervous, However, I felt the warmth and comfort of the Lord and knew that, even though this was my first pastorate, everything was going to be alright.”

Born in Levelland, Tx, but growing up in Dumas, Texas, Bro. Carrington was raised in the church and received the holy Ghost at age 9 and was baptized when he was 10 years old. “my father was a pastor for almost 50 years,” said Bro. Carrington. “When I was a child, visiting ministers stayed in our home, not in hotels. While it may seem inconvenient to do this, it was also very impacting for me. I never had a problem giving up my bed for an evangelist or visiting pastor. At age 15, I felt the call of God to preach, while attending a Holiday Youth Convention. Even though I loved the ministry and was protected from the hurts of ministry, the thought of being a preacher terrified me. I preached a few times during my teen years, but became discouraged due to shyness. It was not until God renewed the call, at age 24, that I actually entered into ministry. I began preaching and received my local license at age 27. I served as Sectional Youth Leader for 3 years and became Texico District Youth President at age 30. At age 32, I was elected as pastor of the United Pentecostal Church of Farmington, New Mexico. Following my tenure as youth president, I served as the District Apostolic Man Director for 4 years. I was then elected as presbyter of our section, and one year later became the Texico District Secretary. After serving as the secretary for 3 years, I was elected to the position of Texico District Superintendent, which I’ve held for the past 9 years.”

There are several men who have influenced Bro. Carrington throughout his life and their ministries have made an impact on him. “Some of them were close, while others impacted me from a distance,” explains Bro. Carrington. “My father, David Carrington was my biggest influence. Bro. JT Pugh was a huge influence in my pre-teen and teen years, while Bro. Terry Pugh was very influential in my ministry years. There were also other men like Bro. Bill Ford, Bro. Charles Grissom, Bro James Kilgore (who won my father), Bro. Wayne Huntly, and Bro. Wayne McClain who impacted me from a distance. I would watch these men and listen to messages they preached.”

“I try to live by the principles that I heard and elder say several years ago. He endeavored to do three things every day: touch God, touch someone else, and touch a project that would outlive him.”

Bro. Carrington and his wife, Sheila have two daughters, Brittany and Larissa. Larissa and her husband, Luke, and their daughter Maisen are currently missionaries to the country of Latvia. Bro and Sis. Carrington are very family oriented and love spending as much time together as possible. “The thing my family and I enjoy the most is camping,” said Bro. Carrington. “When we want to get away or relax, we usually retreat to the outdoors. Since we live 45 miles from Durango, Colorado, it is very easy to get into the mountains.”

There are numerous things that help assimilate church growth. One of those would be creating a culture of expectancy. “When people anticipate the miraculous, it happens. This is a direct result of the Church activating their faith,” explains Bro. Carrington. “There are three key elements that are necessary to seeing the culture of the church shift into a pattern of growth. First of all, There must be a hunger for God’s will to be accomplished. Secondly, there must be earnest prayer for the harvest. Lastly, the church must actively engage in evangelism and Bible Studies. When these three things happen, you will experience growth. We have had great results with Bible Studies. We have a Bible study class every Tuesday evening that we direct our new people to. They receive a certificate upon completion of the course and then transfer into the discipleship program.”

Bro. Carrington believes strongly in the family unit and the role it plays in the church. “Keeping our priorities right is imperative,” said Bro. Carrington. “God should always come first, followed by marriage and family. When the husband and wife are in agreement the demands are easier to accomplish. We must be careful to not lose our children while reaching for others. I feel very passionate about family. The church is only as strong as its families. After this, I try to focus on what is pending or paramount. I try to portray serving as a privilege and blessing rather than a burden. I also like to recognize those who demonstrate a servants heart. We have approximately 30% to 40% that will be involved in some form of ministry and we have approximately 10% that are involved in evangelism. Involvement is also a key to a revival church.”

Farmington UPC has a plethora of ministries and departments, giving people a place to connect and get involved. “Our desire is for any person to have at least two places or groups to fit into,” said Bro. Carrington. “We have several departments such as Sunday School, Student, Hyphen, Singles, Adults, Seniors, Men’s, Ladies, Music and Spanish. We also have a bus ministry, nursing home services, drama, and sign language as a few ministries for people to get involved in and connected.”

“We have our annual planning session where we cast vision and set the theme for the coming year. Then we have our monthly meetings where we focus on the upcoming events for the next two months. We also have a monthly leadership meeting for all department leaders.”

Farmington UPC has a rich history and Bro. Carrington is appreciative of those who paved the way for where they are today. “There were approximately 45 people that attended the church when we arrived,” said Bro. Carrington. “The first building we were in was a cinder block building that was just under 7,000 square feet. The sanctuary would seat 200 if you packed everyone in tightly. It comprised of five class rooms, a fellowship hall, and a kitchen. We were very thankful to have this older, but solid building to worship in. The building was constructed around 1965 to 1967 by the pastor and some of the church members. They congregation added on to the building in 1975 to give more room for Sunday School classes and a fellowship hall. We have just completed our new sanctuary and gym/fellowship hall. We built a steel building that will seat 300, with the possibility of a balcony that would seat another 150. We kept the former building for our educational department and Spanish services.”

Bro. Carrington is excited about what God is doing and for what the future holds for Farmington UPC. “The future is bright and full of promise,” said Bro. Carrington. “Through the help of the Lord, we desire to plant churches in the smaller towns around us, which currently do not have an apostolic church. We also desire to reach the Native American people. We are surrounded by reservations, with the Navajo Reservation being to the West and South and the Jicarilla Apache Reservation to the East. Our hope is to have preaching points and works reaching into the communities on these tribal lands.”

A Miracle in the Making