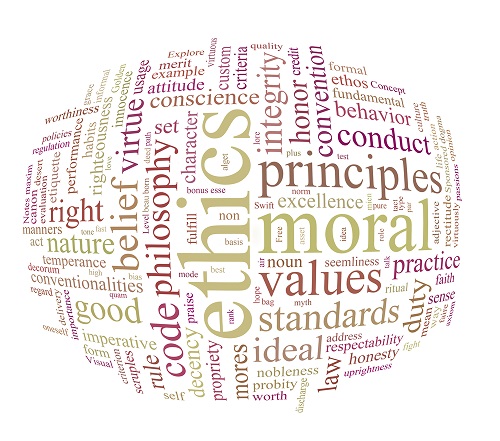 When you disembark from the SS Badger car ferry in Ludington, Michigan after your four hour, 60 mile cruise from Manitowoc, Wisconsin, or if you find yourself driving along the lakeshore in that area, you should head for Brenda’s Harbor Cafe downtown. Brenda’s is a neighborhood restaurant serving good food where visitors are always welcome and where a fascinating selection of vocal clientele and local politicians liven up the place with their opinions. I always try to visit when nearby.

Some time back, I stopped for breakfast and sat near seven older men in the cafe who were talking about current events and how things had changed in our country. Their discussion seemed to center around what was missing “nowadays.” They yakked about their boats, vacations, and their hunting trips, kidding and razzing one another. But in their conversation they kept coming back to the fear and frustration they were experiencing in the community concerning how schools, politics, and morals were being corrupted. They finished almost every statement with a sigh, asking, “What can we do?”

All of us sitting nearby could feel the soberness that had gripped the room as the men pondered their old friend’s warnings and gave their own personal opinions about “what ain’t right.” The worry and concern was palpable as they voiced their fears regarding what is being lost. It was an interesting and animated discussion. In time, of course, the conversation drifted back to talk of their boats and their trips to the Upper Peninsula.

“Something ain’t right” is a common feeling of our times. We cannot disregard the spirit of the world that is corrupting our values and our conscience, leaving us muddled, confused and without a sense of direction. If the knowledge of righteousness and holiness is lost altogether, what will we do? How can we be committed to what we don’t understand? How can we love what we don’t know or practice?

Kate Shellnutt posted an interesting article on the internet entitled “Moral Outrage In America Is Now For Everybody.” She cites a recent poll: “Gallup found a widening embrace for more than a dozen moral issues, including record-high acceptance for gay relationships, divorce, pornography, polygamy and physician-assisted suicide. Of the 19 issues queried about, Americans have become more liberal on 13 of them (with 10 hitting record highs) and stayed consistent on 6 —most notably abortion, which 43 percent of Americans and 34 percent of Protestants deem morally acceptable. Americans have not shifted more conservative on any of the 19 moral issues measured.”

“Something ain’t right” when the Church fails to stand for truth, righteousness, and holiness. The words of the Apostle Paul ring more true today than perhaps at any time in our past: Let us “earnestly contend for the faith which was once delivered to the saints.” Keep preaching, keep exhorting, keep contending… keep the faith.