Only Survivors Hurt
By Scott Graham

I once came across a comic in the Reader’s Digest. It featured several guys in suits and ties, sitting around a table, dishes piled high as they were at a restaurant. The men all had Pinocchio-style noses, long and outstretched. The caption noted, “Monthly Pastor’s breakfast was going fine, until someone asked the fateful question: ‘How’s your church doing?’”
We’re not always good at being honest about some things. We might respond to the question, “How are you today?” with a quick, “Wonderful!” while we are bleeding in our souls, and weeping in our pillows at night.

Tonight I’m going to ask you to briefly take off the mask, and lay it beside you. You don’t have to pretend to be anything other than who you are. If you’re hurting, you can hurt.
Life has some unfortunate truths in it. From our fleshly perspective, we probably wish that this was not so. Living here on earth would be so much easier, if we didn’t have to face life’s realities that come.
But the truth is that, in life, you will face days of disappointment, the string of betrayed trust, painful moments, dark valleys, hard seasons, broken promises, and wounded spirits. These are part of our existence here due to the Fall.

If Adam hadn’t eaten of the forbidden fruit of the tree, we wouldn’t be familiar with words like “renewed,” “healed,” and “restored.” If it weren’t for sin, nothing would need renewal. Broken lives would not need healing. There would be nothing missing that would need restoration. We wouldn’t need peace in the midst of chaos. We wouldn’t have to worry about backslidden loved ones. Our assurance in the Spirit would never battle against the weakness of our flesh.

But that is not real life. Real life has a component of pain. All of us will experience these aspects of life. Some of us are there, even now. We deal with the bitter taste of disappointments, wrestling with the trials of our faith. Hope feels distant; victory is absent. Life seems dreary and pointless.
As if our pain wasn’t already a difficult companion, we also have a tormentor, our adversary who fills our minds with regular thoughts of doubt. “You should quit, drop out, and go home.” We wonder, “Did God really call me? Where is He right now in these circumstances?”

I need someone to let their guard down for a minute. Pain is real. It eats at the soul, and it cannot be ignored. Pain has to be dealt with. It has to be answered and handled. My goal in preaching this message is to give you one way to handle your pain.

I have an eighty-two-year-old friend in rural Missouri, who was driving his wife home from a doctor’s appointment. They aren’t sure how it happened, but soon his car crossed out of the right lane he was driving in, and across the left lane as well. The car then hopped over the median, across oncoming traffic, into a ditch, through a fence, and into a farmer’s field.

Imagine the kind of ride that must have been. My friend and his wife were thrown around the inside of their car, the airbags deployed, and they were battered physically and emotionally. I called to check on him, and the words he spoke to me were life-changing: “Only survivors hurt.”

You may be in the middle of a painful situation, but your pain says, it’s not over. You still have a future. You still have a tomorrow. Your pain has a testimony, that hell couldn’t kill you. Hell has a problem on its hands. You may be hurting, but you’re still going on. Only survivors hurt!

It’s time for the survivors among us to confuse hell, and say, “Yes, I’m hurting, but I’m still here. You could not end me. It’s not over.” The pain my scream and bellow threats at you, but this is your testimony. You’re still alive, you made it farther than you thought you could. You came through.

Hurt means that hell didn’t win. Satan comes to steal, to kill, and to destroy you, but all he could do was wound you. You may be lonely, scared, and bleeding. But I ask you to see it as a testimony tonight. It couldn’t destroy you; it could only hurt you.

Pain is the companion of hope. Pain resides with courage. Pain walks in tandem with faith. Pain says congratulations, friend, you made it!

Now don’t misunderstand me. I didn’t say that pain was fun. When I was in eighth grade, I was helping tear down our old building next to the church where I grew up. My dad sent me to the truck to retrieve something. Exiting the building, I jumped off the porch and felt something funny. I looked down to see a nail sticking through the top of my boot.

Now I’m not a doctor, but even James says, “Brethren, these things out not so to be.” At first I thought, “Man, I’m pretty tough. I can’t even feel it.” But I began to move my toes and realize, the nail had pierced the boot and went right between my toes. I had the marks of an injury, but I was still walking.

Sometimes you come to church with marks on you; you’re bleeding, and folks look at you and say, ‘Wow, that had to hurt!” It’s not what you wanted. It’s not what you planned or asked for. But you’re still here. Your pain says that you are a survivor.

Someone has got to plague hell with this. We face church problems, harrowing diagnoses, depression, and hopelessness. Yet here we are, still singing, worshipping and praising our God.

When God’s people shout and dance, some think, “Oh, he must have everything perfect in his life.” No, it is in fact because they are hurting. But they have an understanding. If hell could kill them, they’d already be dead. All this pain can do is leave them with a scar.

“If any man be in Christ, he is a new creature.” Laugh if you want to. In the middle of the darkest valley, I’ll find a way to praise Him.

If Job had the option to curse God and die, then he also had the option to bless God and live. So it’s about making a choice. I may not like what happened, I may not enjoy the pain, but I can either walk away from the church, or I can run into the arms of Jesus.

In Acts chapter 5, the apostles were brought before the Jewish council, told to never preach the gospel again, and beaten. There was nothing fun about that. There was nothing exciting about that experience. They were flogged for nothing. They didn’t do anything wrong towards God. And yet, in verse 41, they departed rejoicing, “that they were counted worthy to suffer shame for His name.”

The dead cannot cry. Tears are an indicator of life. Romans 5:3 informs us, “we glory in tribulations also.” Why? Why do we find joy in difficulty? Why can we be seen bruised but smiling? It’s because halfway through, the enemy whispered in our ear and said, “You’re not going to make it. You’re going to backslide.” But now, here we are!

The Bible describes the birth of Ichabod in 1 Samuel 4:21. His name was shrouded in infamy. It meant, “no glory.” It was a lament, because he came from a dark legacy. His father, Phineas, was killed in battle as judgment for his unfaithfulness to God. His grandfather, Eli, the high priest, broke his neck and died upon hearing that the Philistines had captured the Ark of the Covenant. His mother died giving birth to him.

The midwife aptly named him, “No glory!” Although he had nothing to do with these developments, and yet he wore the shame of yesterday all of his life. His name recalled the disasters of the past. I’m sure the devil whispered in his ear, reminding him of the pain in his name.

But much to our surprise, Ichabod had a brother. He is mentioned in 1 Samuel 14, when King Saul is with his men under a pomegranate tree. His name is Ahitub, and his meaning is amazing to me, revealing the providence of God: “My brother is good.”

All his life, Ichabod was reminded of the pain in his name. But all the while, he had an older brother, saying, “My brother is good! He’s got this.” In the midst of your pain, you need a brother to come up next to you and encourage you. I believe in your future. Don’t quit! I know it hurts, but you’re my brother, and we are going to make it together.

I am not discounting your pain. I know it’s been tough. But somebody has to look at hell and say, “You’ve got a problem.” You couldn’t kill me. You could only wound me. I may be hurting, but I’m a survivor! 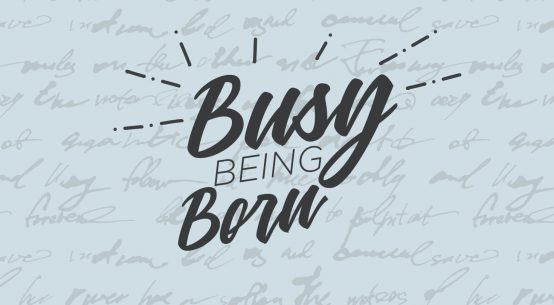