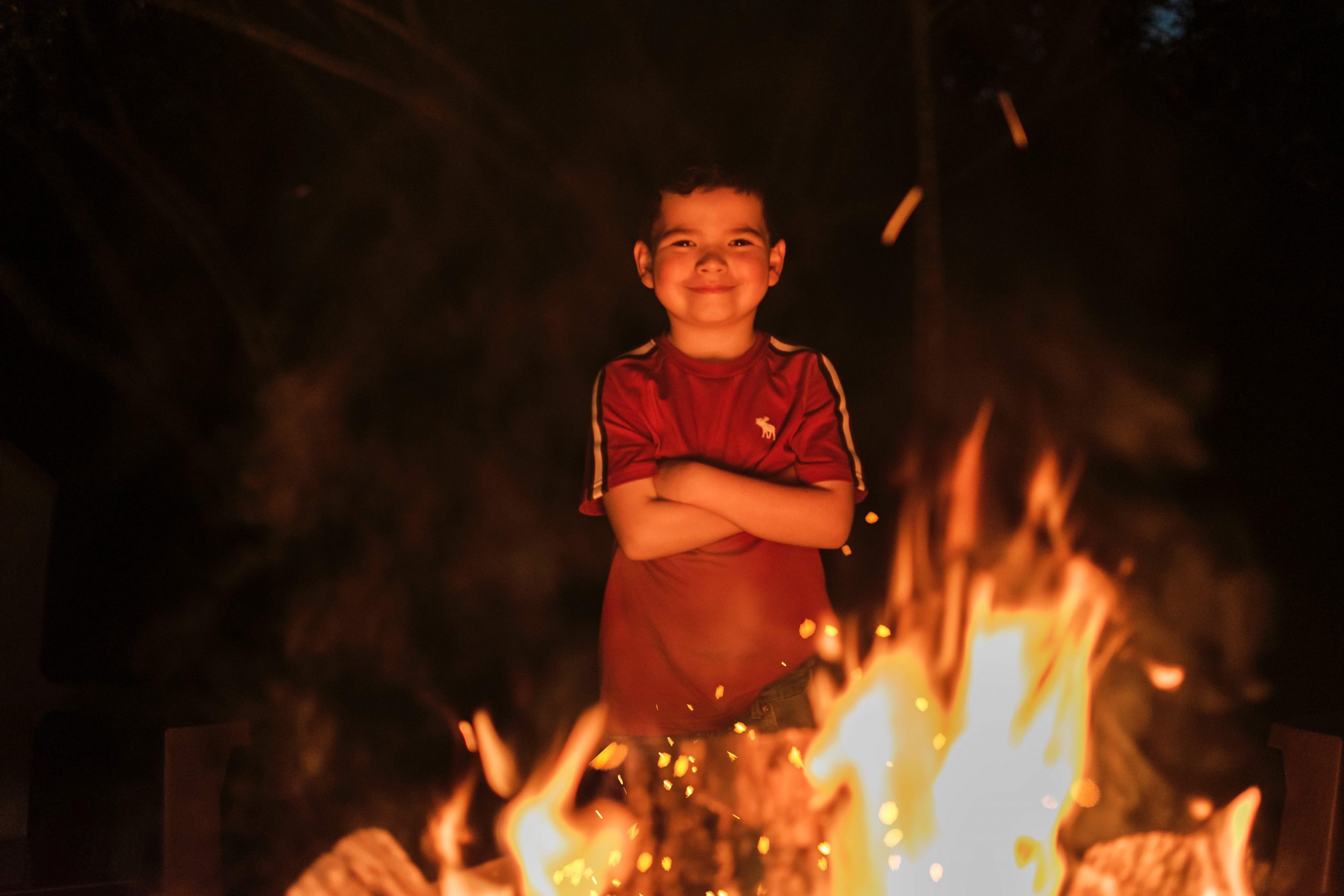 Although I was only a young child, I can still remember how amazing that new carpet in my parent’s room felt underneath my feet. The carpet was powder blue, a choice of color that I never questioned until later in my life when reflecting upon the unfortunate series of events I’m about to share. While it lasted, it was a spectacular carpet; the problem is, it didn’t last long.

Being in our parent’s bedroom was an everyday occurrence so there should not have been any concerns. Since my sister is only a year older than me, it’s hard to honestly blame her (although I’d still like to) for what happened next. To this day, I lament that the newspaper and lighter were both within reach on the dresser. I can still hear her saying, “you hold the paper, and I’ll light it.” If you just gasped, it was with good reason. The small flame from that lighter took the corner of that newspaper and quickly turned it into a torch in my hands.

Within seconds our terrible idea (I mean my sister’s idea) had us in panic-mode. As the fire grew in my hands, I did the only thing I could think of: stop, drop the newspaper, and run. Once we began screaming “Fire!” my mother jumped into action with a seasoned firefighter’s proficiency–soaking the powder blue carpet where the fiery newspaper was laying. When I heard my mom yell my full name, I walked into the room with my hands strategically covering my backside. When I entered the room, staring back at me was a sizeable burnt circle in the middle of the floor. “What were you thinking!?”, are the words that our recently terrified but now completely infuriated mother asked us. While I tried to point at my sister and pass the blame alone, it was soon evident that we both had punishment ahead of us.

Sure, I had already learned in Kindergarten not to play with fire. However, I had never felt the sting of fire on my skin until this point in life. Once I felt the heat feverishly closing in, one wrong decision led to another until serious consequences were inevitable. Somehow, my childish thoughts never stretched beyond the moment into the possible costs connected to them.

Without fail, I’m always troubled when I read about the beggar and rich man of Luke 22.

Considering the torment and the heartfelt petition for a single drop of water stirs the reader to remember the descriptive nature of what the elders would call, “a hell to shun.” Hell is not an imaginary place like some make-believe land. Whatever it takes, we must avoid an eternity lost!

May we all take an honest evaluation of our actions and consider the consequences regularly. Listen to the guy who burnt a giant hole in the powder blue carpet. Remember, your choices have consequences, and ultimately it’s your soul that weighs in the balance.