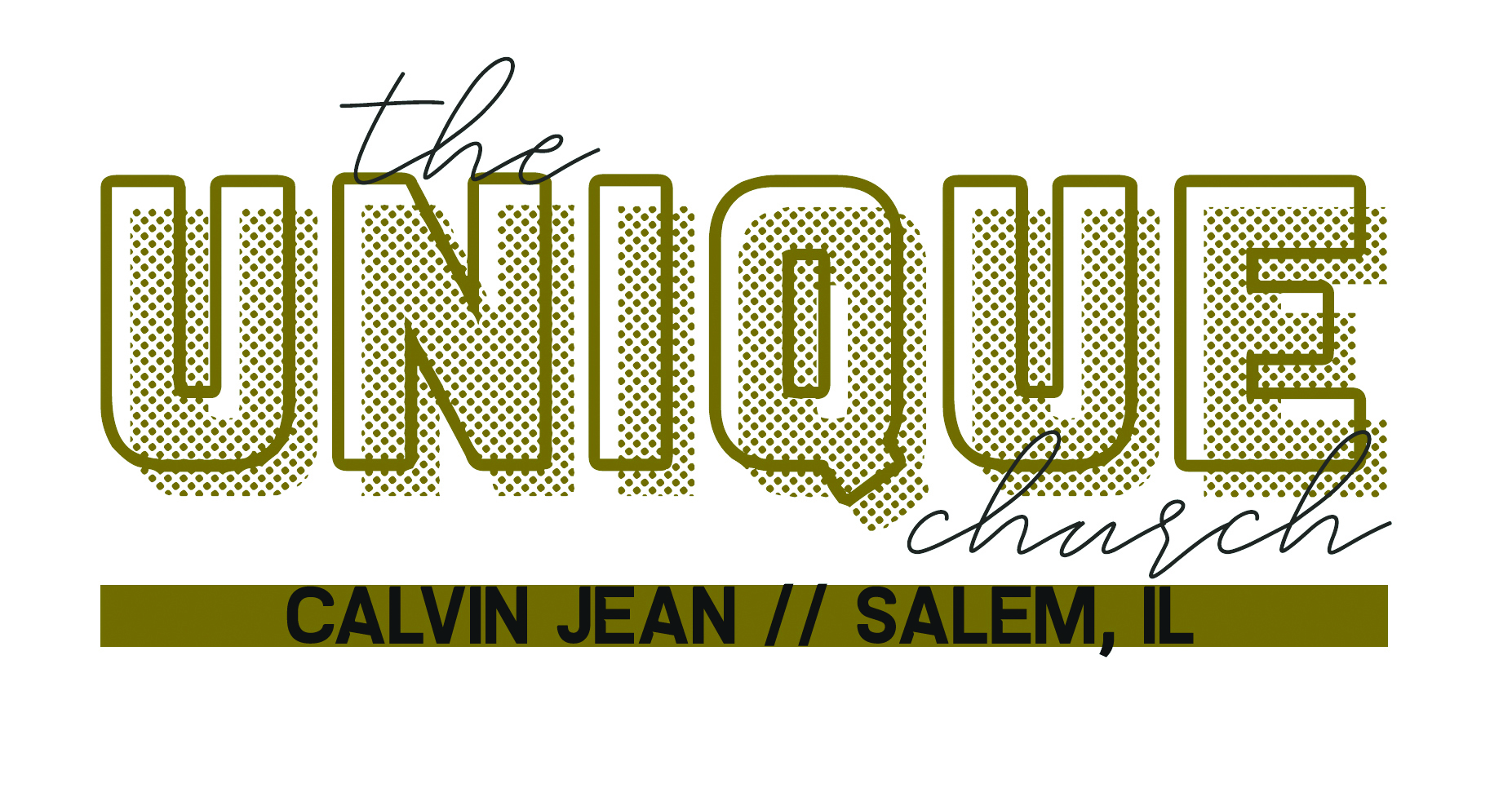 “I feel very strongly about every community and every church having a uniqueness,” says Pastor Joe Calvin Jean Jr, of Apostolic Church of Salem in Illinois. “There are other churches in other cities doing things that may or may not work here because every community is unique. One of the keys I felt God gave me for here was prayer. Salem has 37 churches of all stripes and flavors for a small town of 8000 people. It’s a very religious community. There’s a lot of traditional denominational views. I felt prayer was a very important key to growing a church in this community.”

Pastor Jean says, “The second key when we first came was to have ‘great church,’ great worship, great move of the Spirit. I focused a lot of time on preparing to feed the flock and to preach. That was a very important key. We would get people here about three hours a week and I wanted those to be the best three hours they would have all week.”

“Another key is evangelistic preaching.” Pastor Jean continues, “Sometimes, as a preacher, you focus on problems that you’re dealing with. That can come across in your preaching, but I continued to focus one of those three services on preaching to the lost even if the lost weren’t there.”

A third key in Salem is an attitude of openness and inclusiveness. “Whoever will let him come. That attitude has to be developed in the church.”

For Salem, “another key was personal evangelism.” With personal evangelism, Pastor and Sis Jean got the whole church involved in some way or fashion. “Some people say that only looks like one thing, say Bible study or door knocking, but we wanted personal evangelism to be as unique as that individual, whether it’s Bible studies, inviting friends they work with, having a Life Group, and the list goes on and on.”

Pastor Jean believes, “I am commissioned to feed the flock. Early in my ministry, I thought being busy with God’s work meant that I was being spiritual. I came to the realization that God wanted to walk with me every day and I needed to carve out time and say, ‘Okay, God, here I am. Let’s visit.’ That’s priority number one. Then, study comes right after that. I have to focus on what I can do and then mature the church to do what they can do.”

“Early on,” Pastor Jean says, “the overall attitude and environment was the church as a family, fellowship, connections. As we turned those connections into increasing attendance and evangelism, there was a swell of fellowship. It wasn’t just in the church. Salem is a small community and very family-oriented.”

“As we began to grow, I think the biggest thing was our community reach. We quit focusing so much on what was happening here on the campus every week and started focusing on things that were already happening in the community, helping at a pregnancy center, feeding the poor, addiction recovery. We started getting involved heavily and joining hands with other groups that were already doing it. That caused a huge awareness in our small community. So, that increased attendance as well.”

For organization, Pastor Jean has all the usual ministries such as First Impressions (ushers, greeters, etc), Worship (music), Facilities (scheduling, cleaning, maintenance, etc), Children’s, Students’, and Family Ministry, and many others. “We have Life Groups which are common interest groups. They aren’t age-related. Some are Bible Study groups.” There is also a Widows and Widowers group and a Writer’s group. “Anybody can start a Life Group. These not only involve people in the church but people outside the church as well.”

“We do an annual planning in the fall of the year, where we take a couple of days. The pastoral staff shares the vision of where we feel like God is taking us for the next year. We don’t develop individual department’s plans for them. We set the vision and give them the power and the opportunity to set the course for their ministry following that vision.”

Including Life Groups, Pastor Jeans thinks about 60% of the church are involved with about 50% in evangelism. To promote involvement, Pastor Jeans says, “Info, info, info. I found out that if they know what your needs are and what you’re trying to do, that’s the first hurdle. Right behind that, in our Life Development series which has five levels, level three has personality tests and a gifts and talents inventory. In that, we get a list of where they would like to plugin.”

“I’ve never thought of my current ministry as a stepping stone. I always gave it 100%. I thought, ‘If this is the last thing God asks me to do, I’m going to give it my best.’ A second philosophy was I determined not to make any decision until I’d heard personally from God. I do call friends, mentors, and my pastor. I’d get that advice, but I would not make a decision that determined the direction of the church without God speaking to me. Sometimes, it would take Him awhile, and people would get impatient, but I determined I would wait on the Lord. Another philosophy was there wasn’t going to be any sacred cows. We’re going to hold onto doctrine and preach the truth, but the methods, ‘this is what we’ve always done,’ that wouldn’t be part of the equation. I realized what works in my former church in terms of methods or programs would not necessarily work where I am now. God called me here and this community is just as unique as I am. Another philosophy is I didn’t take up the comparison game. Faithfulness isn’t measured by the size of my church. The church goes through seasons. There’s harvest, planting, and times where you’re letting the soil get through the winter. I’ll do some self-surveying, but it could be more than just me personally. My philosophy comes from the book of Acts, revival, doctrine, and fellowship. Those three things are core to what we do.”

Pastor Jean’s focus group “is ‘Reaching the Lost and Maturing the Saved.’ As far as ages and demographics, our church slogan is ‘A Church Without Walls.’”

“Early on, I felt very strongly to preach against the spirit of fear. There was so much fear in people. As I was preaching, I felt that fear release. I felt a hand on my back. I turned around and there was nobody there. I felt the Lord say, ‘I’m there with you.’ I knew this was for the church I’m privileged to pastor, God has not given us a spirit of fear. I also focused on unity. COVID had the ability to divide people—mask, no mask, quarantine, church, the list goes on and on, dividing even down to politics. Those were the two big focuses of our preaching.”

“In September every year, we have Family Nights on Wednesdays. On Sept 18, 2019, my final question to the church and the panel was, ‘If the church shuts down, what will your ministry and family do for God and know about God?’ Little did we know that would happen in the next five months.”

“The biggest revelation for us was how much ministry continued when we couldn’t have church in the building. The whole church realized we were focusing on having church and there wasn’t much ministry outside of that. We realized how much we relied on just coming to church Sunday and Wednesday. I really think God is preparing the church for one last revival. We thought it was going to be some big Holy Ghost convention where everybody comes together. I think COVID shows us that it may not be a church service where the huge last revival springs from. We have folks who watch our services and comment that’s never darkened the doors, but they are in Bible studies every week and watching the services. It’s amazing what God is doing.”

“Bro Tinney told me something a long time ago that shifted my mentality about my pastorate. He said, ‘Calvin, work the hardest on the relationships you are going to have the longest.’ What he was saying was my family comes before my pastorate, not my ministry because I’ll always be called. When I retire or I can’t pastor anymore, I’m still going to have a ministry. I will always be a husband and a father until the day I die. I need to work the hardest on those relationships.”

The Ethical Debate on Genetic Engineering