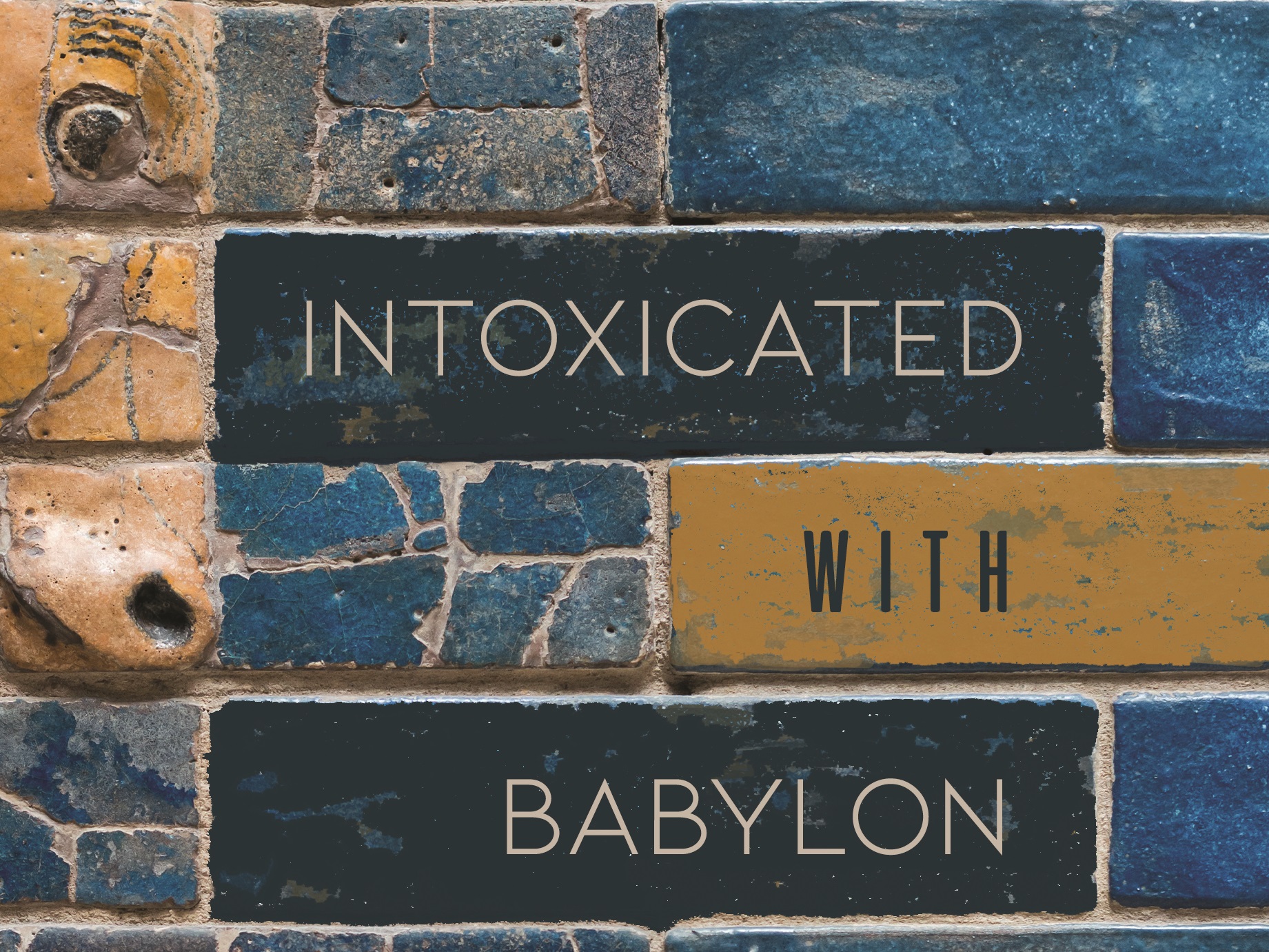 “And the Lord spake unto Moses and unto Aaron, saying, When Pharaoh shall speak unto you, saying, Shew a miracle for you: then thou shalt say unto Aaron, Take thy rod, and cast it before Pharaoh, and it shall be come a serpent. And Moses and Aaron went in unto Pharaoh, and before his servants, and it became a serpent. Then Pharaoh also called the wise men and the sorcerers: now the magicians of Egypt, they also did in like manner with their enchantments, For they cast down every man his rod, and they became serpents; but Aaron’s rod swallowed up their rods. And he hardened Pharaoh’s heart, that he hearkened not unto them; as the Lord had said.”

The heroes we admire in the Bible had a confrontational anointing. God didn’t choose people that were weak and silent and didn’t do anything. He used people that would go before kings and before the enemy and say things and be bold. If you’re going to be used in the end times, God isn’t looking for a weak generation of Apostolics but for those that will stand out and say something. David confronted Goliath. John the Baptist confronted Herod. Daniel looked Belshazzar in the eye and said, “You’re going to die.” Shadrack told Nebuchadnezzar “I’m not bowing down.” Paul told Agrippa, “You need what I have.” Jesus stood before Pilate. If you’re going to do something great, you’ve got to confront your own giant, whether it’s fear, anxiety, your past or your addiction. God was preparing Moses for something far greater than a confrontation with a no-name Egyptian soldier. It would take forty years, but Moses would go before Pharaoh, the most powerful brutal man on the planet, look him in the eye and say, “Pharaoh, let my people go!”

Pharaoh Loved to be Entertained

When we think of Pharaoh, we think of bondage, slavery and babies dying. I think of cruel punishment and taskmasters, but God didn’t think of any of that. He said “Moses, when you confront Pharaoh, the first thing he’ll say to you is “Show me a miracle.”

Pharaoh loved to be entertained by the man of God’s anointing. “Moses, show me what you learned in your prayer life. Tell me about the burning bush. Impress me, preacher.”

COVID made spectators out of saints. You can watch the service and do the dishes. When the preacher says, “Pray,” you can turn it off. I’m not here to entertain you. We’re anointed by God to deliver you! Church is now on your iPhone or iPad. Watch a little church at nine, and watch a little football later. “When you’re done, preacher, the world entertains me.”

Aaron threw Moses’s rod down, and it became a snake. Jannes and Jambres came in and turned their rods into snakes. The name Jannes means to vex, and Jambres means foamy healer. Then, Moses’s rod, turned snake, ate the other snakes!

Pharaoh was like, “Wow! This is cool. I’ve got Moses doing miracle tricks, and magicians doing magic tricks.” “I can have church and the world.” But you unleash a snake fight in the spirit world! Now the rod of Moses and the rods of Jannes and Jambres are fighting. Moses probably didn’t sleep by the rod that night. “Just put the rod by the bed, Moses.” “I think not! That thing’s going outside the tent!”

The anointing goes against your addiction no one knows about. You’re tormented because the two are warring with each other. You want to go all in.  Entertainment says, “Just chill, baby. It’s COVID. Take time off from God. Stop praying. Binge watch on Netflix, but don’t binge watch preaching!”

The Nile River is blood, and Pharaoh went into his house and put it out of his mind. What did you do today, Pharaoh? “Oh, I watched the greatest river in the world turn to blood! It’s no big deal, just a preacher and a false prophet.”

Frogs in the House

“Unleash the frogs, Moses!” Boom! Frogs are everywhere, including the palace. I pray for an anointing that bothers the comfortable; not convicted; never going to pray through; never going to break down; never going to deal with the struggle in you. Moses’s message was now getting into Pharaoh’s house! What you feel here eventually will make its way into your house. God wants a place of habitation in your family, not just a visitation.

“Oh, Moses, the show was cool until the frogs! Get rid of them!” “It was good preaching until… I missed the game? He preached that long?”

You’re intoxicated with entertainment when you want your deliverance tomorrow! Intoxication starts with excitement and euphoria, then progresses to confusion, stupor, and finally, death. You can watch twenty hours of shows and desire to get up and pray in the morning. Then you sleep in. Entertainment kills your discipline to step from the world into the Spirit! There’s a difference in being too exhausted from work to get up early and pray and not being able to wake up after going to bed at two in the morning, because you were on your phone for six hours.

Then the lice came! Don’t mess with God, because he has weird ways of getting to you. “I’m not going to pray.” Well, enjoy the bugs, in your hair!

“Man, Moses! Lice? Really? Magicians, compete!” But they couldn’t make the lice appear. Pharaoh’s show is now becoming divided. His magicians declare, “This is nothing but the finger of God!” What a moment when the spirit of entertainment admits God’s little finger is more powerful than anything it can do.

Pharaoh’s already having a bad day with frogs, lice, and locusts. Then boils broke out. I never understood why God had Moses put his hand inside his bosom, and it came out with leprosy, until I found out the word boils meant leprosy. The magicians couldn’t stand before Pharaoh, because they had leprosy.

“But if I stop watching the show, I won’t know who dies.” I know you’re dead, spiritually! “If I stop being on my phone, I’ll miss out on so much, and the selfies….! If I start reading my Bible instead of going to the same social media site 4,300 times a day, I won’t see who posted something new.” Yeah, you’re going to miss out…. on hell. I’m convinced when the Rapture takes place, people will be distracted on their phones.

Confronting the Big One

Michael Landon of Little House on the Prairie said, “When you’re entertained by shows, you’re letting people into your living room, that if you really knew them, you would never let them in.” You can’t watch sex scenes all the time and wonder why you’re struggling with adultery and fornication. You cannot let the world into your eyes and expect your heart to be clean.

“I’m not really struggling or sinning.” The devils are saying, “We’re inside! We’ve got his eyes. We’ve got her eyes.” Pharaoh started the encounter by saying, “Show me a miracle.” He died watching a miracle as the Red Sea drowned him. Apostolic anointing entertaining you will eventually drown you.

You would think Pharaoh would plead with Moses, “I’m sorry, Moses, please bring my kid back to life.” But his last words to Moses were, “Bless me also.” You’re drunk on entertainment when your family is dying and going to hell, and all you care about is blessing.

The moment you start criticizing leadership, entertainment has you, because it creates a critical spirit. Michal criticized David and became barren, and David let the Philistines kill the seven kids she already had. If Michal and Pharaoh were here, Pharaoh would say, “It’ll cost you your son! Michal would say, “Don’t just watch and criticize. You’ll survive, but Junior dies.” Entertainment is after your boy! You shouldn’t make your son fight his daddy’s demons and your daughter, her mother’s monsters, just because you’re fine.

Why aren’t we seeing miracles in North America? We watch everything; games, concerts, shows, church, preaching, etc., and the devil loves it.

Throw the Rod Down, Game On

I’ve been praying all day, “Let the altar call get into their houses. Let it get on their phones. Let it get on their iPads!” I’m not your Hulu, Netflix, or Disney Plus, but I’ve come to wake you up. You know if there’s another god in your house. College kid, delete apps that give access to your struggles. I pray for a John the Baptist anointing; a Samuel spirit; an Elijah mentality. I wish there were dads who wouldn’t care what their teenage attitude kid thought and moms who wouldn’t care who rolls their eyes at them. Throw the rod down and tell hell, “Game on!”

There are throne room angels here! I’m here to connect you to an atmosphere of heaven. I’m tired of our intercessors walking in deep depression, because this spirit has dragged them down.

Preach to the Lost

Bro. Stoneking taught me when a hero dies, and they visit you in a dream, it’s probably their angel, because their angel looks like them. They thought it was Peter’s angel at the door.

“Well, Bro. Herring, you’re preaching against everything tonight.” Why are you defending what you know you’re addicted to that’s trying to take out your child? In his book, Intoxicated with Babylon, Steve Gallagher says the average American sees 9,000 sexual scenes per year. The preacher preaches and you say, “Well, that was old-school!” People say that to me. Where have we fallen to when you say the word “entertainment,” and you’re old-school? Were John the Baptist, Paul and Peter old-school? They stood for what was right and pure. Herod, if John the Baptist and your brother’s wife are in the same house, you’re going to either kill the preacher or the relationship. You’re going to either shut down the voice of the man of God or shut down the struggle.

“God, consume us like a fire!” Repentance unlocks things and connects you to the favor of God. “Be ye holy for I am Holy,” says the Lord. Pray in tongues. Scatter the enemy’s camp. “Let God arise and his enemies be scattered.” Take authority and let the spirit world know, “My eye is single. My ears are single. My mouth is single. Therefore, my body is full of the light of the Holy Ghost. My eyes, ears and mind belong to Jesus.” Win that snake fight, and let the magicians get boils! Let the frogs loose. It’s time for victory in uncommon places, victory in hidden places, and victory in secret places.

Rev. Joshua Herring has served as a full-time Evangelist for 18 years. He & his lovely wife, Jenee, have 4 children; Jude, Jhett, Jade & Jaxton. He is based out of the First Pentecostal Church, pastored by Rev. Brian Kinsey in Pensacola, FL. The Herrings are seeking direction from God to leave the Evangelistic field to pastor in the near future.