Election Season is Upon us

Election Season is Upon us 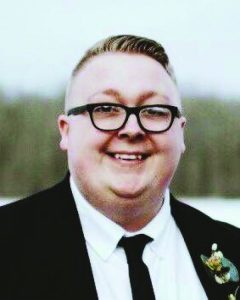 Election season is upon us, and from what I can gather, it seems that many are exhausted with American politics. The rhetoric, the narratives, the biases, the end

less arguing, the shameless tweeting; I’ve heard the response from our citizenry summed up as such: When will this chaos end?

The truth, however, is that the divide in this country is not one that is thriving on the surface level of politics. No, the divide in our nation goes much deeper, to the heart of culture, ideology, and worldview. Many are beginning to understand that, when we vote in the postmodern era, we aren’t merely voting for the most likable or agreeable candidate on the surface, as if this were some kind of personality contest; we are, in fact, voting for that candidate’s platform, the ideas they espouse regarding life, humanity, God, and how a nation should be governed.

This divide is not superficial, nor is it going away anytime soon. When a culture allows itself to become split on the notion of values and reality – i.e., when we accept some things as dogmatically true, like mathematics, while rejecting others, like the idea that there are only two genders, a type of cognitive dissonance slowly but surely settles in people. It is chaotic, unstable, and unsurvivable.

As apostolics, we have the answers to those questions. We know that God made man in His image, and it is from this truth that we understand the need to protect innocent life, the need to define marriage as between one man and one woman, the need to correctly teach our children not about someone else’s gender fantasies, but about the binary code of male and female that God built into our

These are not subjects we preach and talk about because they are “current” and will make us sound up-to-date. We preach and talk about these issues because they are the very things that formulate a nation’s ultimate survival or destruction. We refuse to let our stances on these issues fade into the background, because as the torchbearers of the flame that is this wonderful Christian truth, we have a moral and spiritual obligation to hold them high amidst a cultural tsunami of sin and unrighteousness. And yes, just like we take them into the church on Sunday’s and Wednesday’s, we take them with us into the voting booth on Election Day.

This does not make us “political junkies,” unless we become awash in the hype and hysteria that surrounds modern politics. It makes us a peculiar priesthood that refuses to let Satan’s tools of deception corrupt our worldview, and from there, our souls. As Jesus so aptly stated, “Behold, I send

you forth as sheep in the midst of wolves: be ye therefore wise as serpents, and harmless as doves.”