I Think I Am Called What Do I Do Now?

I Think I Am Called What Do I Do Now? 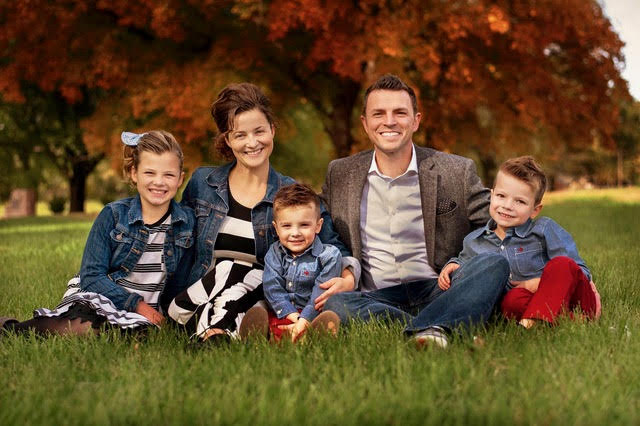 Bro. Dornbach, briefly tell us about yourself and your ministry.

I grew up in an Apostolic home since I was seven-years-old, but I did not feel a clear call from God until I responded to Him during a private school choir tour when I was 17. Upon receiving that call, I immediately spoke with my pastor and began serving in various ministries in the local church. God opened the door for my wife and I to move from Wisconsin to Liberty, MO to take over as Lead Pastor of Refuge Church. We have been there, with our three children, since June of 2009.

Every person’s calling is different. We see this throughout Scripture. Some were called to build an Ark (Noah), leave their country and go to another country (Abraham), one married a king and saved a nation (Esther), one received a call from a burning bush (Moses), and one was struck blind as God spoke about his calling from the heavens (Paul). Different callings at different seasons of their lives, but each one was called by God at a specific time and place for a specific purpose. Do not question your significance or your call, trust that God can and will use you.

When God laid a burden on Nehemiah’s heart, he immediately began to pray and fast before taking it to anyone else. That is the best place to start. Then he took what he was feeling to the authority in his life at that time (the king), and he received permission to go and accomplish the call to rebuild the walls of Jerusalem. After you have prayed and fasted, immediately go to your pastor and make your pastor aware of what you are feeling.

How can I tell if it’s really God?

Spiritual authority is also a principle throughout the Word of God. Go to your pastor and allow your pastor to pray with you and help you develop what you are feeling from God. Always keep the lines of communication open with your spiritual authority. God’s Spirit, His Word, and your pastor are three ways to know what God’s will is for your life.

How do I develop my call and what do I do in the meantime?

Focus on your spiritual disciplines. Ministers do not last long term in any form of ministry if they try to give from an empty well. The altar was the biggest piece of furniture in the Old Testament Tabernacle for a reason. Later, when it was time to rebuild the Old Testament temple after the first one laid in ruins, Ezra tells us that they started by first rebuilding the altar. The first thing we must make sure to focus on before anything else is our altar.

After that, do not sit around waiting for a microphone to sing or preach. Jesus said those who would be greatest among us would first be servants. Serve well. Serve often. Serve with consistency. Remember, pastors regularly have people tell them they are called. God does not usually appear to pastors in a burning bush about who is called, just like He usually does not appear to you to call you in that manner. Sometimes, the best ways pastors know who is called is by looking at who is already in the field. David was in the field. Gideon was in the field. Do not ever sit in a church doing nothing. Get involved somewhere, show up early, and do everything you can with the highest level of excellence possible as unto the Lord.

What role does mentorship play in my future ministry plans?

Mentors are key in our ministerial development. In my book, I name and thank a list of people who intentionally made time to invest in me, give me ministerial opportunities, listen to me, correct me, and pray with me. I do not think I would have developed into the man that God has called me to be if it was not for them. Just be careful that your mentors are not saying something different from God, His Word, and your pastor.

What motivated you to write this book?  What’s the story behind it?

Being called by God can sometimes be a frustrating process. Yes, you read that right. I say that because no spirit-filled believer takes a call from God lightly. You have this deep desire to be mightily used by God, especially if you are reading this article. However, the point between our initial call from God and the fulfillment of that call is not overnight. It would be great if God would just have us check an app where we could find out our mission with details about when, how, and where. It is just not the case. If we are going to lead others in a journey of faith, then we certainly need to have firsthand knowledge of what navigating that journey looks like.

I felt called by God at 17 years of age, but I did not step into a full time pastorate until I was 28.. People would constantly say, “Your gift will make room for itself.” Yeah, but what should I be doing in the meantime? So I wrote a book because God told me one day to write down the things I learned on this journey.

Cost and how to order? 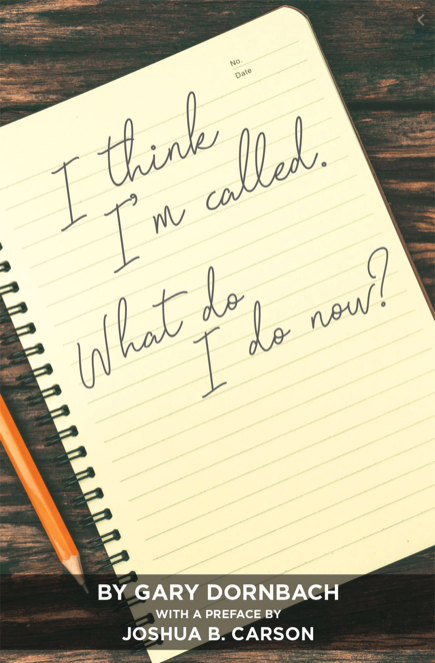 “I Think I Am Called. What Do I Do Now?” can be purchased for $14 at PentecostalPublishing.com.

If readers have questions, can they contact you and if so, how?

If I can help anyone in anyway, I am honored to be of assistance. I can be reached by email at PastorGary@RefugeChurchOnline.com. However, I will say that if you feel a call from God, the first person you need to speak with (outside of God) is your pastor. If you are married, you also need to make sure your spouse is on board with pursuing a life of ministry. If you have not spoken to your pastor yet, then please do not reach out to me until you have done so.