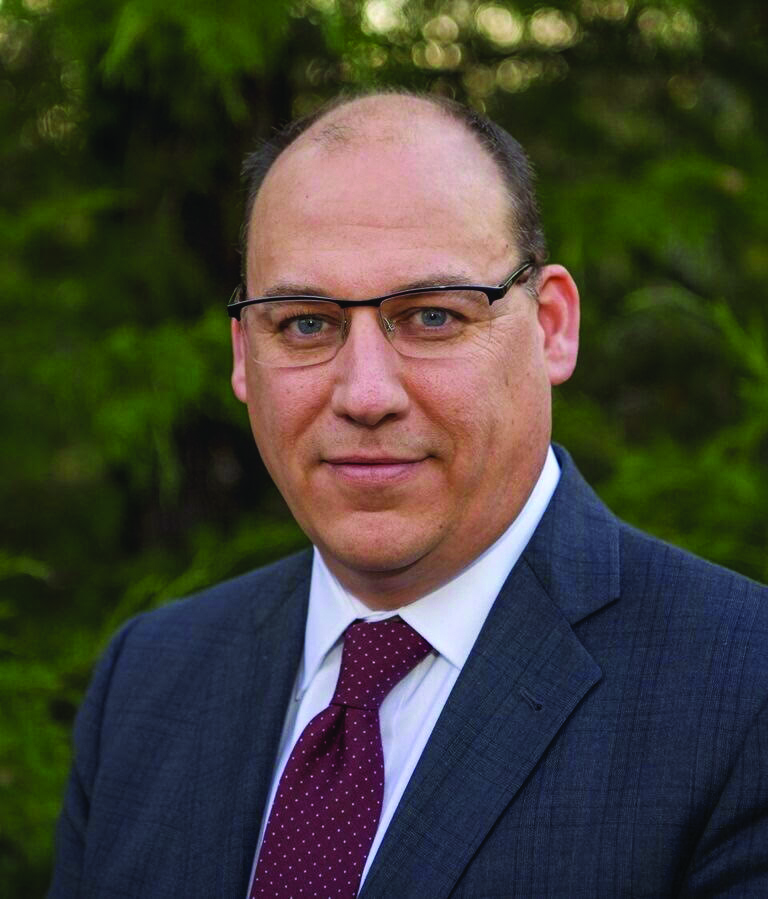 Bro. Sistrunk, tell us a little about yourself and your ministry.

I’m from Mississippi. I graduated from Jackson College of Ministry and got married in 1987. In 1988, I moved to the Detroit, MI area, and was there roughly until I moved to St. Louis in 2018. From 1991-1992, I was a furlough replacement for Wilma Ruth Nix in Bophuthatswana, South Africa. I thought that was the beginning of my Global Missions career. While in Bophuthatswana, the Lord let me know that I was called to missions but in North America. So, we came home after approximately a year. In 1994, we started our first church in Ann Arbor, Michigan. Most of my ministry has consisted of church planting. I did that until I was elected and came to headquarters in 2017. My term started in Jan 2018.

What makes metro cities so challenging to reach?

It’s harder to reach 100,000 than it is to reach 1000 and it takes more money for a church to be planted in a metro area. For example, Beattyville, KY, population of 1132, is 316% less expensive to live in than Manhattan. The most prevalent church planting model over the last 50 years is a self-supported bi-vocational pastor with token help from the UPCI. The maximum from Christmas for Christ is $2000 a month. So, a man has to have a job that supports his family and bear the expenses of starting a new church. This is nearly impossible in an expensive major metropolitan area.

For example, I started a church in a town of 2000. Within the first two weeks, I met the city manager, the head of the city newspaper, and the five other pastors in town. I never got to meet any of those people when I lived in Detroit.

There are also demographic challenges. Jackson Heights, New York is a neighborhood of 300 acres with a population of 108,152. There are 167 different languages spoken there every day. In metro areas, there are large immigrant populations which include language and cultural barriers. A large portion of our churches are in rural or suburban areas. We need laborers who can reach the diverse cultures in our major cities. It takes a long time to build trust and make connections. It’s akin to Global Missions in that a missionary has to find a way into the culture.

That’s why North American Missions has the Metro Missions Program, what ‘Cities Worth Saving’ is about. Once you’ve established a church in those areas, it becomes self-sustaining because you’re winning the people that are working the jobs there. It’s able to grow and create a place in the community and start other churches.

Why do we have so few churches in the major metropolitan areas?

We are very much behind in metro evangelism. The Apostolic movement started in LA and Houston, but by 1945, the churches that formed were largely rural churches. Somewhere along the way, our methods did not adapt to reach our changing cities.  Our primary methods were suited to start churches in small towns.

Do we have workers willing to do the hard work necessary to launch churches in these areas?

The Metro Missions program has made a huge difference. For example, we had no UPCI churches inside the beltway until Jerry Staten went to Washington, DC. He established a church there and 26 small groups across the city. In Chicago, Rick Gonzalez has a church and four daughter works in the Chicago area. Jack Yonts founded a church in Chicago and today they have several daughter works. Ryan Crosley has 16 daughter works in the Fort Lauderdale area. In LA, David McGovern started one church and now has another.

In working with those willing to go, what sacrifices, and challenges are they going to face?

Economics aside, I don’t think that the sacrifices of planting a church in a metropolitan area are really any different from what one might make in a rural area. Sacrifice is part of what’s necessary to build you as a Christian and to build the Kingdom of God. Challenges are what I would call them rather than sacrifices. Jesus said, ‘Take up your cross and follow me.’ No matter what you decide to do, a cross is coming and it makes us better.

I think one of the great mysteries is why we approach missions in North America differently from how we approach it globally. David Bosch called it the ‘Myth of Salt Water’ as if something changes about missions when you cross saltwater.

What success have we had thus far?

We are planting churches in the suburbs and in our major metro areas. Our Cities Worth Saving offering has been going to support those missionaries. At the end of this fiscal year (June 30), we will have sent five metro missionaries to the field.

If someone wanted more information, how would they contact you?

Email me ssistrunk@upci.org or go to www.metromissions.faith to find out more about the Metro program and get an application to be a Metro Missionary.