News You can Use – Foreign Missions Spotlight

News You can Use – Foreign Missions Spotlight 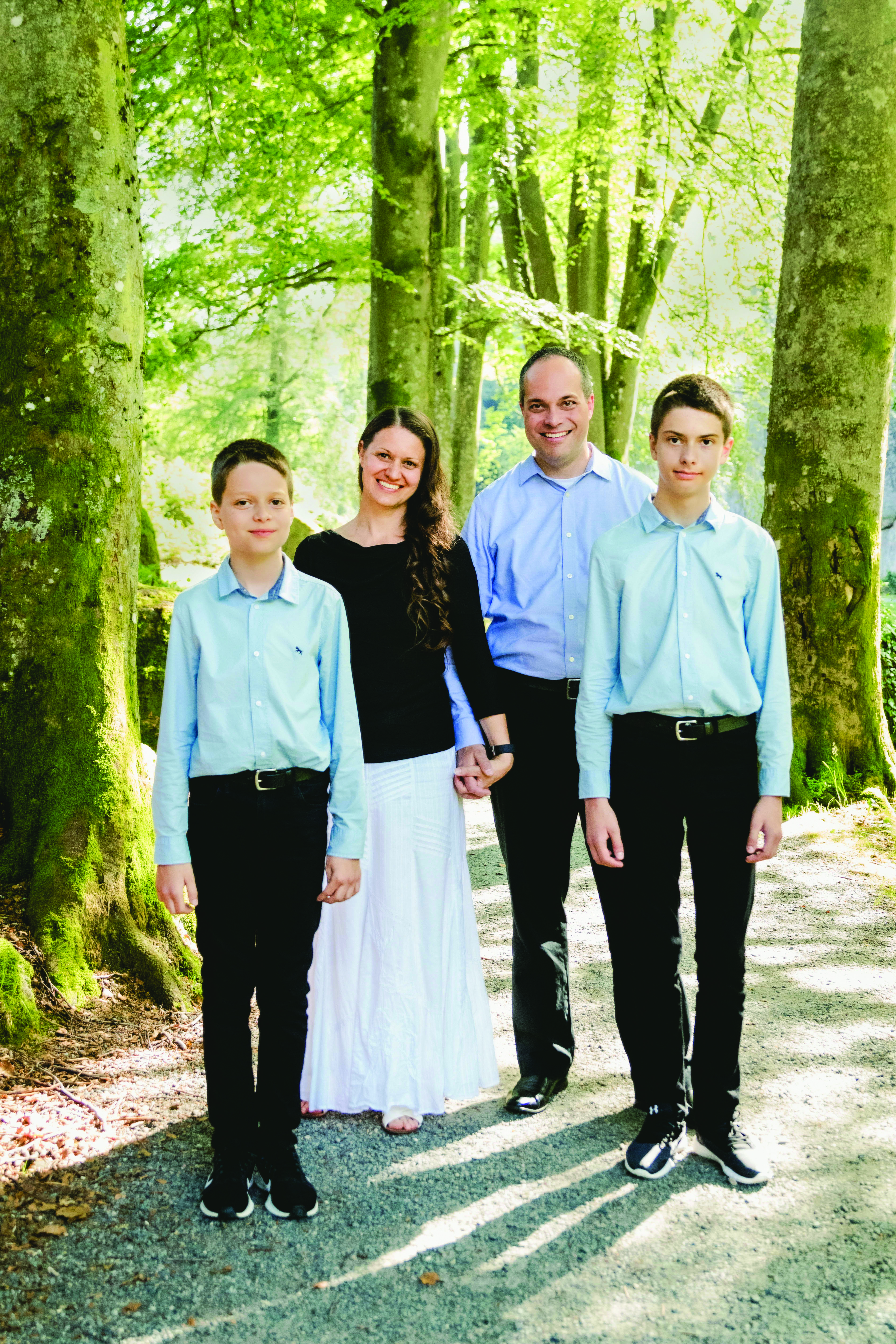 Nathanael Turner is a 2001 graduate of Indiana Bible College (IBC).  He also holds a B.A. Degree from Indiana University. During a summer break from IBC, he traveled to Europe to visit his missionary parents, and went with them to attend a regional conference in the Netherlands.  He met his Norwegian-born wife, Ingunn, during that conference. He and Ingunn were married in Norway in 2004.  They served as Associates in Missions (AIM) missionaries in Lithuania before their appointment as missionaries to Estonia in 2007.  They have two sons, Christopher, who will be 15 in May, and Michael, who will be 13 in June, both of whom are involved in the Tallinn church.

“I was first recruited to serve on AIM in Estonia by Missionary Mark Shutes in the summer of 2002,” Bro. Turner said. He previously served on AIM in Russia and Norway.

Bro.Turner grew up as an MK in South Korea and Russia. He interrupted his studies at I.U. in Bloomington to attend Indiana Bible College for three semesters and AIM’ed in Norway his final semester.

Bro. Turner strongly believes attending IBC helped to prepare him for the foreign field. He knew he was called to preach but had not had much experience before transferring to IBC. While taking O. C. Marler’s Preaching I and II class, when it was his turn to preach to his classmates, Bro. Turner’s throat “closed up from nervousness and [he] could hardly force the words out.” He credits his Bloomington pastor, Tracy Noel, and the youth group there, along with IBC, for helping him overcome a lot of shyness. Because of the classes he took at IBC, he continued his education at Urshan Graduate School of Theology where he earned his master’s degree. He is extremely grateful for “IBC classmates and instructors who have enriched my life and helped me in the work that the Lord has called me to.”

While acknowledging that nobody is ever truly qualified to face every challenge that being a missionary will bring, Bro. Turner points out some very critical qualifications to life on the field: “. . .doctrinal confidence, a love for people, a passion for the purpose of missions, experience in ministry, and a willingness and determination to stick it out and adapt to changing or adverse conditions.” However, he is quick to point out that missions work is ultimately a spiritual work that cannot be done in human strength, so one must lean on the Spirit of God.

Ministry in Estonia has its particular challenges, he said. A Gallup poll revealed Estonia is the least religious nation in the European Union, although it still has a strong spiritual influence of paganism. A 2003 survey, Bro. Turner said, showed that “only 18% of Estonians believed there is a God.” The culture has also been shaped by communism, so people are not “accustomed to praying aloud at the same time . . . or to demonstrative worship.” On the positive side, “The fact that practically no one is already a Christian means that there is less that has to be unlearned from false doctrine and traditions.”

The Miraculous in Estonia

While ministering in Estonia, the Turner family has witnessed the miraculous hand of God at work in the nation. Bro. Turner notes that “during these years, God has filled . . . all ages [with the Holy Ghost] in all kinds of places.” They have witnessed several miraculous healings, including one healed during baptism, and a woman they prayed for with a health problem that was supposed to keep her from having children. She later gave birth to a healthy child.

They saw God heal a man waiting for a heart transplant. “I asked him if he wanted us to pray for a new heart, or for God to heal the heart that he had. I’ll never forget it. He looked up at me with faith in his eyes and said, ‘I want a new heart . . . but I don’t want a different one.’ We prayed with faith in Jesus’ name and felt the peace of God fill that room. His daughter later told us that the doctors had run some new tests and told him that his heart seemed young, and that he should go home and live his life.” During the pandemic, Bro. Turner is teaching the man and his wife an online Bible study.

Besides ministering weekly in Tallinn, they also provide leadership for a Russian-speaking church in Narva and a more recent group in Tartu with Estonians and international university students, where several have been baptized in Jesus’ name and filled with the Holy Ghost.