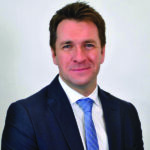 Jason Gallion: Church Today: The Danger of Corrupting the Word

In the Garden of Eden, Eve was tempted two times. Once, she added to the Word of God. She stated that she and her husband were commanded not to eat of the tree of the knowledge of good and evil, “neither shall ye touch it, lest ye die.” She then yielded to the serpent’s subtraction from the Word of God; “Yea, hath God said?” That may not seem significant, but it is. When one starts meddling with the Word of God, whether that be in addition or subtraction to it, something consequential has been done. One has disregarded the very sword that is going to give them the ability to overcome the temptation of the enemy.

Eve began to mess with the very thing that was her victory. She said, “I’ll add to this, and I’ll take away from this Word.” Truthfully, the Bible is the only weapon to come against the attack of the enemy. One may be able to guard and buffer against him with that armor and shield, but there is no way that one can conquer the vices of the enemy until they learn this Word. We as Apostolics must remember that we cannot take away from this Word, and we cannot add to it.

In the Word of God, there is power. There is strength. There is ability. There is guidance. There is anointing in the Word. It is not just pages and script. It has not just been casually translated and stitched together. I don’t believe there was any man’s opinion that clouded the will of God when He gave His inspired Word. If I am willing to dissect the Word and say it is inaccurate, that it is errant, that it is fallible, then I am displacing God’s power and His authority. I am saying that He does not have the ability to preserve His inspired Word.

If God cannot get it right with His Word, how can God get it right in my life? If I cannot stand on this Bible, then what do I have to stand upon? If I do not believe the doctrine of the Word of God – what the Word says about itself – then why am I pouring out so much of my life to live it and preach it? If I do not trust what it says, then I need to go do something else with my life. But I am not dismayed, because I believe that there are apostolic ministers around this movement that are standing upon this Word.

Apostolics have to be people who know His Word. It is the sword of the Spirit. Hebrews 4:12 declares that the Word of God is quick and powerful, dividing to the asunder of the soul and spirit, joints and marrow. I need to let it get into my consciousness and reshape my entire thinking.

I need the Word to fight the good fight of faith because I know that the enemy of my soul specializes in twisting it. But I cannot afford for it to be twisted or corrupted in my thinking and understanding of it, because the Word of God is ultimately the only thing that will destroy the yoke of bondage.

Bobby Killmon: Theology: Is the longer reading of Matthew 28:19 a trinitarian Insertion? Should the text read “in my name” instead of “in the name of the Father, and of the Son, and of the Holy Ghost”?

You could argue for the short reading from a Hebrew translation (Shem Tob), but it cannot be used because of several issues. It doesn’t have either the long or short version of Matt. 28:19. It simply reads, “Go and teach them to carry out all the things which I have commanded you forever.” Further, it was created in the medieval period (late 1300s), which is far too late to see what was original.

Even Bart Ehrman (a liberal, agnostic textual critic) notes that Eusebius’ shorter version is the only text evidence for a shorter reading. He points out Eusebius commonly abbreviates other verses as a standard practice (see Phil. 2:9). He also summarized instead of directly quoting. So even the greatest liberal critics admit Eusebius is doing this same thing in Matt. 28:19.

The Early Church Fathers: Lastly, we not only have the Bible in Greek and a myriad of other languages; we also have quotations of preachers and teachers in church history. Every single sermon or writing on Matt. 28:19 always has the longer phrase, not the shorter. These can be found in Didache 7:1; Tertullian On Baptism, paragraph 13; Tertullian Against Praxeas, chapter 2; Gregory Thaumaturgus (205-265 AD) in A Sectional Confession of Faith, XIII; Hippolytus (170-236 AD says in Fragments: Part II.– Dogmatical and Historical.– Against the Heresy of One Noetus; Cyprian (200-258 AD) in The Seventh Council of Carthage Under Cyprian; and many others.

In the writings prior to the Council of Nicea (325 AD), where people claim the longer ending was inserted, there are 24 quotations of Matt. 28:19, all using the longer formula. There is not a single quote in any of them with the short version. Next month, I will wrap up with an inclusion of explaining why Matt. 28:19 is in Scripture and what it reveals. We do not need to stretch the facts to the point of breaking or sacrificing our Bible’s preservation, to defend any part of truth.

T.W. Massengale: Church Growth: What is the most effective evangelism method that a small church can use to obtain maximum growth on a limited budget? Do you have to spend thousands on advertising to grow?

The most effective way to reach your community is not by spending thousands on advertising. Advertising will increase your name recognition and community awareness profile, but real growth comes only from reaching your church’s oikos (family, friends, and acquaintances) with the gospel. In most churches, 90% of all visitors attend because of the invitation of a church member.

There are two important statistics to keep in mind. First, research shows that over 90% of all who receive the Holy Ghost do so within a church service of some kind. Secondly, almost 93% of those who have received the Spirit have done so after attending church three or more times. The bottom line is this: to grow, you must increase the number of oikos visitors that attend your church, and secondly, they must come more than once.

There is no single evangelism method that effectively accomplishes both requirements. What has proven effective in bringing oikos visitors are events such as revivals, special services, church socials, attendance promotions, and similar activities. What has proven most effective in encouraging those visitors to return is a full-featured visitor follow-up ministry. In my opinion, a good follow-up program is the most important evangelism ministry a church can have because if your visitors don’t return, very few will ever receive the Holy Ghost.

Allow me to conclude by saying that no organized program can substitute for power-packed, Spirit-filled services. Such services will not only attract visitors but will keep them coming back until God can convict their hearts.

Identity and Scripture: Keeping Ourselves In Alignment – Part 2