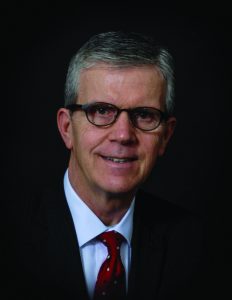 His stepfather locked onto Kenny’s wrist, shook him like a dust mop, and went into a frenzy, swinging the belt over and over again at the child’s bare legs and backside. Then, Junior dragged the broken, sobbing five-year-old into a corner of the room. But, this time, as his body convulsed in pain with every heartbeat, the pain in Kenny’s heart was different. He had run into his mother’s arms for safety, but she had betrayed him, handing him over to his fierce abuser that despised him.

Author Kenny Noble’s childhood was filled with horrific physical and verbal abuse that no child should ever have to endure. One can fully understand why it took him 10 years to write his extremely emotional book, Cinderella Boy, even though he has a Master’s degree in English. Through encouragement, he was able to press on and share his testimony, remembering God’s words in Jeremiah 1:5, “Before I formed thee in the belly, I knew thee….”

“My hope is that Cinderella Boy will minister to others who have had similar dysfunctional childhoods,” explained Bro. Noble. “The book seems to be a ministering agent for older Christians who are struggling with their past and trying to make sense of their life.” 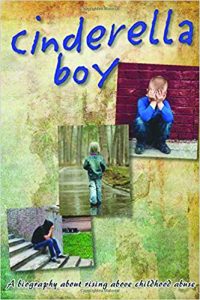 Bro. Noble was placed in five different foster homes, some of them twice and most for less than a year. His clothes were sent in a box with him. There was no reference point of Christianity. He was arrested three times, once as a runaway, once for curfew and once for disorderly conduct and spent time twice in the Indiana Boys School Reformatory. It was the sixties, long before foster home programs like today’s were put in place, so it was up to the probation/parole officer to do the placement.

He recalled the day on the streets when he, then 15, began to pray for God’s help and guidance. Two Pentecostal girls on a sidewalk confronted him and asked him if he knew Jesus. He said, “I responded with the words, ‘I don’t know if I do or not.’” That resulted in a Bible study at their home and him receiving the Holy Ghost. He was then placed in an Apostolic foster home, and slowly began to grow in the Lord.

Bro. Noble teaches junior and senior students, emphasizing basic life lessons: 1) Don’t let mistakes become memorials, because it’s part of the learning process. Get up, look up, and keep trying. 2) It isn’t chance, circumstances or time but yourself that keeps things from you. At the end of life, it will be the things we did not do that we’ll regret, not the ones we tried and failed at. 3) No one accomplishes anything without first dreaming it. We have to see our dreams in our mind’s eye, before it can ever come to pass.

“My ministry has always been second man,” said Bro. Noble. “As the assistant principal of a Christian school, my ministry is to support the school leadership and problem solve. Many days, I have students in my office who are suffering from problems I recognize from my own youth. Each child is like a book, and I am privileged to write a few lines in their life for them to remember.”

Bro. Noble has received very positive responses to his book. He may be contacted at kennynoble@hotmail.com. Cinderella Boy is available on Amazon for $15.