At the root of this crisis is a sin problem. Racism is a sin. All of it.

George Floyd, Breonna Taylor, Atatiana Jefferson, and Captain David Dorn’s deaths were tragic injustices. We should stand together and shine a light on injustice in our world.

Peaceful protests, prayer rallies, unity gatherings of Apostolics are a part of the hope and healing we can offer our nation at this time. We can and should be intentional and active in these efforts. God will use them as He chooses to elevate our voice above all the other noise, especially in our local contexts.

There is much we can do in each arena of our lives. In our homes, dialogue with our own families and invite a family from a different ethnic background over to dialogue about these important matters in a way that fully recognizes each person’s human experience, and establishes the Word of God as the basis of our worldview. Let’s dialogue on that macro-level to help us reach a unified Christian worldview and to speak as one voice externally. Then as leaders of churches, with influence in a state, an organization and even the nation, we can work to model Christ-like, grace filled dialogue. We can actively participate and promote in the creation, implementation, and improvement of diversity and sensitivity training in any of these areas we have influence.

The church must be a laboratory of the love of God, where we make space and grace to practice it. 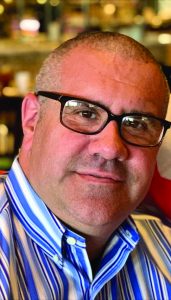 No matter how you look at it, it’s murder. He was already handcuffed and subdued.

There is a divide between the different ethnicities in our culture and I believe the recent events have brought them to the surface.

The only hope humanity has to heal our divides outside the home, rests in the four walls of the local church.  It cannot truly be fixed systemically or legislatively.

Everybody says they want to be a multicultural church, but many of them don’t really mean it.  A lot of churches say there isn’t going to be a difference between us when we get to Heaven, but their churches do not reflect that.  God told me that if I wanted the pews to be multi-cultural, the pulpit would have to be multicultural first. 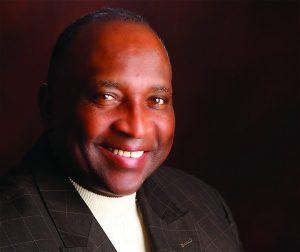 The death of George Floyd was just plain, cold-blooded, obscene, repulsive murder by someone hiding behind the power of law. It angers me, though, that people loot and burn and try to justify it talking about oppression.

Racism shouldn’t be tolerated from any group of people.  All of us need to take a firm stand against it.  This has to be done one relationship at a time, not in group settings.

There are a lot of nice men around, but they are basically silent when they’ve seen things done wrong because they are afraid of repercussions.  There are those who say they’re not racist, but the question is are they so anti-racism that they will not tolerate it.  You can’t be anti-racism and then listen to racial jokes and listen to your friends use racial slurs. 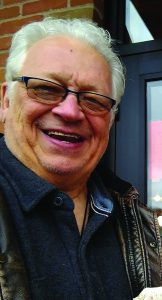 The death of George Floyd is a tragedy.

I was a chaplain with the St. Paul Police for four years. It’s my understanding that once a person is handcuffed, the need for restraint is no longer necessary.  I have questions.

I’m real disappointed with the official first autopsy doing a flipflop as soon as they heard the second autopsy report.   That hinders me from trusting my own government so I can certainly understand the protests, but the hundreds of stores that were robbed and looted and burned down is totally beyond being necessary to get your point across.

We are in a political civil war. The wedge has been driven further and further—and it’s crazy.  Trust has to be restored.

There were previous incidents when black people were killed by a cop and there were peaceful protests in Minneapolis.  When a black cop shot a white woman, they arrested him and found him guilty. Now you have George Floyd killed by a white cop and they said enough is enough.  Looting, a precinct burnt down to nothing, destroying property and they didn’t care.  Now we don’t agree with that of course, but we understand why it happened: the dam broke.  It’s a wonder the whole city did not burn down.

The peaceful protests did good absolutely.  Many white people joined in the march. Minneapolis became the epicenter of the world for social justice.  There were peaceful protests in London, Germany and Kenya.  It was not only a protest against police brutality, but against racism.

There’s a great divide between blacks and whites in the church as well as in the world.

We need to come together and have a conversation.  We don’t need to be hostile or angry but we need to be matter of fact about how blacks are feeling in this country.

Our forefathers shed their blood for 401 years and gave their lives that we can have some decency in our country, but it has been completely overlooked.

There’s a fear now of running in a white neighborhood, a fear of being shot by a cop and a fear when we are walking in a group.  That knee on Mr. Floyd’s neck showed us just how ugly racism is in America. 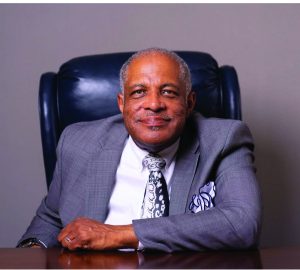 There can be no justification to the behavior of the policeman whose lapse in judgement and vicious actions took the life of George Floyd.  Savagery.  There are no kind word to describe it.

What followed was savage as well and neither is it justified.  Protests are fine, because hopefully they are followed by good dialogue, but looting, burning stores and vandalizing is not only criminal, it is sinful.

I’m especially troubled by the silence of the clergy on both ends.  In some cases, either we said nothing or we were not loud enough or—we chose which wrong we wanted to address.

Be it known that neither racists (black or white) or the thief, looter, or  vandalizer will inherit the Kingdom of God, according to scripture. They work the works of the flesh: hatred, variance, emulations and, strife.