In His Presence | Rev. Jonathan Cupoli

In His Presence | Rev. Jonathan Cupoli 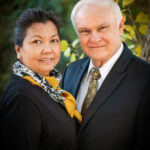 “The most important key to having a growing church is the presence of God in every service,” said Pastor Jonathan L. Cupoli, pastor of the Pentecostal City Church in El Monte, CA. He has two sons and a daughter by his first wife Bernadine; Nathan (40), wife Brenda, Scott (47), wife Adina, and Kristi, (45), husband Eric Batman. Bernadine, who was very active in the district, passed away of cancer in 2015, and he is now married to Carmelita. Nathan serves as his full-time Assistant Pastor.

Bro. Cupoli served in the District Youth Department for eleven years, as the Sunday School Secretary for four years, Presbyter in the SoCal District for nine years until recently, and served as District Camp Meeting Coordinator for five years. He now serves on the Finance Committee and has taught at the Southern California District Bible School, CSTI.

The Presence of God is Necessary

Pastor Cupoli believes the first principle of growth is having the presence of God in every service at Pentecostal City Church. The church also gives away to the departments of the UPCI. Every six months, they have a twenty-one-day fast, and prayer is held at the church every day.

Bro. Cupoli believes a pastor’s priorities should be meeting with and training staff and leaders, empowering people to serve. The growth methods that seem to have worked best for them have been Sunday school, a Christian school, online streaming, and home Bible studies.

His leaders have job descriptions, and Pastor Cupoli meets with his department and ministry leaders weekly where they hand in monthly reports. They do event planning, scheduling, and evaluating the productivity of those events. His training for his leaders includes district seminars for music and leadership and book-reading assignments for the leaders. They have an annual training retreat and guest speakers on leadership. And they do travel offsite at times for retreats.

About 40% of the members are involved in some form of ministry, and about 50% are involved in evangelism. Pastor promotes and encourages involvement and sees that new converts are plugged in right away. The church has a three-step program to help them progress and be involved in knowing what to do.

COVID Has No Power Over God

“There have been many miracles,” said Bro. Cupoli. “Carmelita got COVID in 2021. Thousands of people all over the world were praying for her. She was in the hospital for seventy days, on a ventilator for forty days, and during the coma, they lost all brain waves and said they didn’t know if she would wake up. She’s recovered almost 100%. She’s a praise singer and has given her testimony on several Zoom calls to the Philippines, as well as at our district events.”

“We’re big on submission to authority,” said Pastor Cupoli regarding his principles of ministry. “Never run red lights, never stop at green lights, do whatever it takes, and live by Bible principles which never change.”

He enjoys preaching on faith and faithfulness, and his favorite teaching is hermeneutics. 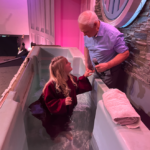 The church property, consisting of an acre, has 27,500 sq. ft. of buildings and sits on the I-10 freeway, eight miles east of downtown Los Angeles. The auditorium seats four hundred but could seat up to eight hundred. The property includes a Sunday school/Christian school building with three floors, fifteen classrooms, and six restrooms. They have an office building, a fellowship hall that seats two hundred fifty, a commercial kitchen and playground, a shop with storage, and two residences on the property.

“The church was a Nazarene church that came on the market for 1.4 million dollars,” explained Pastor Cupoli, “And their attendance was down to twenty-five. There were cash offers, but the pastor favored us because his parents were in Azusa Street, and he was familiar with Pentecost. He turned down all other offers and let us start into this property with $25,000 down and our other building, which only seated one hundred. This is our third building. We ended up paying a million dollars for the property, remodeled most of it, and paid it off in twenty years. The entire story is miracle after miracle.” They do have plans to remodel the office building and upgrade the lighting and sound system.

They had twenty conversions last year and sixteen in twenty-four days in January of 2022. The record attendance is 478. Attendance is now close to 150-175, as it was before COVID hit.

Pastor Cupoli related an interesting story about new converts. Three people came to be baptized in the name of Jesus. He asked, “How did you hear about us, and do you need a Bible study?” They answered, “We already know about it. There’s a preacher named Gabe that preaches on Acts 2:38 on the streets in San Francisco, and he sent us to your church.” San Francisco is 400 miles from the church. Three weeks later, three ladies showed up and asked to be baptized. They said they didn’t need a Bible study, that they already knew. They said, “We’re Catholic, and the Lord has already revealed it to us. There is a preacher named Gabe that preaches online in San Francisco.” Pastor Cupoli doesn’t know his last name but has heard about him for years.

The church experienced an unusual financial blessing out of a problem. During a season of giving, the church had a fire in the furnace. The fire itself was no big deal, but in putting out the fire, the fire department flooded his office on the floor below. He cleaned it up with a wet vac but just happened to mention to the insurance company on the phone the next day that there had been a fire in the furnace. The next day, there were around thirty guys all over the property working on the fire damage, and the church received a check from the insurance company for $40,000. 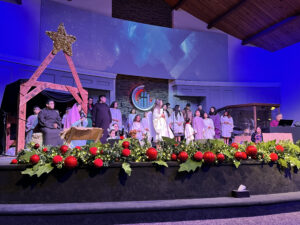 Pastor Cupoli was raised in the church, his young years beginning in Columbus, Ohio under Bro. Witherspoon and Pastor Chambers. From ages six to eighteen, he attended Calvary Tabernacle in Indianapolis under the pastorship of Rev. N.A. Urshan. He received the Holy Ghost at age eight. He said, “I was close friends with Nathaniel Paul, spent many weekends at the Urshan’s home, and went on visitation with Pastor Urshan.” He felt the call into the ministry during children’s church at five years old. He attended Calvery Christian School in Indianapolis, New Palestine High School, and Apostolic Bible Institute, graduating in 1971.

The men who influenced his ministry the most were Rev. David F. Gray, Rev. N.A. Urshan, Rev. S.G. Norris and Rev. Bernard Elms. He first began his ministry at age 20 and assisted Bro. Elms for 5 ½ years in Home Missions before becoming a pastor. He preached his first sermon at a rest home in Los Angeles.

In 2008, Bro. Cupoli was trying to bless the kingdom of God by trading in the 4X market. It was very time-consuming and stressful. God spoke to him and said, “I can do better than 4X,” so he realized God was not pleased with that. He said God gave him two principles that he could be blessed by; 1) His good friend, Pastor Art Hodges, III said that pastors’ tithing should be paid up-line away from his church. 2) God said, “Make your church goal to give more every year in every department of the UPCI.”

After listening to this advice, Pastor Cupoli began and continues giving his tithing to Bro. Bernard Elms and Bro. Daniel Scott (a missionary) in 2009. Thirty days after that tithing decision, he purchased a home, listed for 1.8 million dollars, for $599,000. It’s now worth 2 million dollars, and they call it a miracle house as well. 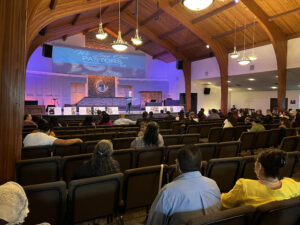 Bro. Goodwin went to Germany as a missionary and Bro. Cupoli began pastoring the church in January of 1977. He preached there as a guest when there were only two families and had made the statement; “I would never pastor a church like this!” There were only two families and a lady when he took the church. At that time, that building seated about 100 and was in a bad area of town. He taught eight Bible Studies each week, and within seven months he and his wife quit their jobs, and the church was running around ninety. The church has relocated twice, so Pentecostal City Church is their third building. 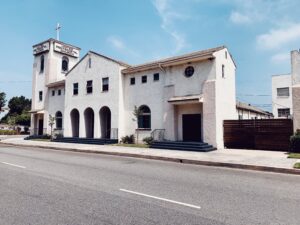 Pastor’s favorite leisure time is carpentry and remodeling. His favorite family time activity is taking his kids four-wheeling in the desert and off-roading.

The one thing people might be surprised to learn about him is that he went through high school and Bible college without ever speaking publicly. Interestingly, Bro. Norris and Bro. Urshan signed his General License, and he had never preached a message.

Pastor Cupoli’s favorite preacher is Rev. Wayne Huntley. He enjoys books by many different authors, including Rev. Ken Gurley, Rev. J.H. Osborne, and others. His collections include preaching messages, Bibles, and guns.