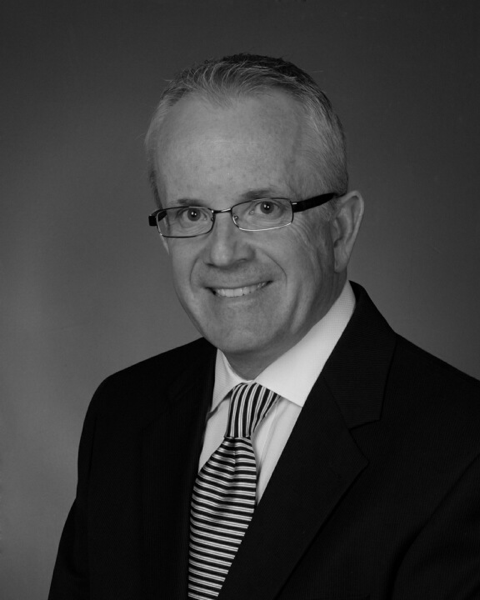 Christ, Corona, And the Cross

Is it just me, or is anyone else suffering from mask fatigue? The dreaded mask has become the symbol of the last twelve months, including Covid-19, sickness, death, loss of loved ones, loss of freedoms, overreach of government, social upheaval, and uncertainty. Is the mask stopping the spread? I truly don’t know. Once they were mandated, positive tests spiked. Some haven’t worn a mask yet and seem to be doing well. We were all wearing masks at TLC, practicing social distancing, sitting in designated seats, cleaning and sanitizing everything, and we still had forty-three cases of Covid-19 symptoms reported within a few days of each other.

Perhaps this is the first time in history when we have quarantined the healthy? Public officials mandating masks at all levels and around the country have been spotted in public not wearing a mask. We have cooperated with our mayor who asked for the mask, and will do so until he says otherwise. But I can’t tell you how many times I have jumped out of my car, walked up to the door of a public building, and suddenly realized I forgot my mask. Back to my car I trudge to retrieve it. I have been scheming how I might destroy all my masks when they are no longer needed. I would like to obliterate them with as much force as possible.

As pastor, my goal today is to define reality and then do my best to equip so as to enable us to traffic in the reality of where we are in this world, in this culture, and in this pandemic. Covid-19 has impacted the entire world, and the world has changed, perhaps forever. People we know and love have died from it’s effects. Our society has been turned upside down in the aftermath of this breakout. Medical procedures have been altered, insurance companies are adjusting their policies & premiums. The travel industry has changed, perhaps forever. Some cities, states, and nations require negative tests before reentry, and there is talk of virus visas.

How we do education has changed. Social anxiety is on the rise, mental health professionals will be busier than ever, all kinds of disorders and new conditions will be diagnosed because of Covid-19. Entertainment venues are closed, athletic games in the pros and college are played before empty stadiums. Some businesses and entire franchises have been permanently shut-down. Barna Research reports that: One-third of practicing Christians have stopped going to church, fifty percent of Millennials have stopped watching their church online, and pastor’s mental health is at an all-time low.

Here’s what’s interesting: Gallup Poll released a study conducted the week of November 15-19, 2020. A question was asked of 1100 adults about their overall mental health. Despite being a secular poll, results showed that those with the best attitude had been attending weekly worship services. Perhaps this is the first time in church history when a congregation is doing better than their pastor?

We all have questions: Will we shake hands again? Will all social restrictions ever be removed?

Will the powers that be use the pandemic to oppress Christianity, restrict religious freedoms, and overreach into our personal lives even further than what has already been done? Will students get back to their classrooms permanently? Will vaccinations be required? Will the entire church ever regather?

On November 8, 2020, an unusual object entered the earth’s orbit and came within 31,000 miles of the Earth’s surface. It is believed to be part of a Centaur rocket booster from the Surveyor 2 spacecraft. The rocket booster in question was launched in 1966 but never completed its journey. It crash-landed on the moon’s surface September of that year. The Centaur booster however sailed passed the moon and disappeared into an unknown orbit about the Sun. It will orbit Earth’s atmosphere temporarily but will soon escape again.

What’s the point? On March 15, 2020, the Church had its own crash called Covid-19. Our campus closed and I preached to empty seats for eight weeks. Nine months later we are barely back to 75% of our former attendance. There are good people we have not seen since. We were hoping they had a relationship with God and not an address. We don’t know where they are, but we know they are out there somewhere, perhaps caught up in another orbit? We pray for your sake you would find your way back into the orbit of the Body of Christ.

There is only one family on the entire Earth who survived the first worldwide pandemic Scripture calls the flood. How did they do it? They stayed together, worked together, suffered ridicule together, and obeyed God together under their spiritual covering. It was a good time to be in Noah’s family. It was a good day to be Noah’s wife, his son and his daughter-in-law. Why? Because out of all people on the Earth, only Noah found grace in the eyes of the Lord.

A Call to Lament

Will we ever know why Covid-19 came? Will we ever know God’s purpose for allowing it? Will it ever make sense to us in view of all that we have lost? Let me juxtapose the pandemic with Job’s suffering for a moment: Did Job’s pain ever make sense to him? Job asked God 181 questions, and then God asked Job 184 questions. Did he ever get a satisfying answer? Are we ever satisfied with the Job saga? I know that God turned his captivity when he prayed for his friends, but was this a lesson Job needed to learn? He ultimately enjoyed more children and prosperity and years of health, but what was his pandemic all about? Did Job die without an explanation?

When we are caught up in awful circumstances, apparent gross injustices, terrible pandemics or plagues, or when we are accused of wicked things of which we are innocent, or suffer strange sicknesses or strange attacks for no apparent reason… when life doesn’t make sense, and our pain appears to have no purpose, what should be our response? Like Job, we are simply called to lament. In times like these we are called to complain and state our case before God, (Shall not the judge of all the earth do right? Genesis 18:25)… and then leave it with Him.

Does the Book of Job in some context provide a glimpse of God’s envisaging of Himself in flesh? Can we see Him dwelling among us, and the epic battle going on behind the scenes with Satan, being falsely accused, and everything taken from Him, and being stripped, whipped and mocked? Can we see Him forsaken by his own family, friends, and followers, and ultimately utter His forsaken cry: “My God, My God, why have you forsaken me?”

I don’t pretend to know what God is up to in our present distress, but I do know that we as His children have been called to pray, lament, and trust Him. We have been called to cry out about our losses, our frustrations, and our pain. I lament for what I’ve lost as a pastor, and I lament for a troubled world my grandchildren are being raised in, and I wonder what upheaval awaits their generation? I weep for my city and God’s saints that I serve. I don’t understand Him, but I trust Him!

One day when Jesus was asked for a sign from heaven He saw this request as an expression of unbelief. They wanted everything to be obvious and explained. His response was that they had already seen the only sign they were going to get, and they didn’t see that. Jonah’s life prophetically spoke to the death, burial and resurrection of Jesus Christ. This is the only sign the world will ever see, and Jesus’ three days and nights in the grave followed by His Resurrection is the only sign they will ever need.

In the parable of the vineyard owner (Mark 12) he sent personal messengers to his workers. They murdered every messenger he sent. As a last resort, he sent his own son (thinking he surely would be received), but they killed him too. And now, no more messengers were coming. Jesus Christ has done it all! God doesn’t have any more sons to sacrifice, and no more lives to lay down. Jesus Christ is the only One we are going to get, and He is the once-and-for-summons we will ever receive.

The Bible insists that we place Jesus at the center of our picture of the end times. The moment we take our eyes off Him, and start looking at the world around us, and jumping to conclusions about God and what He might be up to, we may be in danger of forcing an alternative interpretation that may look spiritual and awe inspiring, but tragically paints Jesus out of the picture. We shouldn’t need earthquakes, and tsunamis, and hurricanes, and pandemics to turn from idolatry, and injustice and wickedness.

The Power of the Cross

The cross of Christ is all we need to be saved, to be inspired to serve Him, and to be ready for His soon coming. The cross is where all the insanity and injustices of this broken world have been piled up and dealt with. The Resurrection of Jesus Christ is the sign to the world that God is up to something new, life-changing, and eternal.

And you, being dead in your trespasses and the uncircumcision of your flesh, He has made alive together with Him, having forgiven you all trespasses, having wiped out the handwriting of requirements that was against us, which was contrary to us. And He has taken it out of the way, having nailed it to the cross. Having disarmed principalities and powers, He made a public spectacle of them, triumphing over them in it. (Colossians 2:13-15 NKJV)

Stan Gleason is the Senior Pastor at the Life Church of Kansas City, Missouri. He also serves as the Assistant General Superintendent of the UPCI, West Coast.