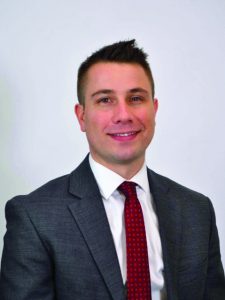 After mass shootings, media outlets often describe the perpetrators as white and male. While they are almost exclusively male, the root problem is not masculinity. Dr. Warren Farrell, author of the The Boy Crisis, says the common factor among 26 of the last 27 mass shooters (who killed 8 or more people) was dad deprivation.

Dr. Farrell identifies 60 different areas in which children without fathers underperform compared to children with father involvement. He also notes that while 90% of prisoners are male, 93% of all prisoners are from fatherless homes. In the words of Dr. Farrell, “Boys who hurt, hurt us.”

In 1965, The Moynihan Report surveyed African American communities in the U.S. and found 26% of African American families were fatherless, up from 17% in 1950. These numbers shocked the nation and strengthened a case for national action. Today, according to the 2017 U.S. Census Bureau, 27% of all U.S. children grow up without fathers at home. Unlike 1965, we see no alarm and case for national action. In fact, the redefinition of the family is considered by some to be progress.

It is in fashion to say that the family is merely a social construction. As long as the parents are happy, non-traditional arrangements should be accepted. However, honest sociological research continues to affirm God’s designation of the family as the first, best building block for society. Sociologists McLanahan and Sandefur said in Growing Up with a Single Parent, “If we were asked to design a system that would ensure that children’s basic needs were met, we would probably come up with something quite similar to the two-parent family ideal.” Research by Mark Regnerus, Professor of Sociology at the University of Austin Texas, has found significant differences in 40 out of 50 child outcomes when comparing intact, traditional families against non-traditional and broken families. God’s design for family is not arbitrary.

The church cannot replace the family as God’s primary institution for raising the next generation (Deuteronomy 6:7). Yet, the church and the new birth can provide much of what absent fathers don’t; discipline, delayed gratification, boundary enforcement, and an awareness of purpose. The church has the solution to constructively channel God-given masculine energy. If boys who hurt, hurt us, then godly men will bless us.

Sociologists McLanahan and Sandefur said in Growing Up with a Single Parent, “If we were asked to design a system that would ensure that children’s basic needs were met, we would probably come up with something quite similar to the two-parent family ideal.”

Kevin Burzynski II and his wife work at Indiana Bible College where he is currently the Director of Digital Marketing. They also serve the Young Adults of Calvary Tabernacle under Pastor Paul Mooney.