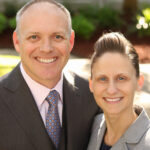 The Howling Message of Matthew 25

I want to leave you with a burden, a passion that represents the suffering of our Lord at Calvary. “Jesus, I pray that a spirit of evangelism and a passion to do your will would rest upon us.”

The Bible gives no slack to those who miss the mark of spiritual ambition. A talent was a symbol of wealth. In Matthew 25, the ruler gave to one servant five talents, to another two talents, and to another, one. The person with one talent revered the ruler, but still missed the target. He wanted to protect the interest of the ruler by burying the talent. He gave it back in excellent shape, yet that was unacceptable. Jesus called him a wicked and slothful and said, “…. take the talent from him….and cast ye the unprofitable servant into outer darkness; there shall be weeping and gnashing of teeth!”

Those words caused my heart to drop! We don’t address this because it’s a hard truth, but it bears record in heaven. To not reach others is to be cast out! People say, “I can’t wait to get to heaven to look upon his face.” Matthew 25 teaches us that you don’t want to be there if you don’t have somebody with you.

The Law Of The Harvest

We study the doctrines of the Word of God with great care, but we must study the law of the harvest with just as much intensity. I don’t want to be part of a church that just believes in evangelism. Beside each one of our names is a profit margin. I must show some kind of result when I show myself before the throne of an Everlasting God.

It’s necessary for a holy balance between maintaining our identity and producing a harvest. This commanding message of Apostolic implications is meant to echo out to the highways and byways. The Holy Spirit equips in here to move us to stir others beyond. We speak of our love for the gospel and weep about Jesus saving us. But we are silent and muffled by fear that somebody might deem us to be too fundamental. We must share the good news! The only thing worse than an empty vessel is a full vessel that is SEALED!

We’re called to find those that are thirsty. I love this revelation of God manifested in the flesh, heaven’s truest and most striking mystery, hidden from the prophets before but revealed to us. Yet, I’m burdened when those who soak in such an awakening remain purposefully unlearned as to how they can testify and tell others. This is the message of Jesus; God manifested in the flesh who now, by way of the Holy Ghost, is manifested in our flesh that we might show others of a better way. The cause of the church is illustrated plainly in one of the lasting cries of the Spirit in Revelation 22; “And the Spirit and the bride say, Come.” Notice the Spirit does not say “come” without the bride. And the bride never speaks more clearly than when it cries out in the Spirit to the world, saying “come.”

The End Is Upon Us

The earth is groaning with every sign, every raging fire, hurricane, earthquake, and tsunami. The shifting of a season is here. The drumming hooves of a global pandemic have swallowed humanity whole, and other variants await. John witnessed the dancing of a pale horse through the light of the golden candlesticks in Revelation. Thousands are primed to be saved. He’s drawing them from every direction to the divine call of salvation. Arise, church! His coming is at hand! I’m consumed by prayer and fasting and the Word. I don’t want to just go through the motions of being Pentecostal.

The Power Is Given To Witness

Jesus said, “…tarry in Jerusalem until you receive power.” We think power is what we experience on Sunday after a week of carnality, and speak in tongues after vanity was all around us, but Jesus connected the word “power” to witness! Many swoon over Apostolic authority but have never won a soul to the suffering of Christ. There is no Apostolic authority without the voice of a witness. Apostolic authority is forever joined to the voice of a witness. Real Apostolic authority is found in one of the most profound verses in scripture; Acts 2:47, “Praising God, and having favour with all the people. And the Lord added to the church daily such as should be saved.” This is the I AM that I AM of the New Testament. God told Moses, in a word, “I’ll be whatever you need me to be.” God wants to give us a daily outpouring.

Exercising authority without winning souls makes the church an enterprise of fanning dying coals with tired verbiage, a rising flicker, dying a few days later, having to be stimulated again and again. We must have a soul or everything we’re doing matters not.

A few weeks ago, a well-known doctor in our city jumped off a bridge and took his life. That night I received a call. Someone in our church knew someone in the office and had the courage to speak up, and I was asked to come to pray with them.

A Craving For Souls Makes The Difference

Jesus said, “You’re the salt of the earth.” Salt flavors. If you’re not flavoring others, they’re flavoring you, and you’re being trodden under! Pull your witness from under trodden feet and pray, “God, awaken my voice! Put power and effectiveness back into my witness!” Be a witness to those in your life, even if it impacts your relationship. You can tell when people are burdened or hurting or overwhelmed by anxiety.

In Acts, they took note of Peter and John, that they were unlettered, but that they had been with Jesus. I intend to get with Jesus until the craving for souls makes a difference in my speech and language. The towering subjects of heaven and hell are not empty witticisms of the teaching of Jesus. They are the end of all flesh. That’s the reason Jesus gave Calvary his body; the truth of heaven and hell suspended in the balance.

Snatching Souls From The Black Flames Of Hell

When I went to Lake Charles, I was consumed with soul-winning. I have between twelve and twenty in Bible study every week. I’ve taught and baptized many who were younger than I am when they died, snatching their souls from the black flames of hell, before clods of dirt fell upon them.

I’ve sat at tables with sinners who were illiterate to the depths of their depravity. I’ve taught many that simply vanished beneath the rocks and thorns. Frustrated, I’ve prayed, “Oh, God! How much seed have I sown, and yet, what little harvest I have. Can You help me?” He said, “Jeffrey, even now, cast your net into the shallow. But understand it won’t be long until I’m bringing a shift to cast my church into the deep! Don’t stop making soul-winners! You’re going to look up and there’s going to be five families, then six, etc.” It’s happening now in Lake Charles! If soul-winning becomes our passion and driving force of our heartbeat, we will soon say, “My God! Where did these people come from?”

Our building was at 80% capacity. We removed the back wall of our entryway and put four hundred seats there. Would you believe we’re at 80% capacity again? The Lord is doing it!

God is already moving our message around the globe, but can I prophesy to you? “Jesus is going to move this church with jaw-dropping speed to the highest peak of influence in this city.” He has gifted us in media areas involving expression. You’re going to have one, then thirty, then hundreds of people watching. Pray anointing upon your pastor to preach to the masses. Any way we can get this seed to another piece of earth, may God bless it, and may God do it.

Put Words To Your Message

Pastor Tom in the Philippines invited me to his home that was far more modest than I can describe. In the corner stood an old fifties-style refrigerator. It was unplugged so I pulled the missionary aside, offering to buy a refrigerator. He said, “When they have no food, they unplug the refrigerator to save electricity.” I was numb! Around the corner, in a small bedroom area, was a small table with a laptop. Pastor Tom explained that through a connection with a Filipino working in Japan, he was teaching a Bible study to a man in Japan, and others were joining. He was purchasing just enough internet to teach the study and then turn it off.  I thought, “Here’s a man who can stomach cobwebs in his refrigerator, but not in his evangelism.”

Thank God for abilities, offerings, paid-off churches, and beautiful facilities, but they’re just resources. And, our time is a resource.

As the timbers formed, those of the ancient world were eyewitnesses to the outward display of Noah’s conviction of the coming deluge. It doesn’t get bigger than an ark. Noah was a herald of righteousness, putting words to his message. Put words to your message. It’s the midnight cry!

Peter had locked eyes with Jesus and sworn he didn’t even know him, but the resurrected Christ finds him and brings him to the clarity of the calling. He wanted Peter’s voice that would now forever cry out, “He’s the one!”

“I’m going to use your voice at Pentecost, Peter. I’m sending it to the Gentiles. They’ll kill you, Peter, but I want it.”

In the allegory of the harvest, the master goes out at various hours of the day. In other words, the divine appeal never ceases. These hours are also found in the timing of a person’s life. Even as the autumn wind stirs in your personal world, your sight fades, and your strength trembles beneath the weight of years, may God give you strength to reach for one more.

John saw it. Its beauty and magnificence were indescribable, the glorious beams of the light of the Eternal One shooting down through every floor. But it won’t be heaven without my family, without a soul. I don’t want to hear him say, “Jeffrey, you’re an unprofitable servant.” I don’t want to love this message and bury it.

The magnificence of his glory to save will come from all corners of the earth in global salvation. The end-time harvest will leave us so thunderstruck that long-term disciples will drop to their knees in the scope of the beaming of the cross. I don’t just preach this message today. I live it. I’m consumed by it. This is my banner! We MUST be profitable!

Bro. Jeffrey Ralston, Pastor of First Pentecostal Church of Lake Charles, LA. and his wife, Shelly, have four children: Abigail, Nick, Luke, and Levi. His Spirit-filled parents taught by example a lifestyle of faith and sacrifice. He’s a gifted speaker in conferences around the world, but his heartbeat is Lake Charles and its surrounding areas. He holds a Batchelor of Science degree in Psychology and serves as chaplain for the Louisiana State Police (Troop D), and as a board member for Children & Youth Planning of Calcasieu Parish.