“What Does Go Look Like in the 21st Century?”

Reaching the world through The Acts Network 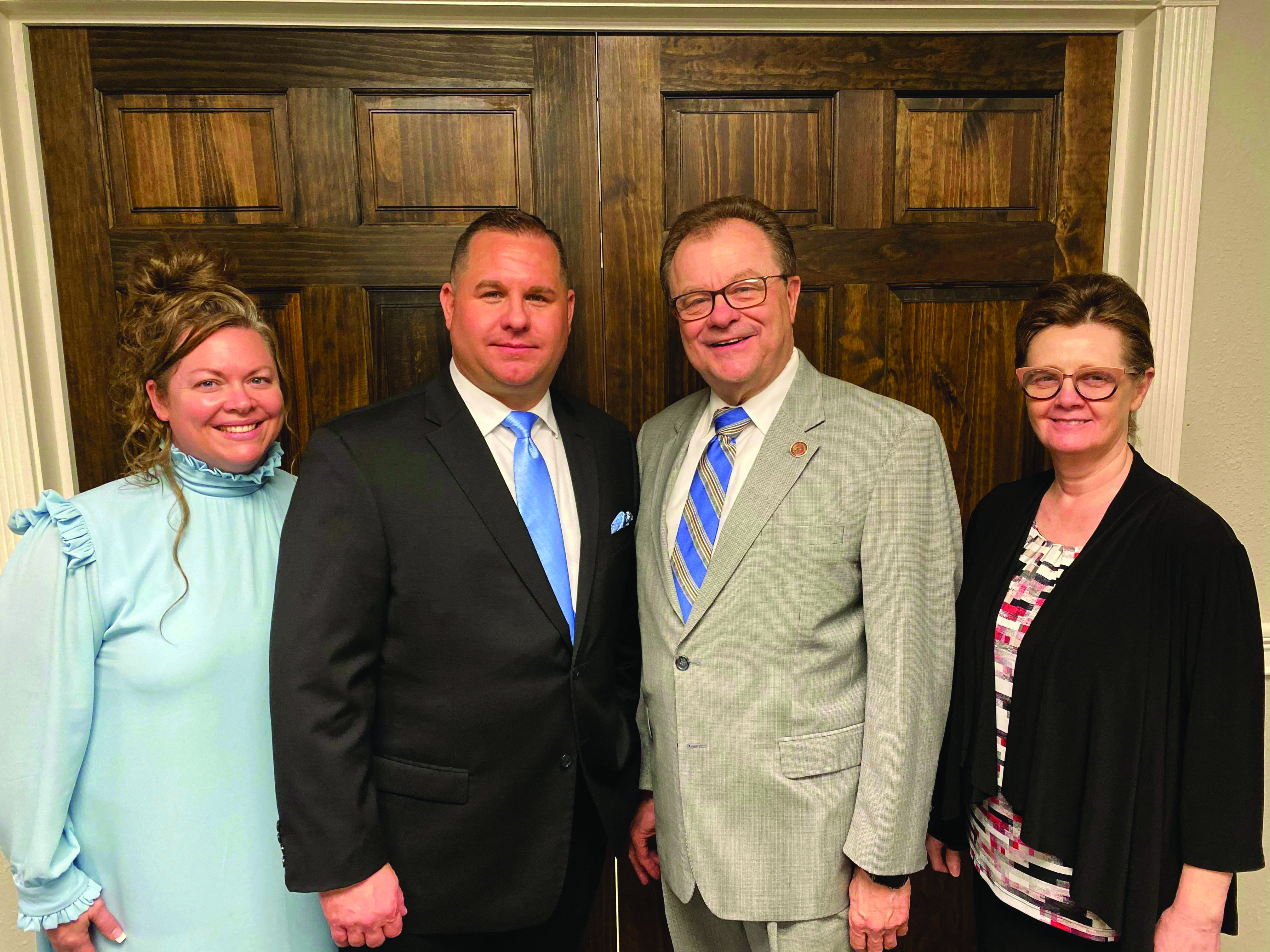 “There are 8 billion people in the world that need to hear the Acts 2 salvation message and the truth of the identity of Jesus Christ,” said Bro. William McLeod, pastor of Christian Life Church in Raymond, MS. Through The Acts Network, the whole gospel is going out to the whole world.

“Catholics and other denominal churches had all of the representation on television and in the digital world. There was no authentic Apostolic representation at all, so seven years ago, we began to consider the television avenue.” Then when Covid-19 hit, there wasn’t any avenue that Apostolics controlled, due to the censorship of Facebook, Instagram and YouTube. Apostolics had been invited to Daystar, TBN, and other ministries controlled by Trinitarians, but Apostolics needed a platform where they could preach the oneness of God and the Acts 2 message of salvation.

Bro. McLeod, brought up in a very conservative Apostolic home, had always taught and preached firmly against having a television, so the concept of an Apostolic television network was very difficult for him. With God knowing his stand on this, he still questioned God as to why he would ask him to do this, and God’s answer to him was powerful.

The Acts Network is an Apostolic television/radio broadcast ministry. All of the content is Apostolic and is completely controlled by Apostolics. The Acts Network has a Board of Directors that monitor the content of the network and makes decisions concerning the finances and business arrangements, etc. Bro. McLeod is the Chairman of the Board. Other board members are Bishop Jerry Dillon, a Mississippi District Presbyter, Bishop David Tipton, Jr., the current Mississippi District Superintendent, Bishop Mike Dobbs, a District Presbyter, Bishop Terry Ballard, a District Presbyter and Pastor Elliott Rutland.

“We offer preaching, teaching, praise, singing, conferences, documentaries and anything that is Apostolic in nature on The Acts Network,” said Bro. McLeod. The website www.TheActsNetwork.com. contains all of the information to get the network on iPad, iPhone, Android, and the Roku channel, etc. All network content is absolutely free to viewers.

They’re a non-profit ministry, so they depend upon external support.  People support them through private donations on a monthly basis, whether it be $5, $10, $20, etc. Broadcasters buy time on the network to broadcast their ministry around the world, and there are packages that are affordable for anyone. Those interested can email them at info@TheActsNetwork.com, call the Dallas, TX. office 24/7 at 214-560-2525 or Bro. McLeod at 601-455-1979 for details regarding pricing.

The Acts Network doesn’t have an official endorsement from the UPCI headquarters, and there’s a reason for that. The network is a broadcast ministry that represents all Apostolic Ministries of like precious faith, so they don’t endorse any Apostolic organization in particular, nor seek any endorsement. “We did receive a unanimous endorsement from the Mississippi District of the UPCI,” said Bro. McLeod, “And several districts are wanting to meet with us and endorse us on a state level. We have spoken with Bro. David Bernard and others in leadership at headquarters, and they all support it unofficially.”

“Our philosophy behind the network is this,” said Bro. McLeod. “The network was not established to entertain Apostolics. Entertainment is not our purpose. The reason The Acts Network was established is because there are 8 billion people in the world that need to hear the truth. We’re not endorsing a television program. Traditionally, our movement has steered away from television, because of the dangers of television programming. However, we are living in the 21st century, and everywhere you go, video is being broadcast, whether on iPads, cell phones or computers. Of the billions of people who are watching television, it is estimated that 2 billion on any given year gravitate to Christian broadcasting. That’s a substantial amount of people. 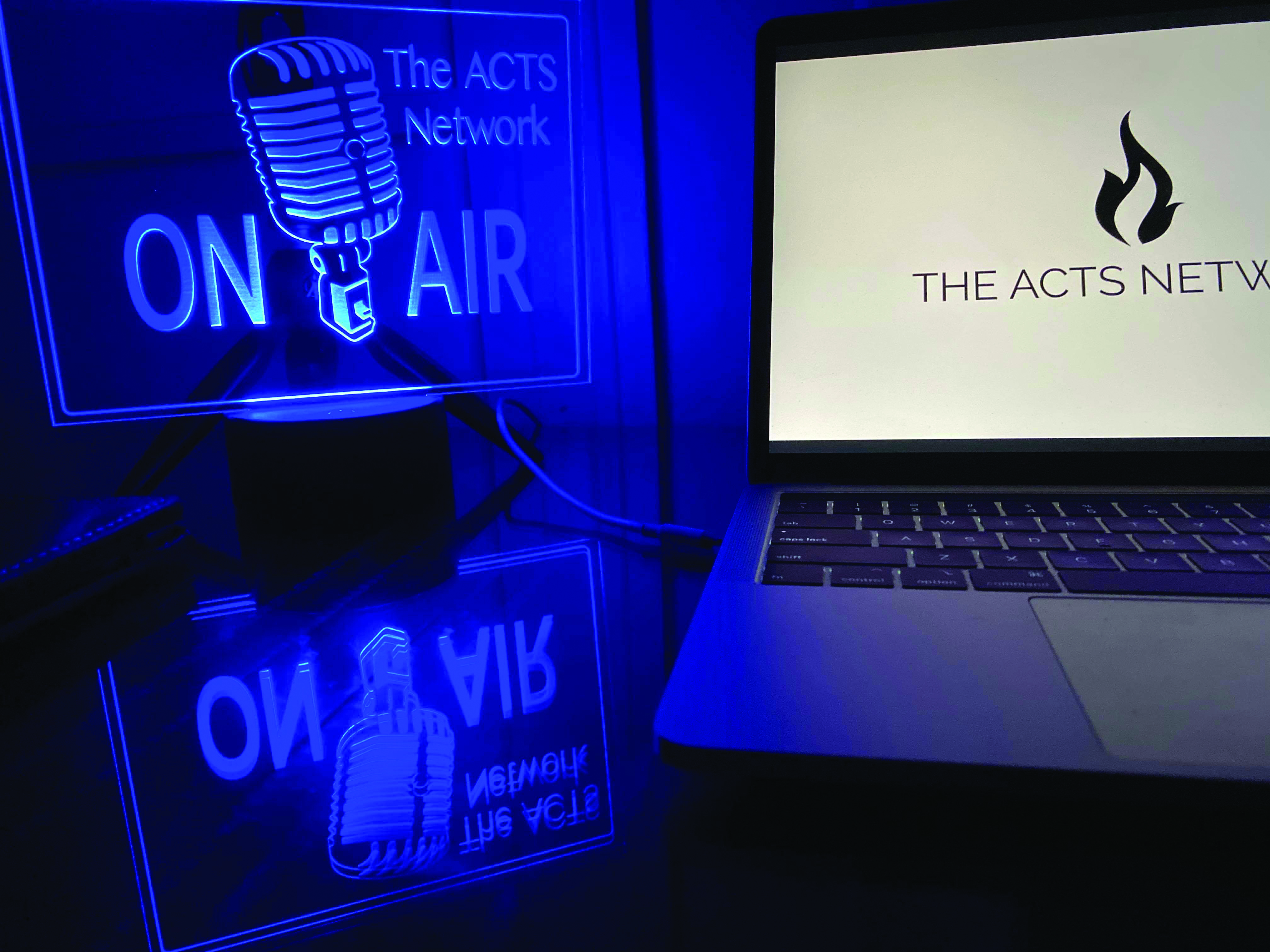 Our target audience is not Apostolic. Our target audience consists of people already watching Christian broadcasting such as Daystar, Trinity Broadcasting, CBN, 700 Club, etc. We want them to at least have the opportunity to hear the truth. That’s the reason we launched this endeavor.”

In the first of March, in a vision, the Lord showed Bro. McLeod a big long table for feasting. It was like a table you would see in a palatial palace. At one end of the table, there were men like TD Jakes, men who had left the Apostolic movement, Joel Osteen and other television personalities. They were laughing, joking and patting each other on the back. At the other end of the table were people eating as if they were extremely hungry, but the food they were eating were rich foods like cakes, candy and pastries, etc. Bro. McLeod thought, “This food is not the type of food you would see at a table like this.” Then the Lord spoke to him, “The people you see eating at this table are hungry for me. Hungry people don’t care about the nutritional value of what they’re eating. They’re eating because they are hungry, and they’re eating what has been set before them.” This really struck Bro. McLeod’s heart! Then the Lord said, “For years you have mocked these people and made fun of these people. You have joked about these people, but these people are hungry for me!” Then the Lord asked him this question; “Will you prepare a new table for my people to eat?” Bro. McLeod asked, “Lord, what are you saying to me?” The Lord answered, “These people are hungry for truth, and the only thing they have to eat are what these men have prepared for them. Will you prepare a new table for these people to eat?”

“Go means using every means we have to go wherever the hungry are,” said Bro. McLeod. “We’ve allowed the Trinitarians and false doctrine to control the airwaves. We have been exclusive instead of inclusive. The truth is, if anyone should be on television or radio, it should be Apostolics. We lack unity, and the reason for the success of Trinitarians is they are unified. As Apostolics, we must unify, regardless of the organization we represent. There is only one kingdom. We are all licensed UPCI ministers at the network, but our arms are open to all Apostolic organizations. The network has set aside half a million dollars to broadcast to the world on airwaves that we own. 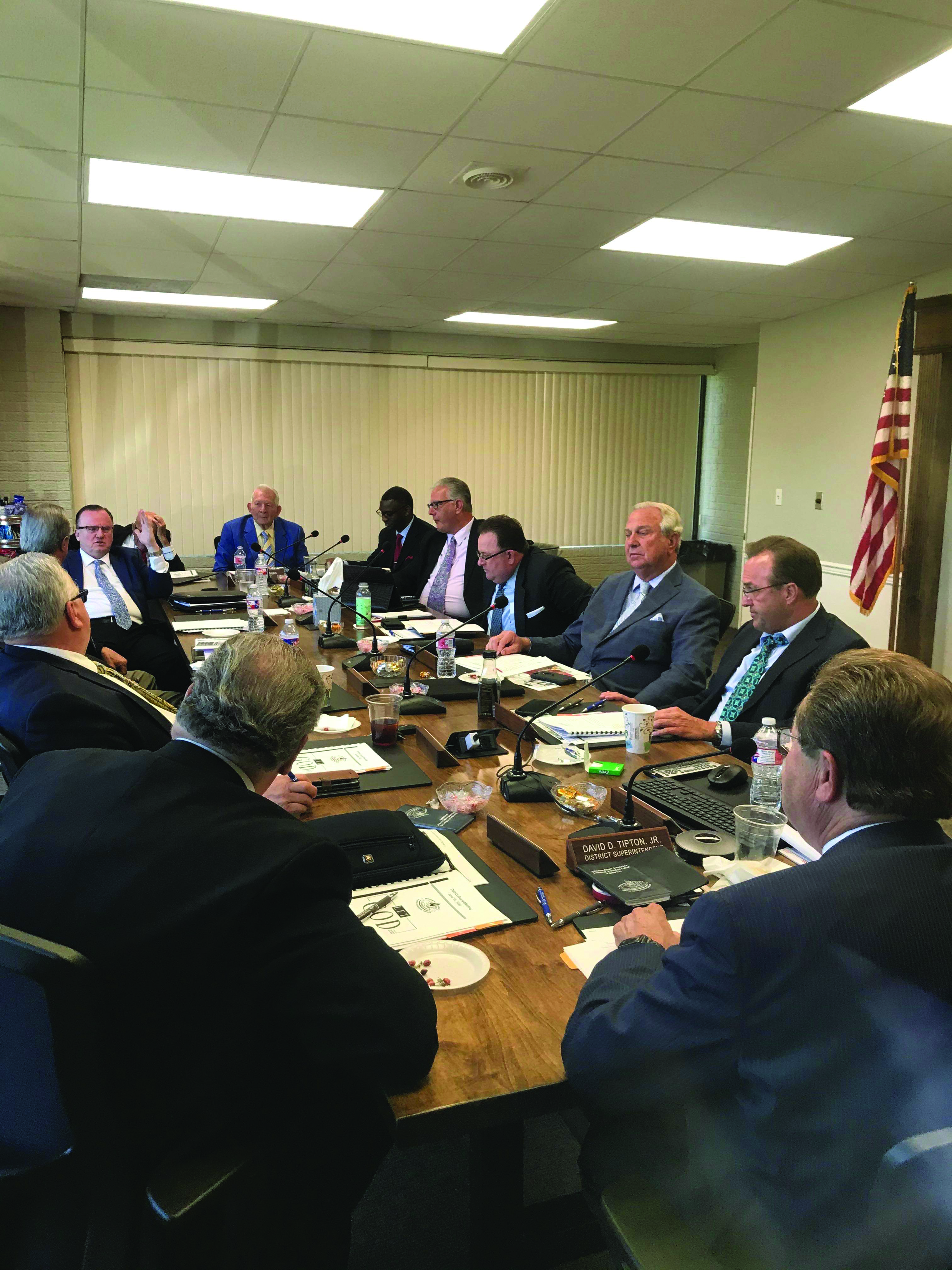 Many backsliders watching emailed the network that they were coming home and reunited with Apostolic churches. One backslider who had been offended for 35 years was changed after watching Bro. Dillon preach The Power of God’s Passion.

“This is an eternal work,” said Bro. McLeod. “The devil is making his way into people’s homes. For the first time in history, we have the opportunity to get into people’s homes through technology. We believe it took Covid-19 to wake us up. As the world shut down, people were confined to their homes, churches shut down, and overnight Apostolic pastors and preachers became televangelists! This is just the beginning of sorrows with more to come, and if God be for us, who can be against us? There is now no nation the Apostolic voice cannot touch with the truth.” 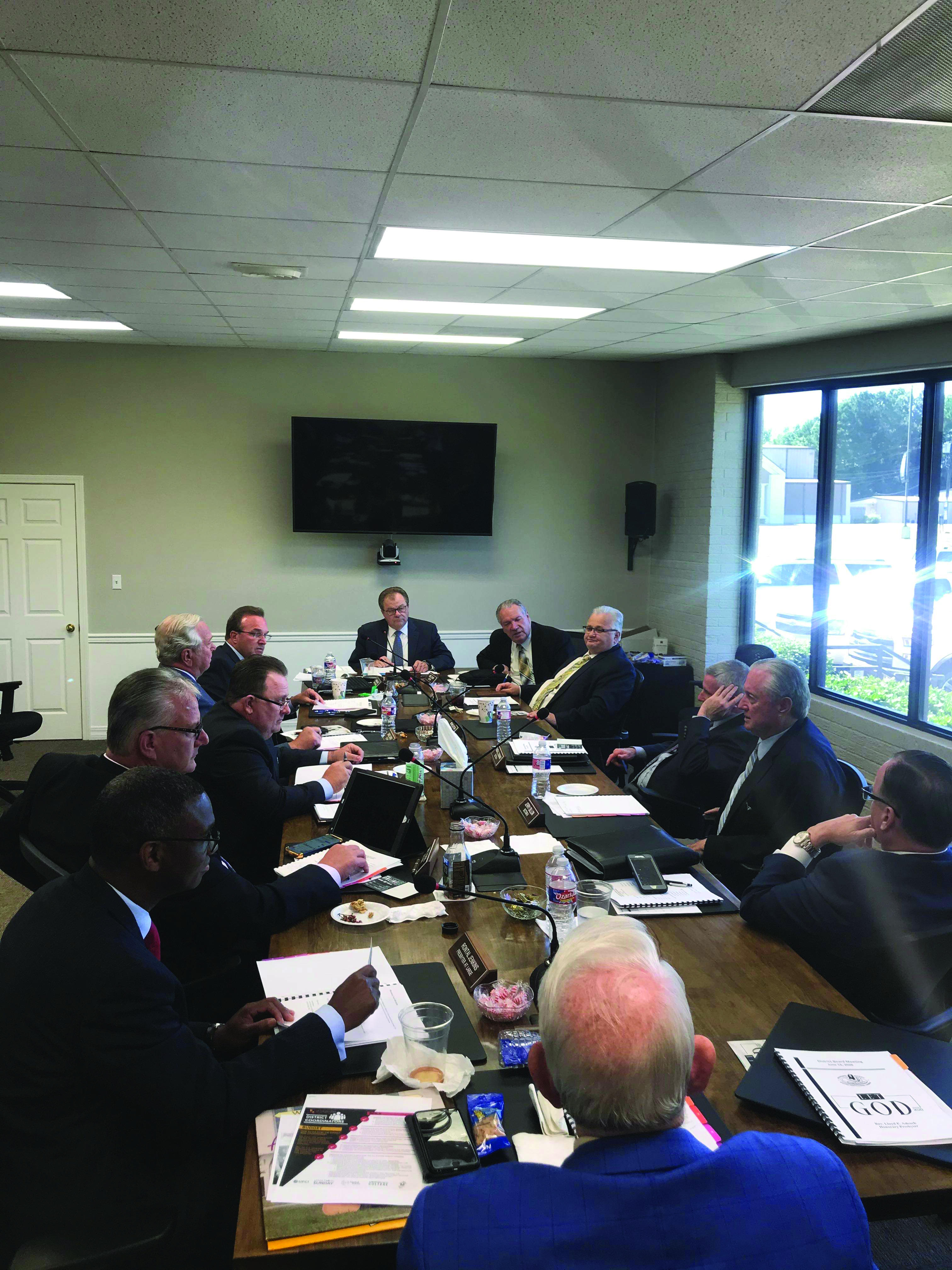