Christian Doctor Could Lose Job for Praying with Patient 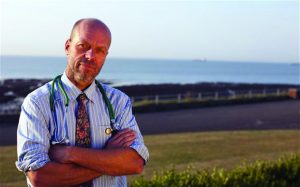 A Christian doctor in the United Kingdom who often prayed with his patients is under investigation and could lose his job for the spiritual practice.

Richard Scott, a 58-year-old general practitioner, often prays with patients who suffer from depression, anxiety or addiction, The Sunday Times reported.
But the General Medical Council (GMC), an organization that oversees and licenses doctors, is now investigating Scott based on a complaint from a patient who reportedly felt uncomfortable and vulnerable by his praying.

“They are kowtowing to aggressive secularism,” Scott told the newspaper. “Public safety is what they are there for [but] they suddenly turned it into a big case.” Scott serves at Bethesda Medical Centre in the town of Margate, about 80 miles east of London.

The U.K.-based National Secular Society (NSS) had told the General Medical Council in May that a “highly vulnerable” patient felt “discomfort at the use of prayer,” The Telegraph newspaper reported. The NSS complaint said Scott was warned previously about “expressing his religious beliefs in a way that distressed a ‘psychologically troubled’ patient.”

Scott maintains that his actions benefit patients. “The NSS is obviously gunning for me – and would like me to lose my job because they don’t like me,” he said. “They think I am irresponsible and dangerous, and I would say the same about them.”

Atheists Must Be Allowed to Pray at Gov’t Meetings, Appeals Court Rules

A Florida county’s policy of excluding atheists and humanists from offering invocations at board meetings violates the U.S. Constitution’s prohibition on government establishment of religion, an appeals court panel ruled recently.

Brevard County adopted an official policy in 2015 precluding “secular invocations” from being offered before Board of Commissioners meetings. By passing the resolution, the commissioners rejected an official request from the Central Florida Freethought Community to be allowed to offer invocations. The community is an organization of humanists and atheists.

Typically, commissioners have invited only Christian and Jewish speakers. Five individuals who identify as atheists sued the board. Four of them also call themselves “humanist.”

The U.S. 11th Circuit Court of Appeals said the policy violates the U.S. Constitution’s Establishment Clause. “Brevard County has selected invocation speakers in a way that favors certain monotheistic religions and categorically excludes from consideration other religions solely based on their belief systems,” the panel ruled in a 3-0 decision. Commissioners also had expressed hesitancy to allow Wiccans and Rastafarians to pray, the judges noted. 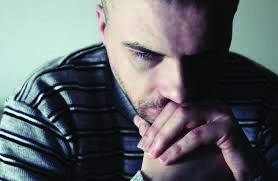 Religious people are less likely than atheists to be depressed when they are lonely, according to a new study by psychologists at the University of Michigan.

Those who believe in God are also more likely to maintain their will to live, the study found. It involved interviews with 19,775 people and was published in the Journal of Personality.

“For the socially disconnected, God may serve as a substitutive relationship that compensates for some of the purpose that human relationships would normally provide,” doctoral student Todd Chan, the lead author in the study, said, according to the Daily Mail.

Subjects were asked about their religious beliefs, friendships, feelings of loneliness and sense of purpose, according to the newspaper.

“Our research suggests, given two people who feel equally disconnected, the individual who feels more connected to God will have a better sense of purpose in life,” co-author Nicholas Michalak added.

But God doesn’t serve as a substitute for all human interaction, the study found.

“Quality human connections still remain a primary and enduring source of purpose in life,” it said.

The study seems to support the biblical teaching of God creating man to be relational. Echoing the Bible, the study shows the importance of serving one another and rejoicing and weeping with one another. 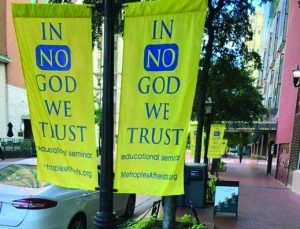 A series of anti-God banners in downtown Fort Worth, Texas are drawing criticism from citizens and even the mayor, but city officials say they have the legal right to be there. The banners read “In NO God We Trust” and are sponsored by Metroplex Atheists, which held an event July 14 at the Fort Worth Botanical Gardens.

The City of Fort Worth released a statement July 2 saying the banners “meet the criteria necessary” to be permitted. The city also acknowledged it had received “several phone calls and complaints.”

“Banner Policy and Procedures allows a non/not-for-profit to place banners within the public right-of-way for the purpose of promoting the organization or special event held by the organization,” the statement reads. “The event must be in Fort Worth and open to the public, or of common interest to the general community.”

The city “cannot discriminate or dictate the content unless it contains profanity, threats or other inappropriate images,” the statement added.
Fort Worth Mayor Betsy Price tweeted about her dislike of the message.

Metroplex Atheists says the banners and the July 14 event are part of its “In NO God We Trust” initiative. The purpose of the initiative, its website says, is to “educate the public on the exclusionary and divisive nature of the current national motto, ‘In God We Trust.’” The organization’s goal is to get the motto changed to “E. Pluribus Unum,” which means “out of many, one.”

A British student has won a landmark legal case after being booted out of college for posting Bible verses about homosexuality. Felix Ngole was expelled from the University of Sheffield back in 2016 after posting Bible verses on Facebook that the college found to be critical of homosexuality. The postings occurred in the context of a social media debate about Kim Davis, the former Kentucky county clerk who refused to issue marriage licenses to same-sex couples on account of her Christian faith.

During the exchange, Ngole shared Bible verses which supported the traditional view that marriage is God-ordained and should be exclusively between one man and one woman. He also asserted that “the Bible and God identify homosexuality as a sin,” according to the BBC. Later, Ngole was anonymously reported to the university and brought up before a disciplinary board. A social work student, Ngole was told that he had brought the profession into disrepute and was expelled from the university.

In 2017, after mounting a legal battle against his dismissal and arguing that his human rights had been violated, the UK’s High Court ruled in favor of the university.

Now, in a momentous decision, the Court of Appeals has overturned the previous ruling and slapped down the university for its discriminatory action, urging them to reconsider Ngole’s case. “The mere expression of religious views about sin does not necessarily connote discrimination,” the court ruled.

• New DNA research indicating the biblical Philistines originated from Europe bolsters the case that the land of Israel belongs to the Jewish people, says Israeli Prime Minister Benjamin Netanyahu. Scientists studied the DNA of skeletons from a 3,000-year-old Philistine cemetery and published their findings recently in the journal Science Advances. The study showed the DNA was related to the gene pool of southern Europe.

• Wisconsin’s Democratic governor says he will veto a bill that would require medical care for babies who survive failed abortions. The bill, AB 179, already passed the Republican-controlled Assembly and House. It would require abortion doctors to “exercise the same degree of professional skill, care, and diligence to preserve the life and health” of a baby who survives an abortion as would be given to “any other child born alive at the same gestational age.” It also would require the baby to be “transported and admitted to a hospital.” The bill’s supporters say it simply would ban infanticide. The doctor, not the woman, would be charged with a crime. But Wisconsin Democratic Gov. Tony Evers says he will veto it. Several other Democratic governors have vetoed similar bills.