Pastor Warns “Liberal Christianity” is Extremely Dangerous to the Church

Over the last decade, Lucas Miles began noticing what he believes is a “really damaging, antithetical to the Gospel, and certainly heretical” issue metastasizing across the Western Church.

Over the last 36 months, Miles said he began seeing this liberal ideology invade churches at an unprecedented rate.  “I would hear people start talking about Christianity using progressive language, and the Jesus they presented was more of a great social organizer than the Savior of the world,” he said.

“I live in a red state and blue county, and there are probably four or five churches right around me that are flying a Marxist Black Lives Matter flag or Christian socialism symbol or a rainbow flag, and they’re flying those higher than the cross. I think it says a lot about where the churches in America are right now.”

Miles reports that many in the Christian Left have kept one foot in biblical orthodoxy and one foot in progressive ideology. “But if we begin to downgrade Scripture to something other than the Word of God, Christianity begins to erode.”

Feeling an urgency to help Christians discern biblical truth from dangerous ideology, Miles penned his latest book, The Christian Left: How Liberal Thought Has Hijacked the Church.  The Christian Left, he said, is “really good at hijacking terminology” in order to “ooze their way into being recognized” as “Christian.” One way they do this, he said, is by increasingly pushing for a “Christian Universalism” that says all paths lead to Jesus Christ.

One reason progressive ideology has so easily permeated churches across the West is because of growing biblical illiteracy, Miles said. According to the State of the Bible 2020 report, the proportion of Americans who read the Bible daily also fell to fewer than one in 10 (9%), the lowest number on record during the 10 years of the State of the Bible research study.

A chaplain in the United Kingdom is alleging discrimination and harassment after a college dismissed him and reported him to the government’s anti-terrorism unit for a sermon affirming biblical teaching on sexuality.

Rev. Bernard Randall was a chaplain at Trent College in Nottingham when, in 2019, he delivered a sermon encouraging students to love “our neighbors as ourselves” and love “everyone equally.” In the same sermon, he told the students, “You do not have to accept the ideas and ideologies of LGBT activists.” He also noted that Trent exists “to educate boys and girls according to the protestant and evangelical principles of the Church of England.”

Trent, which had implemented an LGBT curriculum, reported him to the government’s counter-terrorism watchdog Prevent and then dismissed him later that year, according to Christian Institute, which is representing Randall in a lawsuit. Although his dismissal was overturned, he was told his sermons must be approved ahead of time.

Randall’s lawsuit alleges discrimination, harassment, victimization and unfair dismissal. “I was doing the job I was employed to do,” he said in a statement.

A Michigan high school senior who was selected as a valedictorian of her graduating class was told by her principal that she could not discuss her faith in Jesus Christ in her graduation speech this past June.

In an altered version of the speech, Turner wrote, “My identity is found by what God says and who I want to become is laid out in scripture.” Goldsmith responded by stating, “We need to be mindful about the inclusion of religious aspects. These are your strong beliefs, but they are not appropriate for a speech in a school public setting.”

Turner replied in a response email, “I read your comments and unfortunately I don’t think I would be able to deliver a genuine speech under those circumstances.” 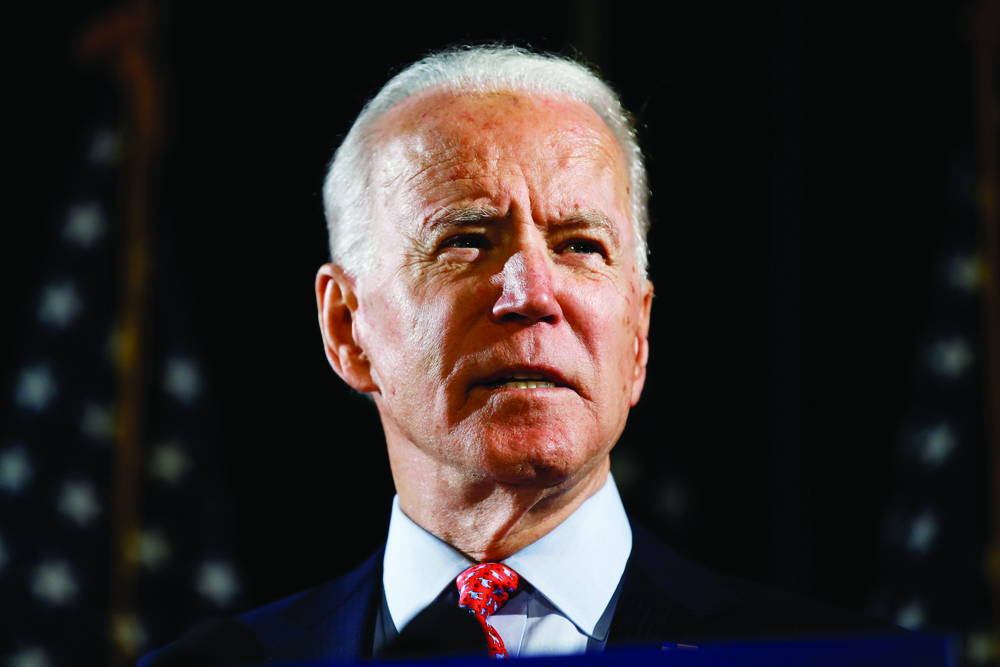 President Biden on Wednesday issued a National Day of Prayer proclamation that touted the “power of prayer” and invited Americans to “give thanks,” although the proclamation’s absence of the word “God” sparked criticism and marked the first time this has happened in modern United States history.

By a 1952 law, every U.S. president must issue a proclamation designating a National Day of Prayer. This year, the day fell on May 6th.

“Today, we remember and celebrate the role that the healing balm of prayer can play in our lives and in the life of our Nation,” the proclamation reads. “As we continue to confront the crises and challenges of our time – from a deadly pandemic, to the loss of lives and livelihoods in its wake, to a reckoning on racial justice, to the existential threat of climate change – Americans of faith can call upon the power of prayer to provide hope and uplift us for the work ahead.”

On the National Day of Prayer, “we unite with purpose and resolve, and recommit ourselves to the core freedoms that helped define and guide our Nation from its earliest days,” it reads. The proclamation, though, omits the word “God,” making Biden the first president not to include “God” in his proclamation in modern history.

America and the rest of the world are guilty of Nazi-like eugenics by allowing abortion that targets the unborn for various traits such as sex, race and disability, a federal judge asserted this week in a much-publicized abortion case.

Judge Richard Griffin, a member of the U.S. Sixth Circuit Court of Appeals, made the comments in a concurring opinion that was attached to the court’s decision in a ruling that upheld an Ohio law banning abortions based on a Down syndrome diagnosis. Griffin noted the clear connection with Nazi eugenics in his opinion:

“Following Nazi Germany’s horrific implementation of eugenics to its natural conclusion, the eugenics movement lost its popularity. … Tragically, however, the practice continues today with modern-day abortions.”