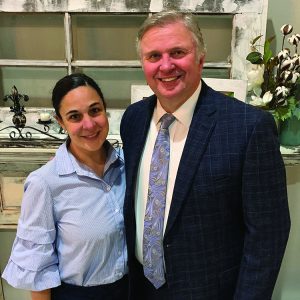 The beginning for the Jews in Egypt was promising. As a favor and reward to Joseph, he and his family were given the choice land of Goshen to live, raise their families, and enjoy. However, after an excess of 400 years, a pharaoh would come to power who knew not Joseph. Perhaps this bit of Egyptian history was not imparted to this man during his rearing. He would come to perceive the Jews as a threat, inasmuch as they had multiplied into the millions. Indeed, “the children of Israel were fruitful, and increased abundantly, and multiplied, and waxed exceeding mighty; and the land was filled with them” (Exodus 1:7).

Fading Into The Night

Fearing that the millions of foreigners on their soil could possibly join forces with an invading enemy, the Egyptian leadership was determined to foil any future insurrection by placing taskmasters to afflict the Jews; however, the more they afflicted them, the more they multiplied and grew. They were grieved because of the children of Israel and became harsh taskmasters to them. “And the Egyptians made the children of Israel to serve with rigour: And they made their lives bitter with hard bondage, in mortar, and in brick, and in all manner of service in the field: all their service, wherein they made them serve, was with rigour” (Exodus 1:13-14). To supplement the plan and restrict growth, a policy of infanticide was developed. As the men and women were enslaved, toiling beyond reason, all the male infants were to be taken by Egyptian midwives and killed at birth, but the midwives feared God and would not do as they were instructed. Pharaoh then demanded all Egyptians take the newborn Jewish males and throw them into the Nile, to summarily drown and to satiate the appetites of writhing, voracious crocodiles.

Their lives were bitter, their spirits were beaten down, and their lineage became fodder for crocodiles. With seeming quiet frustration, the Jews would gather straw and walk into slime pits to make mortar, mortar that would eat the flesh off their legs. The pits would devour many of them. Some would simply disappear into the slime, their lives oozing away, fading into oblivion. Many were swallowed by darkness, bodies becoming frozen in time. The muffled moans of enslaved men and the heart-stopping screams of newborn babies mingled in the sweat and humidity of oppressive Egypt, annihilating hope, destroying the future.

Yet, although they were tortured and burdened with great hardship, the Jews did not pose a threat to Pharaoh. There is no record of protest, no dreams of rebellion. They developed no military plans. They were given to a slave mentality, and, sadly, even when their babies were being killed, they were strangely docile. Most prisoners are not so quick to surrender their spirits, to abandon all hope for escape. Many prisons and jails display weapons devised by prisoners. Their creativity leads to the need for invasive searches and metal detectors. They do not usually go so gently into the night. Yet these Jews, even as their babies are being fed to crocodiles, carry no placards and plan no uprising. They simply fade into the night.

Yet, They Are Fighting

Moses was divinely spared, and when he was grown, he became an instrument of deliverance. Exodus 2:11-15 states: “And it came to pass in those days, when Moses was grown, that he went out unto his brethren, and looked on their burdens: and he spied an Egyptian smiting an Hebrew, one of his brethren. And he looked this way and that way, and when he saw that there was no man, he slew the Egyptian, and hid him in the sand. And when he went out the second day, behold, two men of the Hebrews strove together: and he said to him that did the wrong, Wherefore smitest thou thy fellow? And he said, Who made thee a prince and a judge over us? Intendest thou to kill me, as thou killedst the Egyptian? And Moses feared, and said, Surely this thing is known.”

Why are they fighting? We don’t even know. Was it over who made the most bricks? Was it over who gathered the most straw? They were enslaved, living in mud huts, yet they are fighting each other. Pharaoh is sitting on his throne, constantly issuing threats, killing children, and making their lives bitter, but here they are fighting each other. While Egyptians are feeding their children to crocodiles a short distance away, these men, oblivious to the sad irony, are attacking each other. The enemy is laughing.  Souls are dying. The future is being lost. And they are attacking each other.

Brothers shouldn’t be fighting brothers. The enemy is out there, not in here. I proclaim to you today that I will not fight my brother. My need for those of like precious faith is greater than any differences. We are born of the same Spirit. We have the same blood flowing in us. We are brothers. And the enemy is trying to kill us and our children, and our future. I refuse to fight my brother. I must save my energy for the real enemy.

We wrestle not against flesh and blood. Or do we? We should be fighting against principalities, against powers, against evil forces intent on destroying us individually and collectively. We must keep our eyes on the true enemy. We must join forces and beat back the tyranny of Egyptian bondage.

Why Are We Fighting?

We must work to reach the lost, to expand the Kingdom. We won’t succeed if we are fighting one another. Today is our day. Our potential is limitless if we don’t fight and strive with one another. Let us echo what Abraham told Lot, “Let there be no strife . . . between me and thee . . . for we be brethren” (Genesis 13:8). Abraham was willing to lay aside his pride and ego to keep a brother. Sometimes we spend too much time defending our pride and protecting our ego, and not enough time loving and forgiving. We focus on building our castles while the Kingdom diminishes.

We are deceived when we see enemies in our allies. Paul informed the Galatians, “Thou shalt love thy neighbor as thyself. But if ye bite and devour one another, take heed that ye be not consumed one of another. This I say then, Walk in the Spirit, and ye shall not fulfill the lust of the flesh” (Galatians 5:14-16). Biting and devouring is birthed from lust and carnality. To possess a warring spirit is not spiritual, and that applies to preacher relationships as well. James said, “From whence come wars and fightings among you? come they not hence, even of your lusts that war in your members?” (James 4:1).

We must not fight our brothers. We must not bite and devour one another. Biting and devouring have cannibalistic overtones. Some preachers walk around with preachers’ arms and legs hanging out of their mouths. Some sit around, digesting preacher body parts. Do I have to tell you that is not healthy? We were not made to eat human flesh. By doing so, we fill our bodies with toxins and poisons. And regardless of how fulfilled we may feel in the moment, we are what we eat. By eating one another, we become what we despised. Just as bitterness and unforgiveness destroys people, even so does biting and devouring one another.

We must not fight and bite and devour one another; rather, we must remember the words of Christ when He said to eat His body and drink His blood. I am persuaded that if we have more of Jesus flowing through our veins and being digested in our spirits, we will have less bitterness, unforgiveness, warring and lusting, biting and devouring flowing out of us. We need more of Jesus and less of us.

Robert W. Martin serves as pastor of Hope Central and has pastored in the Baton Rouge, Louisiana area for 28 years. Pastor Martin is a member of the UPCI, having previously served the ALJC in several capacities, including general superintendent. He has a wife, Alison, and three children – Alec, Noah and Myla.