A Generation of Leadership —

It was not until about the end of the second decade of Paul Mooney’s thirty-one years of leadership as President of Indiana Bible College that the scope of IBC’s worldwide impact began to come clearly into focus for Paul and Micki Mooney. 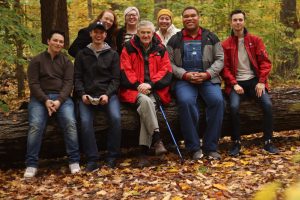 In the past ten years especially, Micki Mooney said recently, “We’d get so excited and thrilled when we’d go somewhere and preach a camp, and the youth ministry team there was from IBC.  We’ve even had new [district] superintendents from IBC.”  Brother Mooney added,  “They would first introduce us and say, ‘Some of you here are probably from IBC’ and I can’t tell you how many standing ovations we’ve had.”

In addition, numerous missionaries of the United Pentecostal Church International in every region around the world, as well as missionaries from other apostolic organizations, have graduated from IBC.  Others have children who graduated or are presently enrolled. 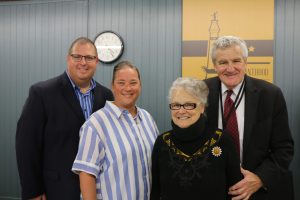 IBC’s deliberately targeted Spanish outreach in recent years has attracted bi-lingual students to the main campus and numerous Spanish speaking pastors and leaders to special evening classes.  An expanded distance learning program, initiated long before the COVID-19 quarantine, is blossoming at IBC for those who would otherwise not have access to a Bible college education. 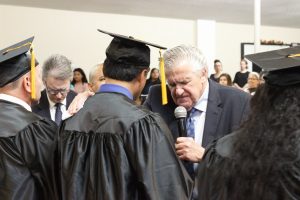 The enthusiastic welcome that Dr. Lindel Anderson and the IBC worship studies teams have received at large conferences in the Philippines is a testimony to the far-reaching impact of the Paul Mooney era at IBC.  Indiana Bible College in Indianapolis and its president are known literally around the world.

What took three decades to build began with an unexpected phone call to Brother Mooney in Muskegon, Michigan.  He had been elected as Calvary’s new pastor to replace Brother Jim Larson, who had been asked to follow David Gray as pastor in San Diego.  Calvary’s previous and longtime pastor, Nathaniel Urshan, had already been elected as General Superintendent of the UPCI.  Brother Mooney, meanwhile, was concluding his responsibilities as Michigan District Superintendent and pastor in Muskegon and its auxiliary outreaches before moving permanently to Indianapolis. 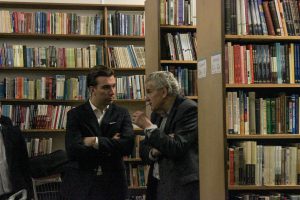 The phone call was from a member of the board directing Indiana Bible College in its first location in Seymour, Indiana.  Circumstances prevented the Seymour church from continuing to sponsor the school. Though relatively new and still small, IBC in Seymour had become an endorsed Bible college of the UPCI.  Now its future was uncertain.  The caller was contacting Brother Mooney to ask if he would be willing to consider moving IBC to Indianapolis and assume leadership of the program. 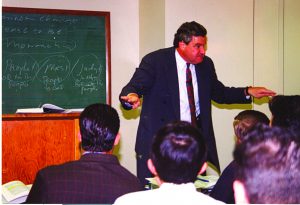 There were many unanswered questions that just one phone call could not resolve, but a big idea was already arriving at the station in Paul Mooney’s mind before he hung up.  This was doable.  This was a critical need.  Without analyzing it, he knew that God had prepared him through years of ministerial leadership for the task, and that Calvary Tabernacle, with its strong foundation and long history of kingdom-minded service, was just the congregation to take on the sponsorship of such an enormously important challenge.  Without making a formal commitment, Paul Mooney had already said yes in his spirit.  He let his caller know he would be praying about it and would give a definitive answer after they arrived in Indianapolis. 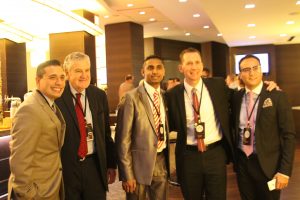 He said a trip that he and Micki had previously made to Africa at the invitation of Tom and Teri O’Daniel in Ghana had focused his understanding of the value of Bible college training in establishing and expanding national works around the world.  Bible schools were a key to sustained growth.  Later, men like Tom O’Daniel, Talmadge French, David Norris, O. C. Marler, and a host of others would provide invaluable assistance in the early years of IBC in Indianapolis. 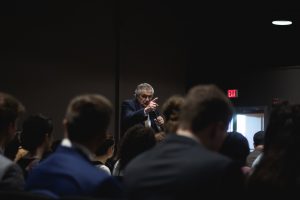 The strong influence of Indiana Bible College in the apostolic movement started 32 years ago in that one brief but vivid moment of almost instantaneous clarity in the mind of Paul Mooney.  “This sounds terrible,” he said with a laugh, “but I almost said a complete ‘yes’ on the phone.”

As always, he and Micki immediately began to discuss the possibilities.  “Micki,” he said, “this could be the very thing that could make a difference for Calvary Tabernacle.”  Looking back, he said, “It was one of those things that come into your life and feels right.  It was kind of like, ‘Micki, we need to do this.’  There was a kind of urgency.”

“He just wanted to save it,” Sister Mooney said.  “ ‘We could do this’ was his attitude, and he wasn’t afraid of the work.”

IBC was not the only UPCI Bible college in North America facing strong challenges a generation ago.  During the decade prior to the Mooneys’ arrival at Calvary, several UPCI Bible colleges in America had ceased operation, while two other colleges had faced setbacks that had required transitioning or relocation.  Today, thankfully, numerous UPCI-endorsed Bible colleges exist in the U.S. and Canada.

That Indiana Bible College grew into a major apostolic training institution over the past three decades was the result of two resolute forces: a pastor with a far-reaching vision, and a strong church congregation ready to join forces to achieve the vision.

Brother Mooney recalled, “The [Calvary Church] board was a key.  They were thinking, ‘Okay, this is the man that Brother Urshan selected, and he was supportive.’  So, I think they wanted to get their hands into something and kind of move on.  Of course, they had just been in a building program with Brother Larson, and those guys, they worked hard.  I think the church was in a mood of, ‘let’s get moving into something else.’ ”

Remembering the acquisition of the former hospital building and property on Sumner Avenue, made possible by a miraculous, sacrificial offering of the congregation, Sister Mooney recalled, “Once he talked to the church about it, and the church wanted to do it, we all got so excited. We had finally found a building, but it was so full of trash and mold on the walls, and the kitchen was just in horrible shape.

“All of the church came over and worked on it.  They were so excited about having a Bible college, and that made us even more excited.   He announced we were going to have a weekend of work over there and everybody showed up.  We had prayer and sang ‘To God Be the Glory,’  Then we went to work.” 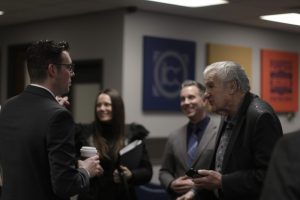 Brother Mooney summed it up.  “Look at those buildings now [Calvary Tabernacle, Calvary Christian School, and Indiana Bible College].  They’re worth tens of millions of dollars.  I think God has rewarded Calvary for their sacrifice, no doubt about it.  What I laid on the table, the church picked it up.  We’ve had great help.  You can sense it when the IBC Choir gets up to sing on a Sunday night.  They’re proud of it.”

Pastoral confidence in IBC has been strong across the country, a fact confirmed by students arriving on campus from nearly every state and from many of the same churches year after year, or by the ninety to 100 pastors and wives participating in the annual Pastoral Appreciation Day at IBC.

That bond between IBC and the pastors of IBC students has been of critical importance from the very beginning, Brother Mooney affirmed.  Pastors are aware, he said, of IBC’s “carefulness not to break the relationship that students have with their own pastors.  We have all tried to be sure that students’ pastors remain their pastors, and that we are not their pastors.  Our staff has done a good job of maintaining that commitment.”

The legacy has been established.  For IBC, the rest is history still in the making.