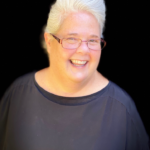 “I have felt for several years that I needed to share my stories. It finally became apparent that the time was now to share these lessons learned along the journey of life. Since I am a storyteller, every time we had a group visit here in Guatemala, I would tell my snake story or the last egg story or whatever story came to mind. We would end up having a little devotion right then and there. So I wanted to share the lessons that I felt the Lord had taught me through each and every disaster. That is how I came up with the title, Disasters Minister.”

Sis. Jewett is a missionary to Guatemala. She’s originally from Fredericton, New Brunswick, Canada but has been living on the mission field for thirty-two years now. “I had no idea that a simple missions trip in 1986 would literally change my life forever. April 1st, 1989 I flew to Guatemala City to begin a ten-month Associates in Missions term. I served under that program in both Guatemala and Mexico until I became a fully appointed missionary in 1996,” states Sis. Lynne Jewett. 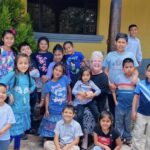 “In reading my book I want readers to come away with a deeper faith in the Lord. It is my burden that they will know and trust HIM. No matter what the circumstance, if you can hold to that unseen hand and trust Him, He will see you through to the other side. Think of Matthew 7:7; ‘Ask and it shall be given you; seek, and ye shall find; knock, and it shall be opened unto you.’”

Sis. Jewett describes a testimony of healing that occurred in her ministry. “Once, a little boy in the U.S. prayed for my laryngitis, as I was to do a Children’s Crusade in Honduras with no voice. I could make no sound until the microphone was in my hand and it was time for the lesson. When the lesson was finished my voice was gone. Seventy-five children received the Holy Ghost!” It reminds her of Jeremiah 29:11 – “For I know the thoughts that I think toward you, saith the LORD, thoughts of peace, and not of evil, to give you an expected end.” 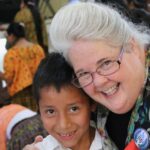 To sum it all up, “I truly believe if we keep our eyes off of the swirling waters beneath our feet of whatever circumstances we are facing and lift our eyes heavenward, much as Peter did as he stepped out of the boat and walked on water, we can join in faith and say that disasters minister.” Sis. Jewett also adds, “I believe anyone that needs a little extra faith in the Lord for whatever ‘disaster’ they may be facing can benefit from this book. Or, someone that thinks they may be interested in missions since the vast majority of the stories happened on the mission field.”

You can order the book through Amazon or PPH. Paperback $13.99. Amazon also offers the Kindle version for $6.99.