Lord, Heal Our Land, Praying For Our Nation in Perilous Times
written by J. L. Fonzer 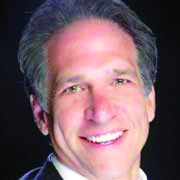 I believe as we get closer to the coming of the Lord, the gap between the spiritual and the secular widens. There was great political turmoil when Jesus came the first time and the return will not be any different. I am a firm believer that any stand for righteousness and biblical principles exalts a nation from the courthouse to the White House.

We dedicate ourselves in several ways to be light and salt at Eastwind Pentecostal. We attempt to make a difference through our “Hands for Healing International” ministry that feeds 1500 people a week, builds medical clinics and orphanages and responds to disaster areas with relief around the world. Love is best promoted through action rather than talk. 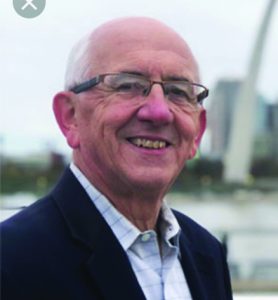 The Church, and governmental leaders should always stand where God stands in His Word. So, in that sense, the stand of President Trump or any other pro-life leader, assists the church in sounding out the truth of God’s Word. When a pro-righteous voice speaks there will be opposition, but that does not mean the voice should not speak. God informed us these happenings would occur. Of course, the voice of truth should be sounded in the right tone – i.e. firm, but kind and righteous in spirit and intent.

Protection of religious liberty is a principle our country was founded upon and has been set as a constitutional right. There should be a consistent legislative effort to ensure that our religious freedoms and belief systems are protected. 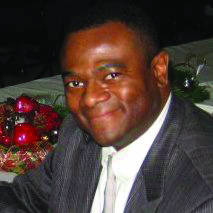 We are back in the book of Judges where everybody does what’s right in their own eyes. As the days progress, the Church and the world are becoming more and more distant from one another. From where I sit as a diplomat with the United Nations, it appears that people are offended by the exclusive beliefs of the Apostolic Church and Christianity in general. They are offended by the exclusivity of our beliefs in that we are not inclusive. Our doctrines are contrary to the direction the world is heading in.

America was founded with Christian values. Today the liberty to exercise our Christian values has been corrupted by other groups. Wiccans and those practicing Satanism are using those benefits for their ability to have liberty. We have to be mindful that whatever we ask for, it also affords others that same privilege. To return back to an exclusive Christian values system, us having our liberties to deny services to people based on our belief system, would be of great benefit.

To have the president stand up and defend the life of the unborn has not happened in my lifetime or to have him stand up for religious freedom and the voice of the local pastor. In the midst of all that’s going on with all the other voices that are against the church, something is happening in the midst of all the chaos happening within this administration. The Church needs to take notice and know that God is giving us some kind of opportunity.

I have been to the Bible Study at the White House and have had the opportunity to pray for our country’s leaders as well as our United Nations Bible study which has also seen 38 saved to date.

The Bible study at the White House hadn’t happened in 100 years. 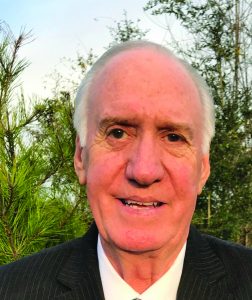 It’s the age we live in. People are looking at our government and our situation of life. They are overwhelmed, and the enemy is taking advantage of it. People are not real strong anymore.

Jentzen Franklin laid hands on the president, and that’s something you never heard of. As long as President Trump will seek to be spiritual and allow prayer and stand with Israel, God is going to bless the nation.

I still believe God is going to give us revival and that we are going to conquer this thing through prayer, fasting and preaching. Where sin does abound, grace will much more abound. God will never let the devil outdo Him. He’s not going to let this thing get out of balance. 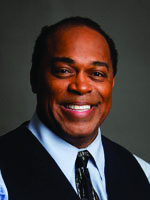 As Paul said, “There are many adversaries.” There has been an increase in the spread of the doctrine of secular progressivism in the institutions that teach secular humanism. They are, in turn, elected to office and they promote secular ideology. There’s a rise in the number of Muslims that have come to the United States. They believe in the teaching of the Quran, which is anti-Christian. The LGBTQ community which is anti-Christian, believes the Church is an enemy of their values and deems them unacceptable. The rise of the Church of Satan, as of last year, obtained 501-C3 status. 50% of their membership is from the LGBTQ community. The media uses their its assets to support all those agendas.

All of those groups are very involved in very aggressive teaching and indoctrination programs. The Christian Church is unclear on their doctrinal teachings in many areas. The only answer is for the Christian Church, and particularly the Apostolic Church, is to teach the Apostolic doctrines from a fundamentalist biblical perspective.

President Trump’s pro-Christian executive orders and support of legislation favors freedom of religion and Christian denomination. I traveled to Israel in September of 2019 and there to witness the moving of the embassy to

Jerusalem. Israel is the navel of the earth and the center of all Bible prophecy. His acts are in favor of Israel and in harmony with scripture.

In the book of Daniel, God sets men up and takes them down. Unless the Bible is a lie, God has set President Trump in the White House for such a time as this. When he completes the task God has given him, God will take him down.