Global Missions and the Local Church 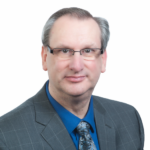 The local church, first of all, serves as the grassroots of both North American Missions and Global Missions. I believe that the Lord calls each one of us to be global Christians – fulfilling the Great Commission. That could mean fulfilling one of three needs: going, giving, and praying. When it comes to the local church, we train up the next generation of missionaries for the UPCI and the apostolic movement.

Many missionaries will probably tell you that they first received their calling into missions when they were children. There is one young lady who comes to my mind, who was asked to write a letter to certain missionaries when she was a child in Sunday school. They wrote back to her, which began a regular correspondence between them. She went on to become an AIMer, and is now a missionary. All of this began in the local church.

Referring to the youth group that I was a part of, my best friend, Brad Thompson, is a missionary to Guatemala. He received his call into missions as a result of winning a prize for a Sunday school contest. The prize was a book collection that deals with a kid who grows up in Guatemala, which gave him his burden for that area. It is for these reasons that I am convinced the local church is the seedbed, the grassroots, of taking the whole gospel, to the whole world, by the whole church.

Over the years, I have tried to stay away from viewing missions work as “the greatest sacrifice” as some suggest, because, in essence, it is the greatest privilege, expanding and extending God’s kingdom around the world. The only time that I remember sacrificing in this way, is when I had to put my daughters on a plane to send them to the States for Bible college. Having been raised on the mission field since they were seven weeks old, they were leaving “home” to come to America for school.

Some of the best advice that was ever given to me came from Sis. Evangeline Rodenbush. In one season of life, I had someone questioning my motives in ministry, and she simply said to me, “Bro. Poitras, keep this in mind: to the pure, all things are pure. But to the defiled, all things are defiled.” This was great advice for me! 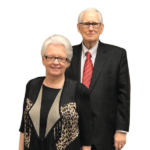 The local church is connected to not only North American Missions but also Global Missions. It gives the local church the opportunity to both meet and pray for missionaries by giving them exposure to their burdens and ministries while on deputation. It gives people the opportunity to invest beyond their borders, beyond their local communities, into worldwide ministry.

Early on, I had men that became mentors to me. All of my life, and even today, I have older men that I look to for counsel and advice.  For anyone who feels a call into ministry, you must ensure that you have a pastor, someone you can go to with any problem in life.

One of the greatest challenges of missionary life is, like most ministries, dealing with the fact that things may not happen or align as you planned they would throughout the course of your ministry. Another challenge is when loved ones pass away and you cannot be there to mourn with the family.

More than anything, our missionaries in North America and around the globe need our prayers and financial giving. We must not forget them. It will be a blessing both to us and to those around us. 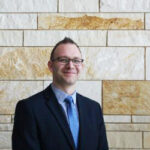 When you consider the mission of the Great Commission, the connection of the local church to missionary work is vital. I cannot reach the whole world, but I can live by this statement: “Do for one what you would do for all.”

If I could, I would visit every country and preach the gospel, as well as cities and towns in North America that do not have churches, but I do not have that capacity. Even so, I can still be a part of sowing and reaping a great revival.

It is a beautiful thing that God has blessed North American churches. Even as a church plant, one of the first things we did as a church was partner with a missionary. Even though at times it was hard to pay our rent, we felt it was necessary from the beginning to have a missions-minded culture in our church. I believe that you cannot out-give God, and if we believe that, then we ought to understand the connection between sowing and reaping. When we sow overseas, God is going to allow us to reap a harvest in North America as well.

To quote 1 Corinthians 3:6-7, “I have planted, Apollos watered; but God gave the increase. So then neither is he that planteth any thing, neither he that watereth; but God that giveth the increase. 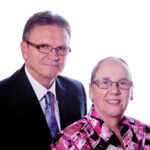 Before entering the global missions field, I had the privilege of pastoring a church for nine years. I also served on the youth committee as the district secretary and worked with Sheaves for Christ (now Move the Mission) for several years as a young man.

“Going” doesn’t necessarily mean getting on board a plane or a boat, to get to the other side of the world. “Going” can also look like going across the street. “Going” can look like teaching a home Bible study – how much does that cost us?

“Giving” may not look like giving $100,000 per year to missions, or even $100. But, if you invite someone to a home Bible study and cook them a meal, that is giving of your valuable time, energy, and resources.

“Prayer” is self-explanatory, but an important aspect of the relationship between the local church and missionaries around the globe.

Going, giving, and prayer are what make the local assembly such a beautiful part of what we are doing around the world.