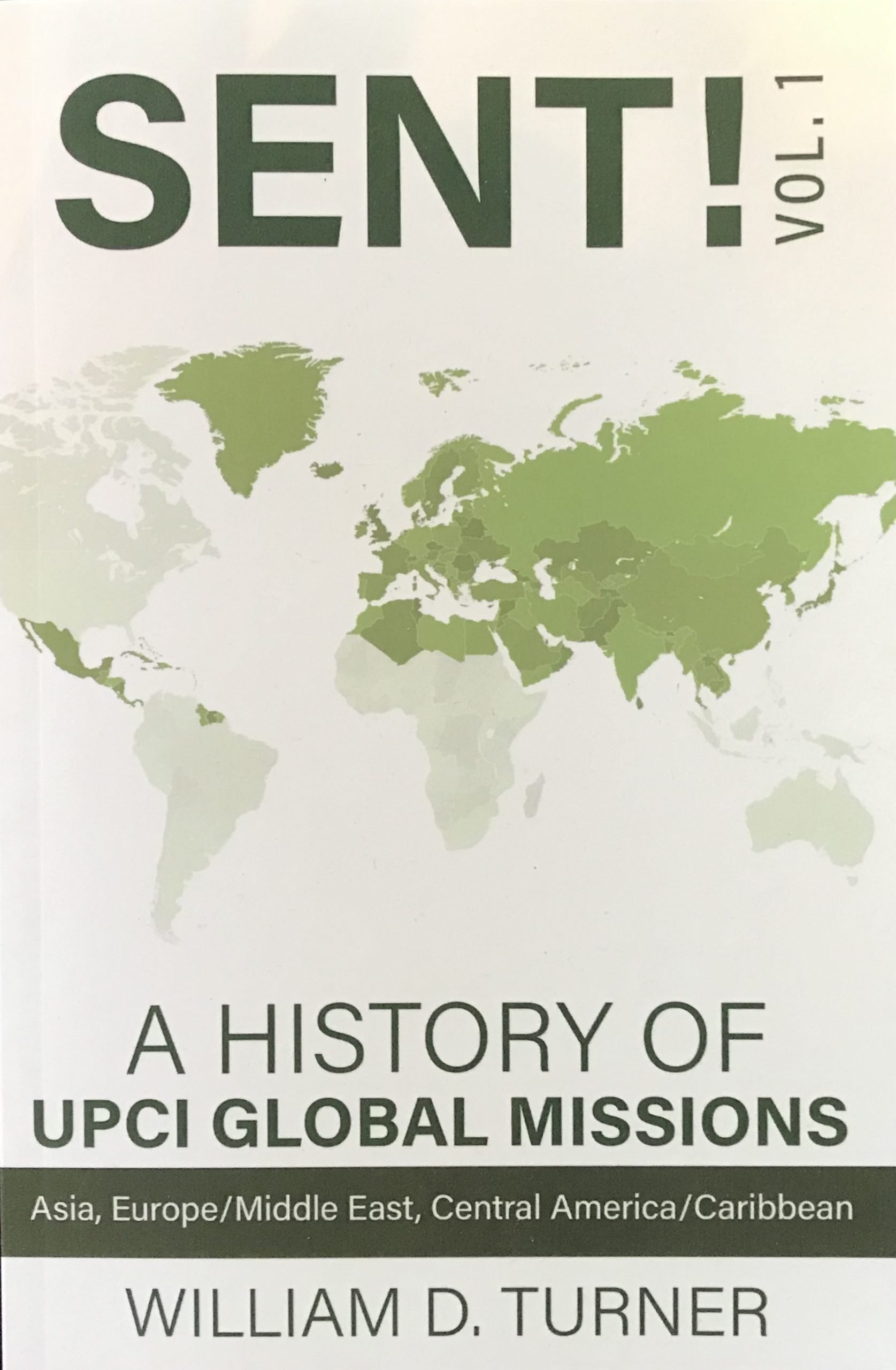 The UPCI started with approximately 4,000 to 4,500 constituents overseas, and it grew to nearly 4.2 million. How did it grow to such a large amount in just seventy-five years? The answers are revealed in the pages of the new book, SENT! Vol. 1: A History of UPCI Global Missions by William D. Turner. This is an exciting new look at the historical struggles and victories of Global Missions efforts in the United Pentecostal Church International.

Bro. William Turner recalls, “Bro. Bruce Howell, Director of Global Missions, asked me to head up a committee to write an updated history of Global Missions in conjunction with the 75th anniversary of the founding of the United Pentecostal Church International in 1945.” He goes on to say that this committee was made up of himself, Sis. Darline Royer, former missionary to Uganda, and Bro. Dorsey Burk, former Executive Assistant of Global Missions.

In the process of writing this updated history, they realized it would be too much for a single book, so they decided to split it up into multiple volumes. Bro. Turner wrote this first volume, and it covers Central America, the Caribbean, Europe, the Middle East, and Asia.

Bro. Turner explains, “Numerous missionaries have written accounts of their own experiences in a particular field, and there are a lot of interesting self-published books. There was also one other history of Global Missions that Bro. Daniel Scott, missionary and Regional Director to South America and Administrative Assistant in Global Missions, wrote in 2009.” He continues and says, “As Bro. Howell says, what we are doing is more of a narrative account. Bro. Scott provided a good resource for the unfolding story of Foreign Missions, as it was called in those days, but we are attempting to personalize it a little more.”

This moving account of Global Missions begins with a brief history of the merger in 1945 and extends to the present day with stories that will surely build your faith. In providing a glimpse of the content, Bro. Turner says, “I believe the United Pentecostal Church came into being at a turning point in history after WWII. It was like a historic henge, and everything changed after that.” He is hopeful, saying, “I believe we are entering into the most extraordinary revival and harvest that the church has ever seen, and the Lord of the harvest is putting this new generation of Apostolics into a position for great revival.”

If you are interested in buying SENT! Vol. 1, you can purchase it as a paperback or ebook through www.pentecostalpublishing.com.