A Canadian father may have violated his province’s human rights act by asking the age and gender of a potential babysitter, according to legal documents in the case.

The dad had placed a classified ad on the Canadian website Kijiji.ca. Among the applicants was one that said the person knew CPR, first aid, had a clean criminal record and had seven years of experience taking care of children. The father replied by asking the person’s age and gender, and the applicant responded by writing: “I’m male and 28 years old.” But when the father’s dinner plans fell through, he stopped corresponding with the individual, who was one of numerous applicants.

The Justice Centre for Constitutional Freedoms is representing the father, asking for the complaint to be dismissed.

“To prohibit parents from asking such basic questions as potential babysitters’ age and sex prevents parents from fulfilling their obligation to responsibly make decisions concerning the care of their own vulnerable children,” the letter said.

A South Carolina town has lifted its ban on the holding of worship services at its local civic center. Local authorities in Edisto Beach decided to scrap the new rules after being put under pressure by a federal lawsuit filed by a local church.

“Defendant Town of Edisto Beach covenants that it will treat ‘religious worship services’ on equal terms with other community groups and uses in its Civic Center policies, including its Facility Use Guidelines,” the agreement reads, according to documents released by Alliance Defending Freedom.

The town agreed to issue the congregation with $3,112.85 in compensation and must also pay the group’s legal fees which amounted to some $50,000.

“We commend Edisto Beach for lifting its ban, which was inconsistent with the town’s own statement that it welcomes ‘civic, political, business, social groups and others’ to use its civic center,” ADF Legal Counsel Christiana Holcomb explained in a statement. 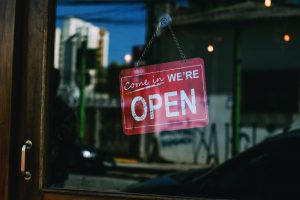 There are some companies who are well-known to be deeply religious. Chick-fil-A, for example, demonstrates its openly Christian ethos through refusing to open on Sundays.

Other businesses, however, are a little more subtle about their roots in the faith.

Tyson Foods is the world’s second-largest processor and marketer of popular foods such as chicken, beef and pork. According to its website, the company employs a Christian ethos by seeking to “pursue truth and integrity,” and is “committed to creating value for our shareholders, our customers, our team members, and our communities.”

That’s right, your favorite premium shoemaker is a company steeped in Christian values. The firm’s CEO Jeff Swartz, has become internationally-renowned for his commitment to social responsibility and ethical manufacturing, even if it means sacrificing some profit margins.

Texas-based battery company, Interstate, has become a leader in the field of electrical power source distribution. From small, humble beginnings in the 1950s, the company has grown exponentially. According to Beacon Wealth, the company’s mission statement declares its core aim as being to “glorify God as we supply our customers worldwide with top quality, value-priced batteries, related electrical power-source products, and distribution services.”

The famed pretzel-maker Anne Beiler started her business back in 1988, and has been committed to running an ethical and people-centered business ever since. “From day one 30 years ago, giving back has been woven into the fabric of the company,” the business states on its website.

What you might not know, however, is that Anne herself is a devout Christian and the driving force behind the company’s Christ-centered mission.

An internationally-renowned Yale professor has ditched his belief in the theory of Darwinism, arguing that “intelligent design” should be taken more seriously.

Professor David Gelernte insisted that the theory of evolution contains a number of holes and flaws and warned the critics of intelligent design to stop attacking the theory out of a place of anti-religious sentiment.

“Darwin’s theory predicts that new life forms evolve gradually from old ones in a constantly branching, spreading tree of life,” the professor wrote in a paper titled, “Giving Up Darwin.” “Those brave new Cambrian creatures must therefore have had Precambrian predecessors, similar but not quite as fancy and sophisticated. They could not have all blown out suddenly, like a bunch of geysers.”

On intelligent design — the theory that God must, by deduction, be the force behind the creation of the universe, Gelernte noted that it was “first, and obviously most intuitive [theory] that comes to mind.”

A House Democrat is criticizing the inclusion of “so help me God” in congressional oaths, saying it’s both unconstitutional and “preposterous” to force everyone to affirm such a belief.

As Christian Headlines previously reported, U.S. Rep. Jared Huffman (Calif.), who is the only non-religious member of Congress, told the television show Freethought Matters that his Democratic colleagues “backed down” on the issue earlier this year. Freethought Matters is produced by the Freedom From Religion Foundation.

But then, Republican Rep. Liz Cheney (Wyo.) and others “went ballistic,” he said.

“Unfortunately, my Democratic colleagues backed down,” he said. “… It’s unconstitutional to require a witness in congressional testimony to affirm an oath to a deity they may not even believe in or to affirm an oath to a singular deity when you might be a polytheistic Hindu for example. It’s just preposterous. … It strains credulity.”

Huffman, who was raised Mormon, calls himself a “humanist,” although his beliefs are similar if not identical to atheism.

“Atheism seems to bring with it the notion of being anti-religion as opposed to non-religious,” he told the Guardian this year. “I prefer non-religious because I just want everyone to make their own religious choices. I’m not against them having religion.