1. What has been your message to your church about this crisis?
2. Have you had anyone within your greater church family that has contracted the virus?
3. What precautions is your church taking to lower risk?
4. Do you feel the national response has been excessive or not enough? What do you think we should or should not be doing?
5. Is this a fulfillment of end time prophecy and what do you see this leading to?
6. Will we see a recession or depression as a result of this? Will it financially impact your church? 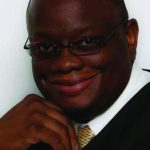 I don’t think things have been overdone at all. Viruses are real and they are deadly. As a medical professional, I think we should have taken more aggressive steps and shut things down for two or three weeks. By us procrastinating on that, it has caused the virus to have a hold on our country. It never should have happened.
Faith has its role in the situation, and it is relevant, but being in compliance is not something the Church should feel is an attack on our faith. We shouldn’t look at this as us against the world. Every aspect of society has been affected, sinner and saint. It could have dire consequences on The Church if we don’t take heed to some of the advice that is given us.
sbarryjones@aol.com 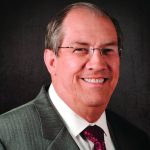 I’ve been astounded at the energy President Trump has displayed. His business experience has served our nation well. He has ramped up our medical abilities so fast it has been amazing to watch.
When this thing hit, I looked up the word “pestilence.” A synonym for the word pestilence is pandemic. The more I thought about it, the more I realized Jesus was probably prophesying about this pandemic and others.
It could well be judgment from God because there’s a lot of ungodliness in our world and sometimes God does send judgment to bring people back to Him. The Bible said when judgment is in the land, people learn righteousness. According to Matthew 24, shortly after these things, there will be a peace agreement between Israel and the Palestinians. President Trump released his peace agreement he’s been working on for three years. The conditions it calls for match what the Bible calls the Confirmation of the Covenant. When this peace agreement is enacted, it will mark the seven-year countdown to the Battle of Armageddon and the second coming of Jesus Christ. Those final seven years will contain more fulfilment of Bible prophecy than any other seven-year period in the history of mankind. Many of us who understand the prophecies have been very excited.
A lot of our people are working at home. The ones that do come are being careful at maintaining distance, but as these things gather steam, we’re going to have a huge job to do. We think the busiest time for Endtime Ministries is just ahead, so we’re gathering up for it now. 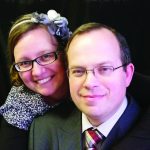 We’ve encouraged the church to follow the orders of our local government. There’s a fine line between exercising your faith and damaging your witness. We have an opportunity to be a great witness in the area of social responsibility and we don’t want to be seen as rebellious towards the government God has put in place.
It’s better to err on the side of caution, so we stopped having services a week before the stay home orders were given. We’re streaming and we’ve turned our dining room into a studio.
When we come out on the other side of this, we are going to have a stronger witness for it. The Church will be in continued Revival and we will see an even greater harvest.
pastorbeavers@harvesttempleupci.org 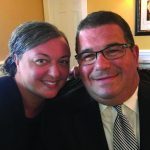 I believe this entire thing was orchestrated for the church. God has shut down all our peripheral ministries and everything we’ve added on that we call good church and stripped us down until all we can do is pray and preach the Word.
Some people are just hunkered down waiting to get back to business as usual. Others are going to come out of it and the way we operate is going to be radically different.
The Lord said in II Chronicles 7:13 when you see pestilence, locusts and drought, there’s wickedness among my people that they need to repent of. We are seeing those three things happen globally right now. That is not a call for the world to repent. It is a specific call to God’s people for repentance.
krandallpate@att.net 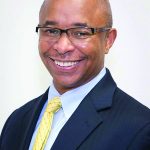 We’ve been trying to speak to faith, to encourage the people to smile amidst the darkness; smile and to find a song when everything around them is turned upside down.
A lot of our saints are in healthcare. In some of our hospitals they have seen one to two dozen people die within the space of 24 hours alone. That is a shock to the system, even to healthcare workers who are acquainted with people dying. They want to do more, but because of the volume of people at death’s door, they are not able.
A dozen of our members have contracted the virus. I don’t think there are churches in the New York Metro Area that have not been touched with either people ill, in ICU, or people who have died. Unfortunately, one of our churches has lost 5 people to Coronavirus.
So far, the economic impact has not hit us hard yet because a large portion of our congregation is in education and health care and those are considered necessary industries; they’ll be financially impacted the least. However, we’ve got many trade people, and trades that have not been designated as necessary that have been shuttered, so we believe we are still a few weeks away from seeing truly severe effects. Some of the congregations in the New York Metro have already felt the blade immediately.
From the standpoint of New Yorkers, everything has been slow. Nobody thought we would get hit badly. Our officials, though they started slowly, ramped it up as quickly as possible.
This is a part of the wake-up call to the people of God. We’ve constantly read the scriptures, but we didn’t really have a concept of what the end time was. And this is just “scratching the surface.”
lgrahamjr@oneness.nyc 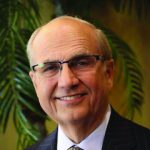 I see the advantages of some of what they are doing in trying to get people to take this seriously, but they may have been drastic in some of the other things they’ve done. They should have realized the virus was here before they did. Looking back, some of the people in our church think they may have had it the first of January.
My message to our church is that we need to be fearless, but not reckless.
No matter what the source of this pandemic is, whether it’s the judgment of God or it’s the devil working in the land, it’s to benefit the world. God is trying to draw the world back to Himself. I think it’s working. People are getting serious about the Lord.