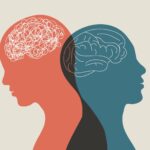 Churchgoers who attend a house of worship at least weekly are more likely than non-churchgoers to rate their mental or emotional health as “excellent,” according to a new Gallup survey that found that religion had a positive impact during the pandemic.

The poll found that weekly churchgoers finished at the top among fourteen subgroups on mental and emotional health, with forty-four percent of weekly churchgoers rating their own mental or emotional wellbeing as “excellent.” Those who attend church nearly weekly or monthly (thirty-eight percent) or seldom or never attend at all (twenty-nine percent) were less likely to rate their mental and emotional health as excellent.

“Americans who attend religious services weekly are notably more emotionally resilient than those who are less religious,” Gallup’s Megan Brenan wrote in an analysis.

The findings, according to Brenan, suggest that the “public continues to grapple with the emotional effects of the pandemic twenty months after it first began in the U.S.”

Weekly churchgoers saw a slight decrease from the 46 percent in 2020 who rated their mental and emotional health as “excellent.” Still, the forty-four percent of weekly churchgoers ranked higher than every subgroup, including Americans who make more than $100,000 (forty-one percent). The forty-four percent also ranked higher than Republicans (forty-two percent), Democrats (twenty-eight percent) and Independents (thirty-three percent).

The poll was conducted in November among eight hundred-fifteen adults total.